In World of Warcraft Patch 6.2, we're introducing a new series of seven different weekend Bonus Events, two of which will feature Timewalking dungeons—one in Outland dungeons for characters level 71 and higher, and another in Northrend dungeons for level 81 and higher. When you Timewalk these dungeons, your character’s power and gear will be scaled down to a fraction of what they normally are—and as you may have never ventured into some (or any) of these dangerous places, it might be a good idea to prepare yourself now.

The mighty Tempest Keep was created by the enigmatic naaru: sentient beings of pure energy and the sworn enemies of the Burning Legion. In addition to serving as a base of operations for the naaru, the structure itself possesses the technology to teleport through alternate dimensions, traveling from one location to another in the blink of an eye.

With Outland serving as the strategic battlefront in the Burning Crusade, the naaru used Tempest Keep to reach the shattered land. However, when the naaru set out from their stronghold, Prince Kael'thas and his blood elves quickly raided the dimensional fortress and assumed control over its satellite structures. Here, guided by some unknown purpose, Kael'thas manipulated the keep's otherworldly technologies, using them to harness the chaotic energies of the Netherstorm itself.

The Arcatraz is one of Tempest Keep’s three wings—a prison for some of the most dangerous entities the naaru encountered in their travels among worlds. 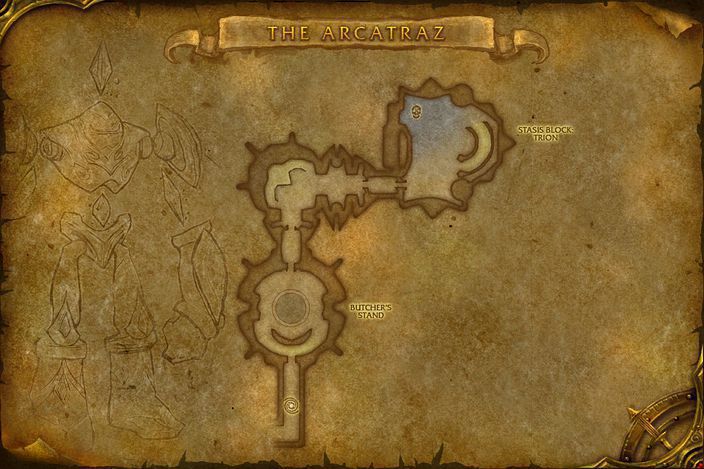 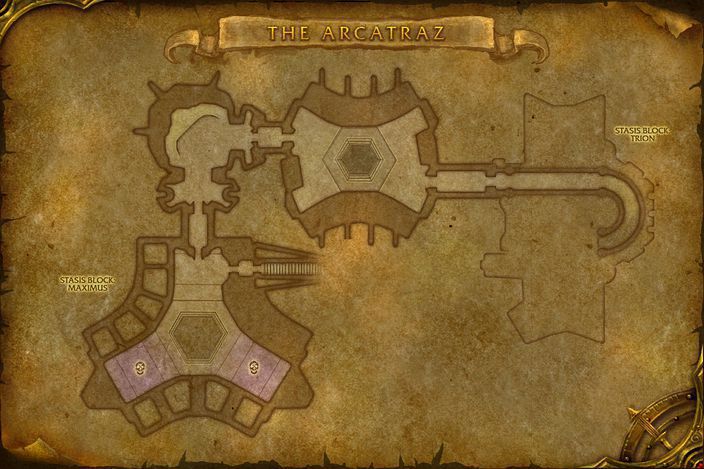 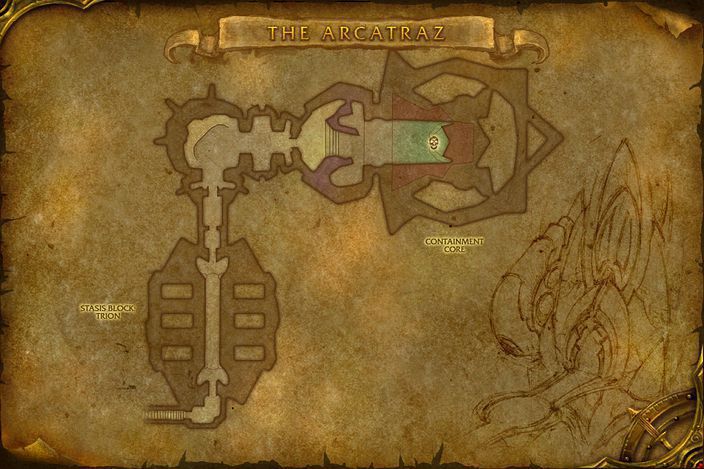 Most creatures from the Twisting Nether require constant directions from their masters, but a select few voidwraiths need no such orders. Zereketh stands at the entrance to Arcatraz, ready to slay all who would dare challenge him.

Before she was imprisoned by the naaru, Dalliah was one of the most vicious and aggressive warriors within the Burning Legion. Spending so much time as a cellmate to Wrath-Scryer Soccothrates did not improve her disposition either.

Millennia ago, Soccothrates held a position of honor among the Wrathguards, standing at the side of the Burning Legion's top commanders. Confinement did not suit his considerable ego. Neither did his cellmate.

The naaru believed the persuasive voice of Harbinger Skyriss was silenced when they contained him and forced him into a long, dreamless sleep. The unfortunate warden of Arcatraz learned the naaru were wrong.

If you haven’t earned these achievements already, completing the dungeon will award The Arcatraz and Heroic: The Arcatraz , the latter of which is required for Outland Dungeon Hero.

Killing enemies in this dungeon increases your standing with The Sha’tar. For a full breakdown of what you can do with Sha’tar reputation, check out Wowhead and Wowpedia.

Get in There and Fight!

Timewalking dungeons are coming to WoW with the upcoming Patch 6.2. Keep an eye out for the weekend-only quest A Burning Path Through Time, which rewards a Seal of Inevitable Fate when you complete five Burning Crusade Timewalking dungeons.

Do you have any Arcatraz tips for your fellow players? Let us know in the comments below!