Before the broadcast was live, storylines had already begun. Champions of the previous cup BOYZZ were nowhere to be seen after an earthshock-ing result at the hands of Æerø die Maschine.

Madness and mayhem, but Method prevails

It has been a crazy year for Method: Triforce. Fresh off the roster’s second consecutive World Championship victory, the team were favorites to take the year by storm. However, after finishing outside of the top 8 twice, and swapping around their fourth member multiple times, we all started to question what happened to the team who had dominated WoW esports in previous years. Method quashed those questions and proved to everyone that they are still a force to be reckoned with as they secured their first win of the year! 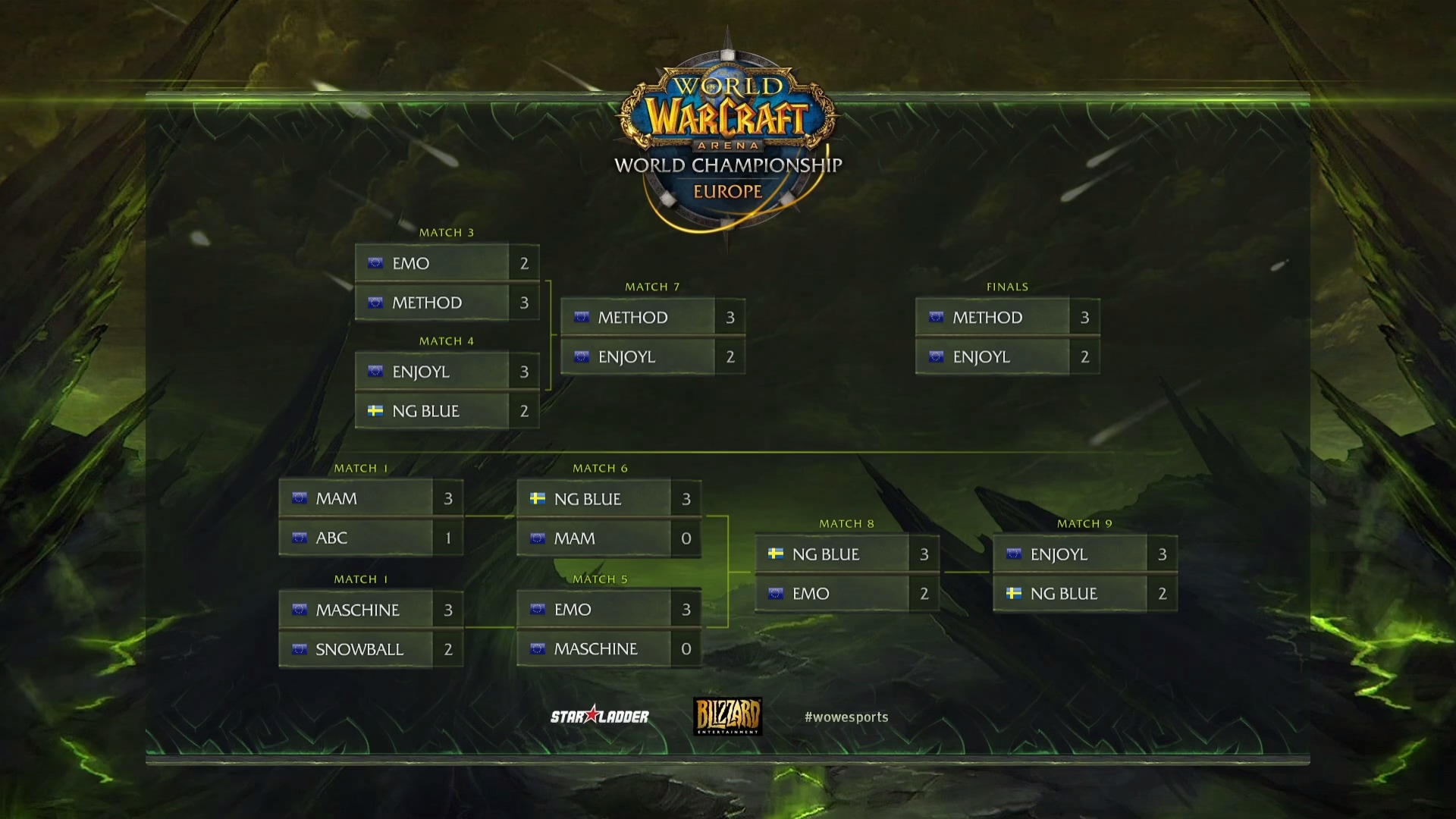 Enjoy Legion sits at the top of the Europe standings, putting them under the microscope of every analyst – and yet they are still full of surprises. In the grand final, Enjoy Legion swapped to 3 alt classes to bring out Rogue/Mage/Priest, taking games off the two times World Champions, Method: Triforce.

The name may be a handful, but fortunately for our tournament new-comers so is their game play! The rookie roster brought out a unique composition with their Enhance Shaman, Marks Hunter, Resto Shaman – and they are our 10th team to pick up points this year, taking them one step closer to the Regional Finals!

Looking for a specific match up? You can find them all here!

You can also head on over to our Leaderboard or our Dedicated esports page to catch up on all the latest details.