Week 3 of the MDI European Regional Group Stage kicked off with an immediate upset when the eighth seed, Games Revolted, knocked off the number one seed, Method in the first series of the tournament. This left Method with a tough path through the lower bracket for a chance at the regional final, and a seat at the live event on June 22. An improbable feat for any team, even one as talented as Method. 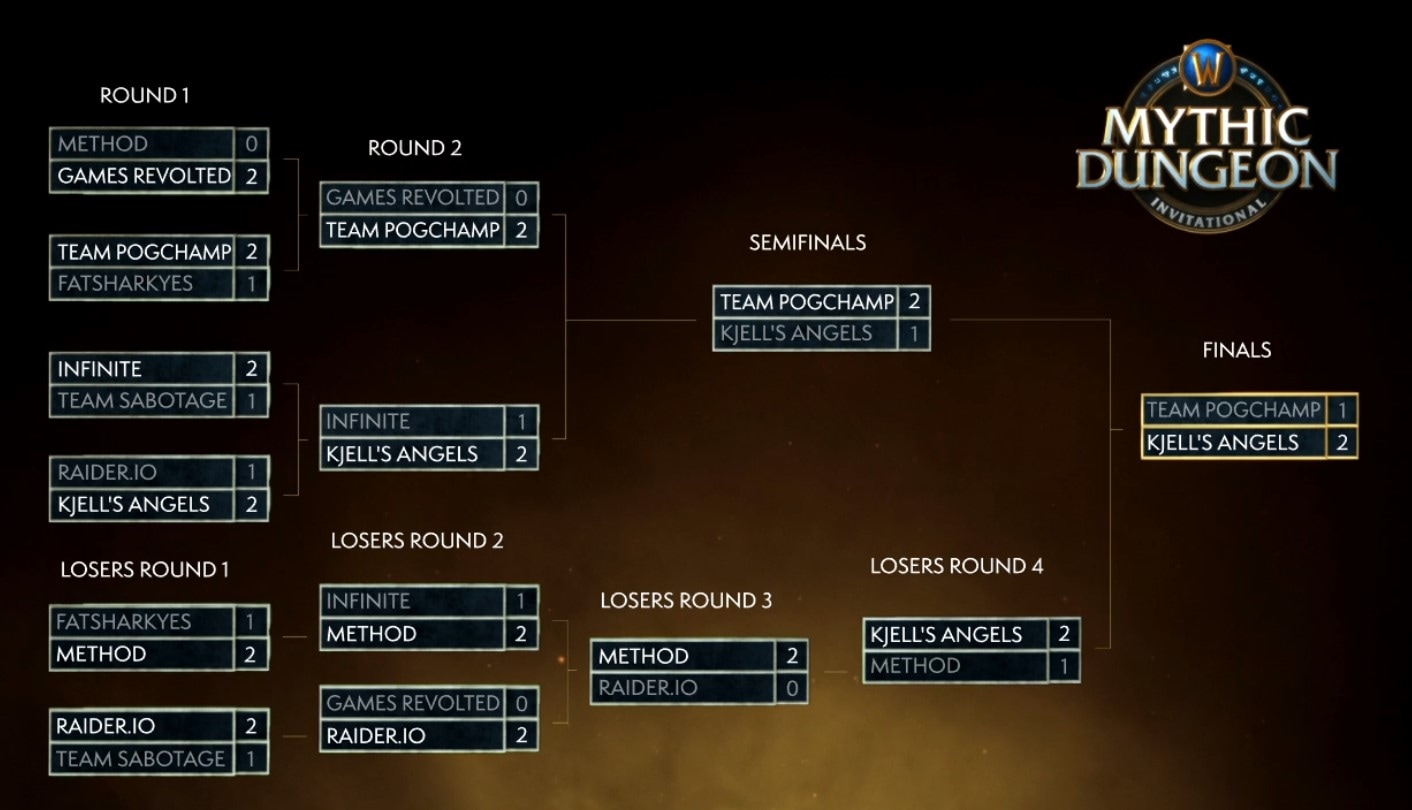 Competition in Europe was very strong. Several matches came down to just a few seconds between team finishes, with some relying on the death deficit to decide the outcome. Sixth seed, Kjell’s Angels, managed to take out third seed Raider.io in the first round; first by mere seconds in Maw of Souls and again in Vault of the Wardens to take the series. Later Kjell ’s knocked out second seed Infinite in a reverse sweep by a 2-second margin in Lower Karazhan, despite Infinite’s 15-second death deficit. Finally, Kjell’s Angels crushed Method’s last chance at the Europe finals with surgical precision in Vault, the same map where they would go on to defeat Team Pogchamp for the tournament championship.

Seat of the Triumvirate is easily the most challenging dungeon in the MDI, filled with tightly placed trash packs that pose the threat of pulling more than intended and unforgiving boss mechanics. In the China regionals, Skyline.D showed us that even though clean pulls and nearly flawless Seat runs are possible, it comes at the expense of time. Skyline.D and Kjell’s Angels’s death counts were similar, but Kjell’s managed to shave off more than ten minutes from their run.

Sizing up the Composition

Despite the peculiar compositions seen during the time trials, we expected the EU teams to bring traditional compositions, based on the first two regional events. Fatsharkyes and Method threw curveballs during their Upper Karazhan match by opting not to bring healers. Method deviated further from tradition by bringing an extra tank in the healer’s place. Unlike team No Healer from China, both teams had Paladins that switched to their healing spec for the remaining matches in the series. Method played this dungeon pristinely, but their damage output was considerably lower than that of Fatsharkyes, which ultimately cost them the match by four seconds.