“Best served chilled?” Kenn Øster “Zaelia” Rasmussen read aloud from a juicebox backstage.
“Well, I’m chilled,” he continued, heading back to sit with his team, “but I don’t know about the juice.”

On the final boss, with less than 3% on boss HP separating the two teams, everyone began screaming, and Chinese team Team D finally took it 4 seconds faster than Abrakeydabra to rapturous applause. The Method teams stood up and gathered their peripherals, filing out of the lounge to prepare for the upcoming matches.

Joseph "Spider" Cooper turned to his Fullscreened teammates in the now-silent room.
“That was sick,” he said.

Despite taking out the first dungeon of the day, it wasn’t to be for the Chinese team. After Abrakeydabra’s 2-1 win, Anastasios “Elserat” Rafaildiis threw his arms open as he approached Team D’s Bin “Abb” Xu. “My boy!” Elserat said, wrapping Abb up in a big friendly hug.

“I’m not feeling very good about the loss,” Abb said afterwards through a translator, “we can do better.”

Although he was feeling terrible about their performance, Abb said that he really enjoyed the tournament overall and loved being in Australia—except for the food. He said they’ve been practicing in the hotel most of the time and hadn’t had the chance to go out and try

Sydney’s renowned offerings. “We’re going to go out now and find something Australia is famous for,” he said.

Abb said it was an honor to have represented MDI East at the Spring Finals, and when asked if he and his team would be trying again next season to get a spot at BlizzCon, he broke into a large grin and said in perfect English, “Of course!”

Abrakeydabra’s run ended in the lower-bracket finals, falling to Method NA 2-0, setting up the familiar story of Method NA vs Method EU in a grand final match. Method NA took the first dungeon, Siege of Boralus, in a massive upset after the European team stumbled between the last two bosses.

As Zaelia ran back from a bathroom break after that first dungeon loss, Abrakeydabra’s Thanh Lam “Swag” Nguyen called out “Good luck!”

“I don’t need it!” Zaelia replied as he trotted away, not looking back.

It was difficult not to—all teams here greatly respect both Method teams at best and fear them at worst, but many teams practice for what it will take to beat Method NA, the weaker of the two by record. It seems more achievable to them. Yet here the North American team was seemingly pulling off the impossible; breaking a curse that had hounded them all year.

As the match moved into the third dungeon, Shrine of the Storm, everyone audibly gasped as Method EU wiped early—none louder than Method team manager Shanna “Darrie” Sarr. It was only yesterday that she had seen her North American team crushed by her European team. “The agony and the ecstasy,” she had muttered while simultaneously consoling and congratulating her players.

But in this moment, tears began rolling down her cheeks as she watched her underdogs finally prove what they were capable of against their good friends and greatest adversaries. When the final boss fell, she put her head down and sobbed as Method NA jumped from their seats, screaming with joy.

It’s hard to break free from the mold that those around you put you in—if enough people believe you are beatable, it’s difficult to think any differently of yourself. But Method NA believed they could do it, no-one more so than captain John "Jdotb" Daniel.

“It had to happen eventually, that we beat them,” he said breathlessly, elatedly, in his post-game interview, ”so I’m glad it was now.” 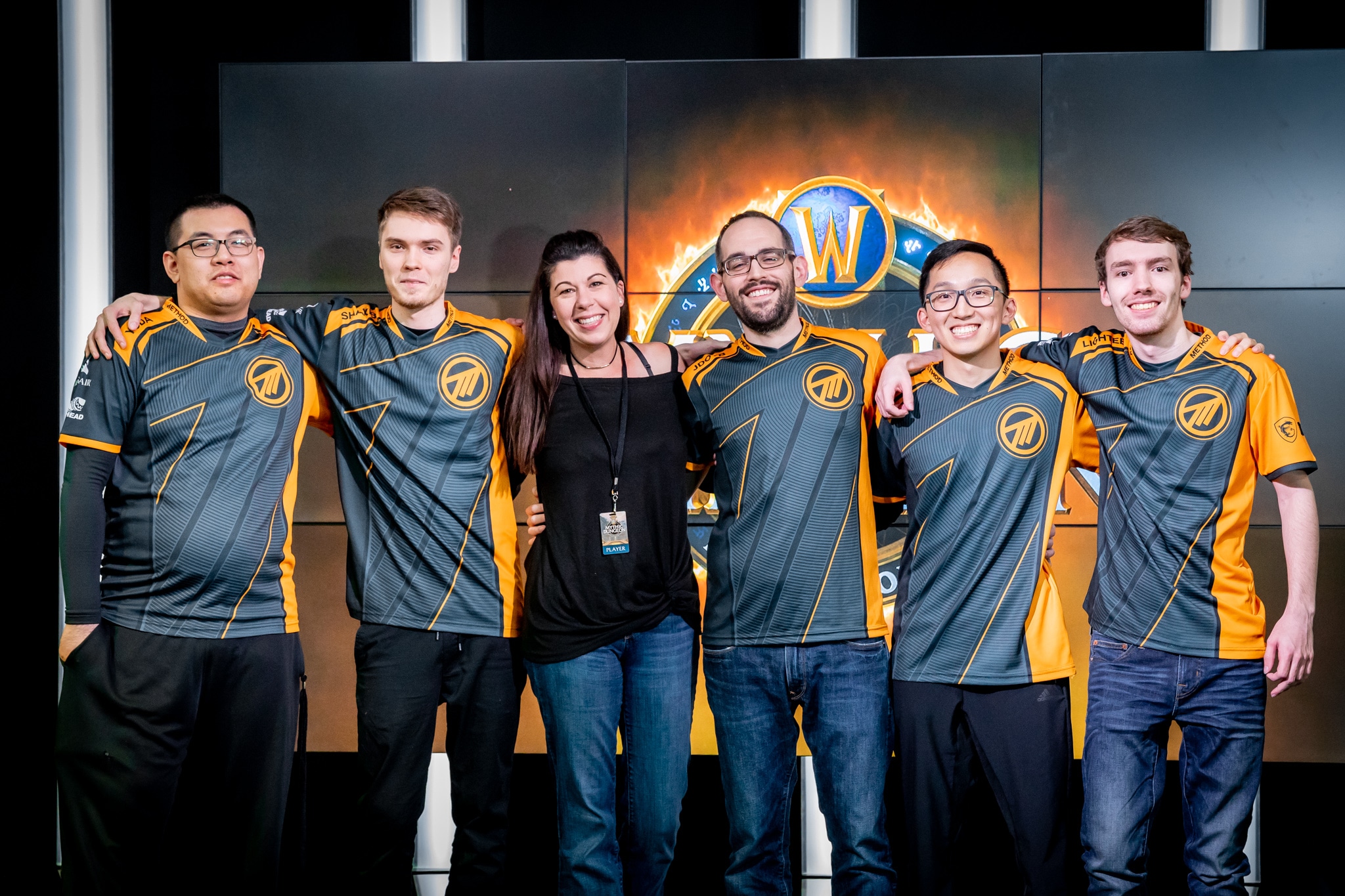 Relive the MDI Spring Finals in our previous coverage (East Meets West and The Doctor Is In), check out the bracket at Raider.IO, and stay up to date with all things World of Warcraft on Twitter.