The Arena World Championship (AWC) is one of the most prestigious PvP event in the world (of Warcraft and otherwise) and cups are starting up again for the final AWC season in Battle for Azeroth. Excitement in moderation is not recommended, it’s time to get HYPE. Watch exclusively on YouTube.com/Warcraft starting May 22.

To help protect the health and safety of players, staff, and partners, the 2020 Arena World Championship Battle for Azeroth season will be held entirely online. We have also made some necessary and innovative new changes to the format of AWC outlined here. 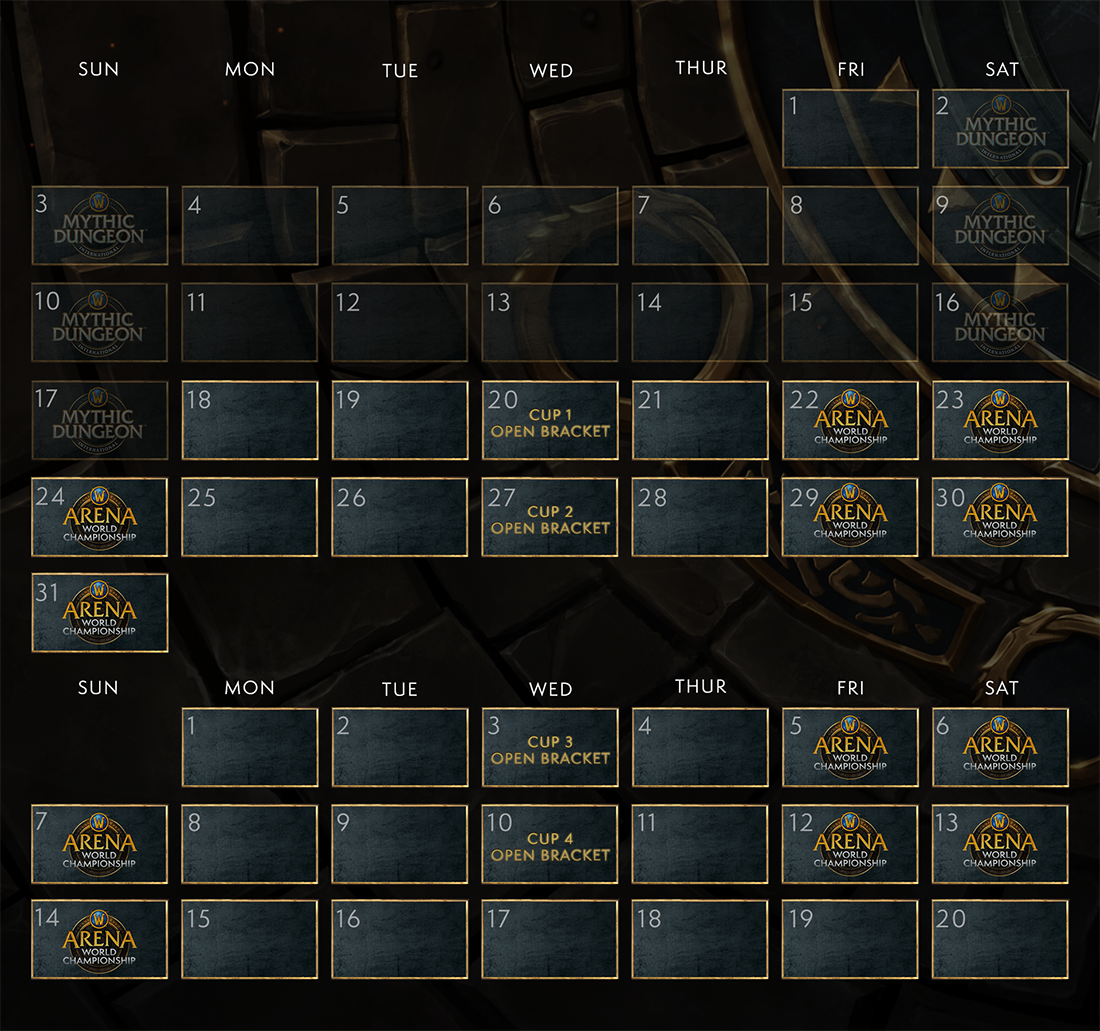 The AWC will be broadcast exclusively on YouTube.com/Warcraft on Fridays, Saturdays, and Sundays. Each broadcast day will begin at 10 a.m. PT / 7 p.m. CET, live on YouTube.

Check out our schedule page for a full list of broadcast days and times. 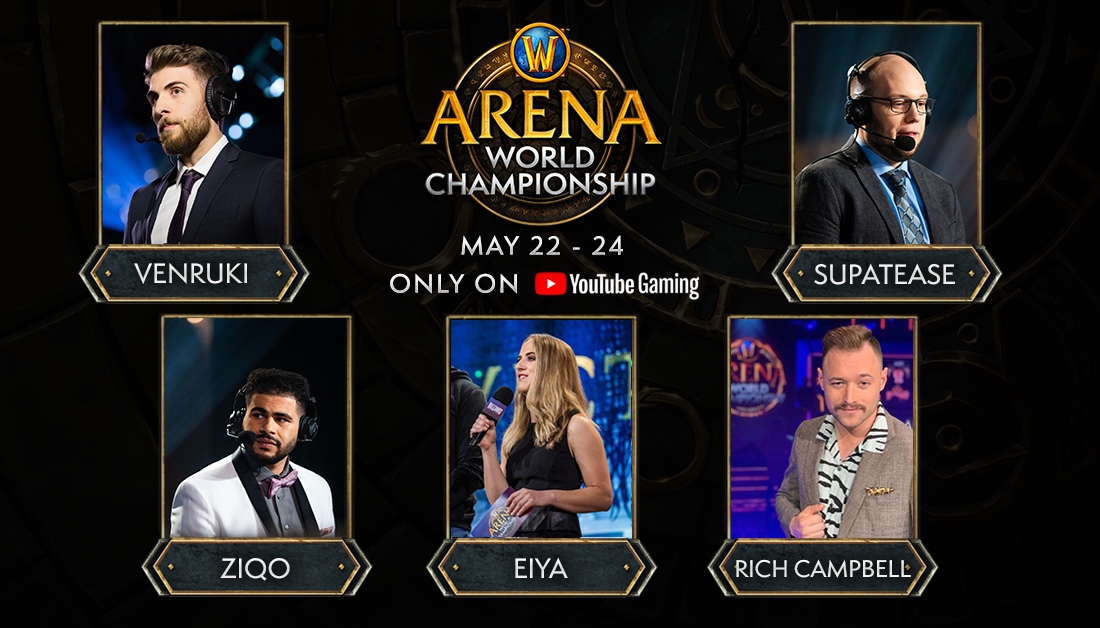 Other than becoming an Arena World Champion at the 2012 Global Finals in Shanghai, Venruki is also known for providing expert analysis and commentary for AWC tournaments. He has been playing and competing since 2008, achieving his first Rank 1 title in Season 3 and competing in Blizzard and community tournaments still to this day. You can catch Venruki at Twitch.tv/Venruki with high-end PvP gameplay in both World of Warcraft and WoW Classic.

Sid has been bringing the hype to WoW tournaments as a play-by-play caster since 2014 and has been an avid Arena player for years achieving multiple rank one titles. Outside of WoW, Sid has transformed his life by losing 90 pounds and committing himself to a healthier life. You can catch Sid on stream flexing his musical prowess with flute solos, and freestyle rap commentary of his gameplay.

The Sorcerer of Stockholm. Ziqo has achieved #1 titles in every expansion, playing World of Warcraft since he was a kid. Equipped with deep knowledge of World of Warcraft combined with his iconic laugh, deep voice, and unusual haircuts we couldn't think of anyone better to be our expert analyst for the AWC broadcasts.

Gillian “Eiya” Long started working in esports in 2016. She has worked as a stats producer, observer, and tournament admin, and her passion for WoW esports is evident behind the camera and in-front. A WoW fan since Burning Crusade, Eiya debuted as sideline reporter & host last year and she hasn’t stopped since. Most recently she hosted Method Mayhem and the Mythic Dungeon International.

Rich is not only considered one of the best World of Warcraft players of all time - in every aspect of the game and on every spec, but he is also very good at talking, and making it all look good while doing it. He first started hosting WoW arena in Warlords of Draenor and since has gotten to travel around the world with the show. Rich is excited to be back for what looks like the best year of WoW Esports yet.

Check out our schedule page for a full list of broadcast days and times.

Stay connected and stay on top of the latest news by following us on YouTube and the brand new WoW Esports Twitter.  Check out the broadcast schedule on our esports page. Good luck, and have fun!