During the first few weeks of my military training, my commanding officer sent me to Hellfire Peninsula on a recon mission to scout for malicious fel orc activity. Simple enough task, I thought. Getting around was fairly easy. Being unseen was a breeze. Smiting angry creatures who got in my way was a cake walk . . . and then I encountered the Fel Reaver. Rawrararar!!

I’ll never forget the sound it made and how it pierced my eardrums just before a giant metallic foot stomped on me. Fortunately, it takes a lot more than a jerking pile of space junk to squash ol’ Payne, so with a few swings, it fel for good. See what I did thar?!

Several weeks later, while learning the ropes of battle strategy, I and several others from my company were sent into The Eye to confront the mechanical beast that Kael’thas summoned to guard his super-terrific palace of blood elfiness. It was no Fel Reaver, that’s for sure, and despite putting up a decent fight, it too couldn’t hold out against the mighty Payne and his comrades. My turn to rawrararar!!

Rumor now is that this beefed-up robot holds onto a miniaturized version of itself, and if you’re savvy enough with your own battle strategies, you could potentially seize the lil’ toy for yourself. Brief ’em, Crithto! 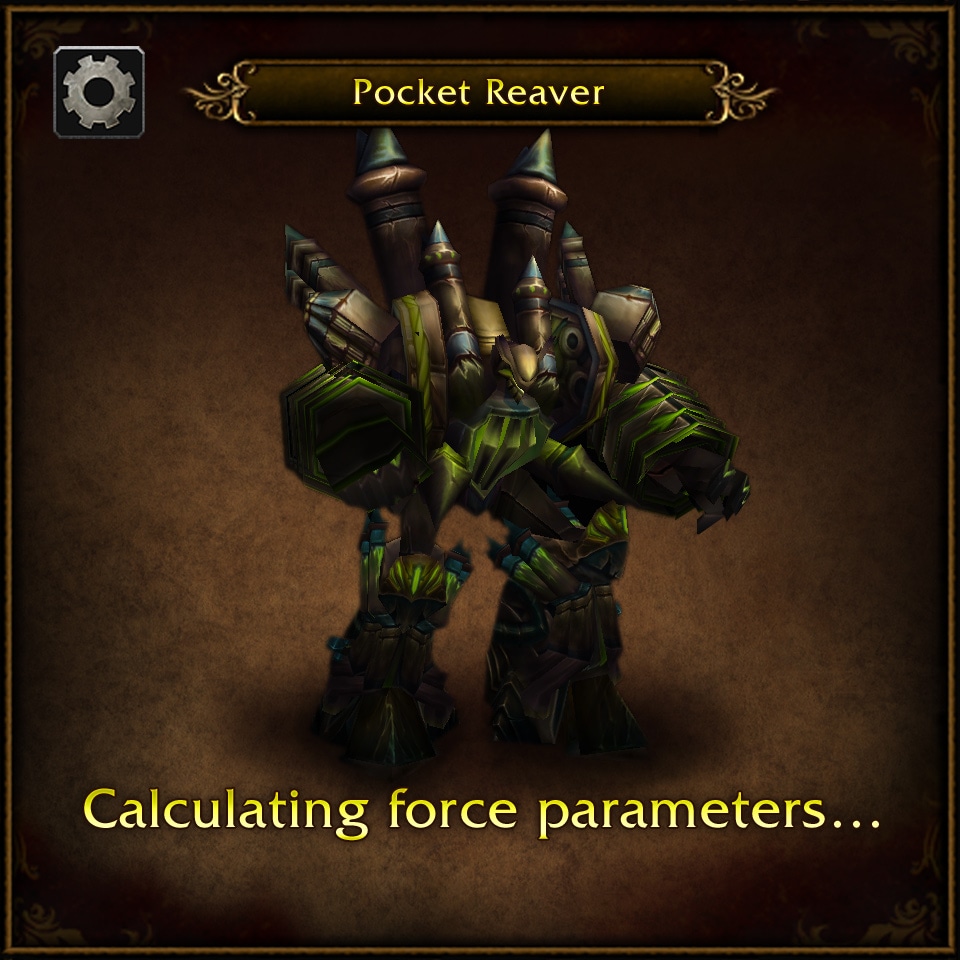 Crithto: Coursing with fel energy and cursed with an unstable chassis, the Pocket Reaver is a mechanical fiend you’ll certainly want on your roster. It’s got excellent utility spells, like Fel Immolate and Quake, which can quickly weaken your opponent’s team. For moments when you need to shatter bones, wind it up with Supercharge and let it go with Thrash. If you happen to have tamed one already, we recommend steering clear of Venture Trading Company outposts. These little guys love oil!

Look, it’s no mystery that you frequently visit The Eye in order to find the elusive Ashes of A’lar—ha ha, I have three of them!—so sending you back in to take down a monstrosity like the Void Reaver shouldn’t trouble your precious souls too much. Keep in mind, though, that the encounter must be handled very delicately using only wild, unadulterated brute force. There’s a conundrum for ya! Sigh . . . put down the bouquet of daisies and set course for Netherstorm, tamer.

Come join the discussion about this pet in our Pet Battles forum. You can also learn more about the Pocket Reaver by visiting WarcraftPets.com.