Heroes of the Alliance and the Horde have tested their mettle against the might of the sha, the Thunder King, and each other, but neither side could have predicted the boundless atrocities the Horde's warchief would commit.

Garrosh Hellscream's reckless thirst for power has led him to do the unthinkable: from beneath the Vale of Eternal Blossoms, he has seized the desiccated heart of an Old God to use as a tool of war, unleashing horrors upon the sacred valley. The brazen warchief has also turned against other members of the Horde to create a purely orcish force of his own. Now this "true Horde" is amassing strength within Orgrimmar's iron ramparts. With Garrosh bent on total victory, he plans to demonstrate the potency of the true Horde by conquering not just the Alliance but the whole of Azeroth.

It is up to you to purify the vale and bring Garrosh to justice. Should you fail, the frenzied legions of his true Horde will raze all you have ever known and mutate Azeroth into a hellish new Outland.

Destruction of the Vale
Something has gone horribly wrong. This once beautiful, seemingly untouchable land has been deeply and irrevocably scarred.

Preparing for Patch 5.4
Get an overview of vital information you need to know in preparation for Patch 5.4: Siege of Orgrimmar.

Flexible Raid Preview
Learn more about the new Flexible Raid difficulty as we work to improve the experience of raiding for an even wider range of players.

Gearing Up for 5.4
Get to the newest content as quickly as possible. This guide will help you navigate through your first days and weeks at level 90.

Proving Grounds Preview
Learn about a new feature for level-90 players to test their mettle or try out different class roles in a safe, controlled environment.

Timeless Isle: Take Your Time
A new land to discover, far away from what's going down in Durotar . . . and this new land is like no other before it.

The Time Has Come: Legendary Quest Line
Time to take inventory of the Black Prince’s quest line and find out what’s awaiting you in Patch 5.4.

The Burdens of Shaohao
Travel back to the time of the last pandaren emperor, a golden age before the land was enveloped by mist.

Feature Preview: Connected Realms
Learn about our efforts to provide players on lower-population realms more opportunities to group up, and connect with other players.

Raid Preview: Siege of Orgrimmar
It's time for leaders of the Alliance and Horde to lay siege to Hellscream's capital and topple the ruthless Warchief once and for all!

Tier 16 Raid Armor Preview
Before you head into the new Raid instance, here’s a glimpse at the Tier 16 armor sets you’ll be able to earn.

PvP Season 14 Armor Preview
Take a look at the Grievous armor sets that Arena and Rated Battleground competitors can earn in Season 14.

PvP Season 14 Begins
Season 14 has begun, and the Horde and Alliance are looking for new champions to carry their factions’ banners to victory!

Patch 5.4 Arena Update
Big changes are coming to World of Warcraft's Arenas that will make participating more convenient and competitive than ever before.

Dissecting Patch 5.4 Class Changes
Ghostcrawler wanted to take a moment to provide context for some of the Patch 5.4 class changes that we've been making.

Fansite Developer Interviews
We’ve reached out to many influential fansites and players in the community for the biggest round of developer interviews to-date!

Known Issues
Do you have an issue? See if we already know about it. 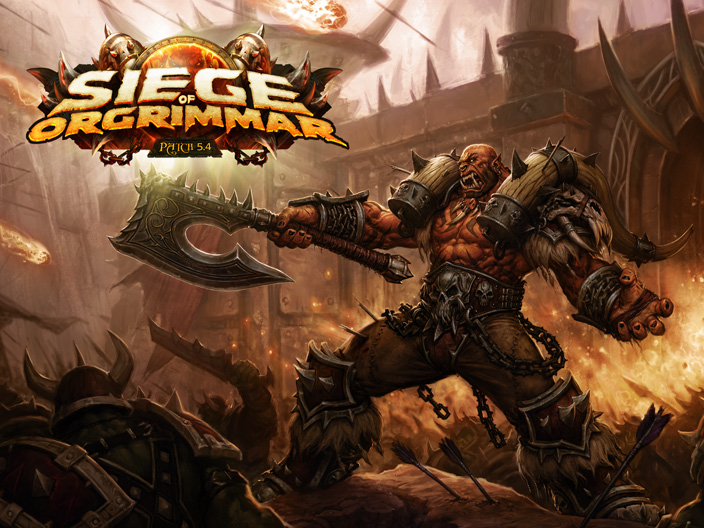