Every few days, combatants across Azeroth are called upon to focus their attention on one specific Battleground. From July 22–24, that Battleground is Twin Peaks, and we’ve put together a handy field guide to help you answer the call to arms.

Entry points: Speak with a Battlemaster in any capital city, or activate the Player vs. Player window (the default hotkey is H). From July 22–24, select the Call to Arms option and then click the Join Battle button to enter the queue for Twin Peaks.

Objective: Capture the enemy team’s flag three times before the match timer expires. If the timer expires, the team with the most captures wins. In the event of a tie, the team who made the final capture wins. 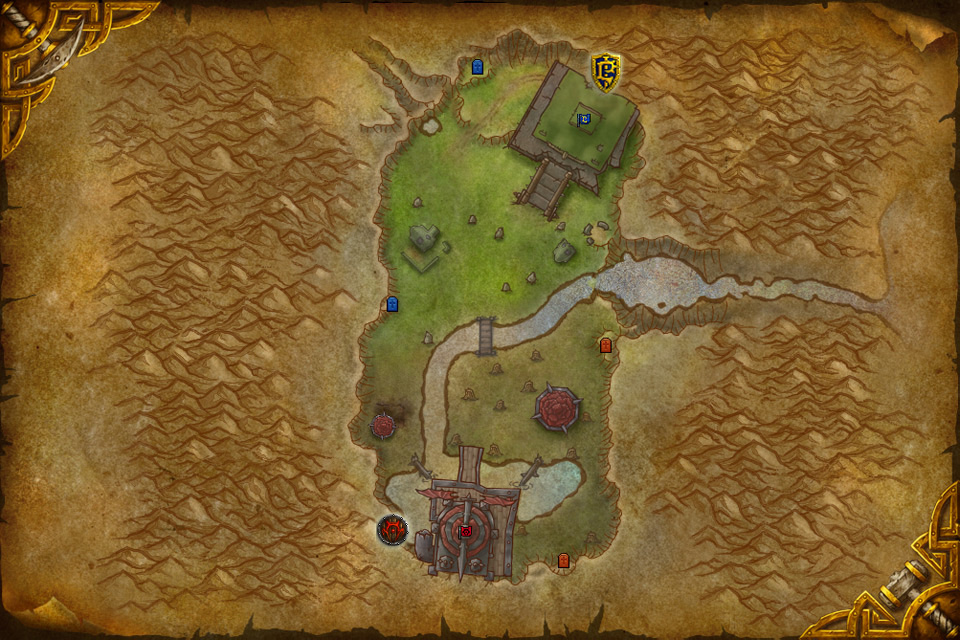 Among the more interesting achievements you can earn here are:

Twin Peaks is a game of capture-the-flag, and the team that does a better job of infiltrating the enemy base, grabbing the opposition’s flag, and returning it to home base without allowing their own flag to be grabbed wins. To interact with a flag, simply get near it and right-click on it. If you’re right-clicking on the enemy flag, you’ll become the flag carrier, and your goal is to score a capture by running it back to your base and touching it to your own, protected flag. If your opponent was carrying your flag and dropped it, right-clicking on it will return it instantly to your base.

Winning is a matter of playing both offense and defense, focusing fire on the enemy team while executing a strategy on the field that keeps your opponents away from the flags as much as possible. Twin Peaks has a main chokepoint: the bridge over the river that bisects the battleground. You’ll often hear players instruct others to get away from the bridge, and with good reason. The bridge can’t really be “held,” and a player who is running a flag can be stopped just as easily elsewhere. Successful teams often break into groups who are both protecting their flag-runner and preventing the enemy from picking up their flag in the first place. 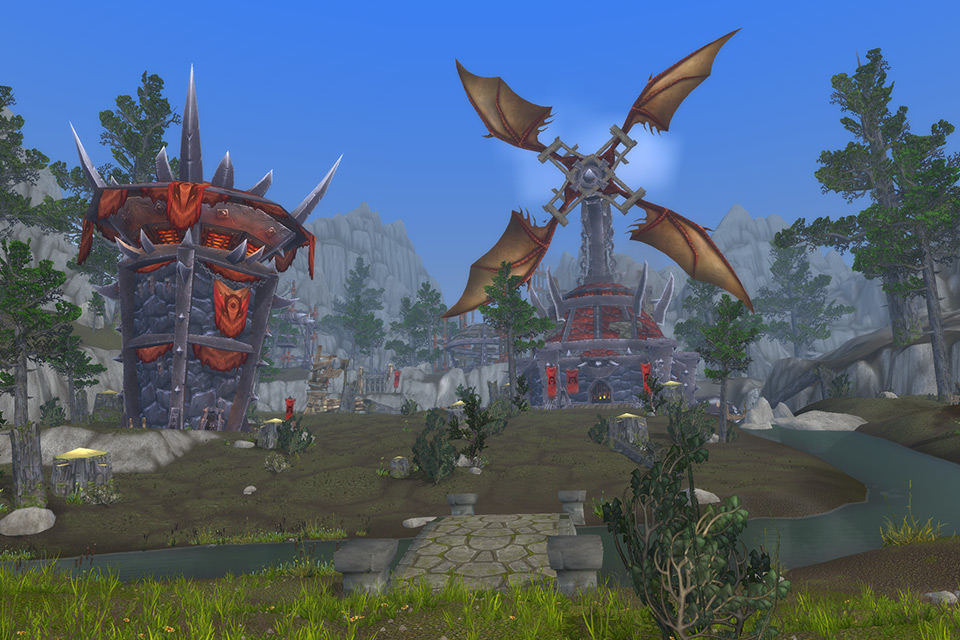 Winning in Twin Peaks often comes down to the following:

Coordination is key in a game where your team has to succeed at two tasks at the same time. Something as simple as noticing that your offense has no healers (and calling that out to your team) can save the day. Often, the team that is most aware of the flow of battle has a huge advantage, so keep an eye on the map, and speak up if you see something that your teammates might not have seen yet. 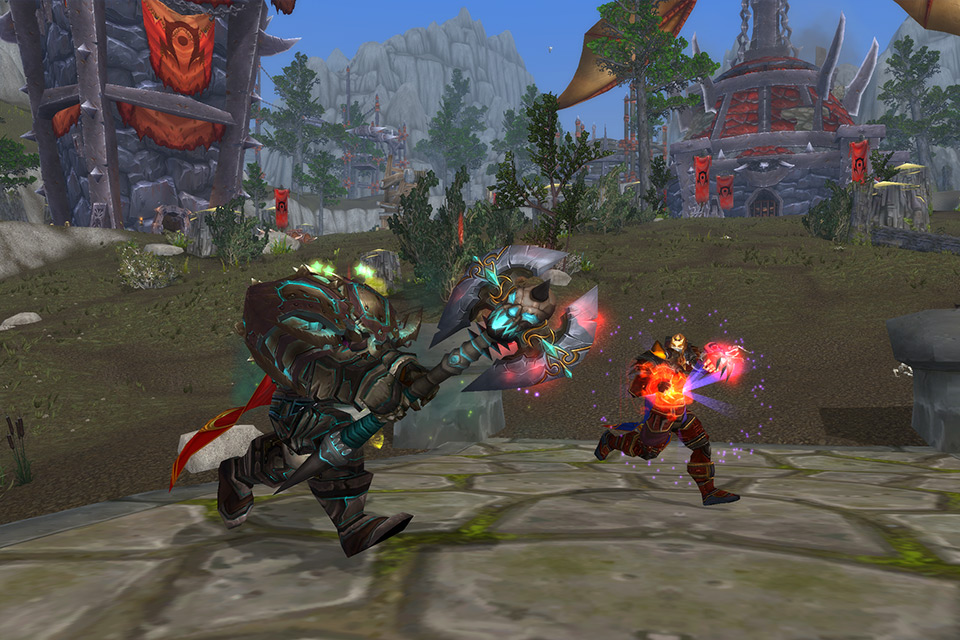