In World of Warcraft Patch 6.2, we're introducing a new series of seven different weekend Bonus Events, two of which will feature Timewalking Dungeons—one in Outland dungeons for characters level 71 and higher, and another in Northrend dungeons for level 81 and higher. When you Timewalk these dungeons, your character’s power and gear will be scaled down to a fraction of what they normally are, and as you may have never ventured into some (or any) of these dangerous places, it might be a good idea to prepare yourself now.

Coilfang Reservoir is the name for a naga-dominated compound that lurks under Zangarmarsh's deepest waters. The reservoir, punctured throughout by massive open pipes and pistons, seems big enough to house armies - and, yet, its purpose isn't strictly military.

Here, concealed by the cold fathoms, Lady Vashj's naga ply their resources - the exotic flora and fauna of the cavernous Underbog, the Broken who toil in their claustrophobic Slave Pens, and the arcane machinery they've constructed in the Steamvault - towards a catastrophic goal set forth by Illidan the Betrayer. Unopposed, they will drain Zangarmarsh's waters, and claim dominion over the dry bog that remains. 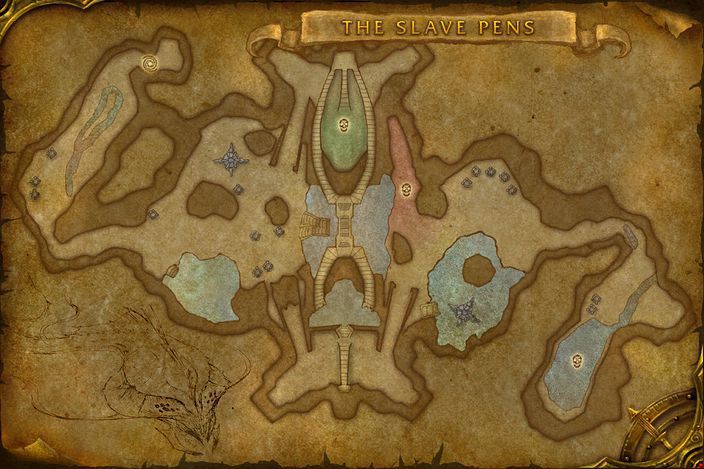 Mennu is one of the Broken, draenei twisted and deformed by demonic energies unleashed by the orcs. When the naga invaded Zangarmarsh, many of these tragic beings desperately attempted to escape the region. Mennu, however, chose a different path to freedom. In exchange for his own life, he betrayed his fellow Broken to the serpentine invaders and agreed to lord over his kin as a slave driver.

Following Draenor's destruction, Rokmar fled into the depths of Zangarmarsh. The energies that had torn the world apart enveloped the behemoth, bolstering its strength and size at the price of constant agony. The naga were awed by Rokmar's ferocity when they first arrived in the region. Rather than kill the beast, they enslaved it and used the creature to subjugate much of Zangarmarsh's indigenous life.

Quagmirran was once a ruler of Zangarmarsh's immense fungal giants. He was captured by the naga while wandering the region's serpentine caverns and subjected to excruciating torture. Now this broken being serves his overlords without question, silencing all who oppose the will of Lady Vashj.

If you haven’t earned these achievements already, completing this dungeon will award The Slave Pens and Heroic: The Slave Pens, the latter of which is required for Outland Dungeon Hero.