In World of Warcraft Patch 6.2, we introduced a new series of seven different weekend Bonus Events, two of which feature Timewalking Dungeons—one in Outland dungeons for characters level 71 and higher, and another in Northrend dungeons for level 81 and higher. When you Timewalk these dungeons, your character’s power and gear will be scaled down to a fraction of what they normally are, and as you may have never ventured into some (or any) of these dangerous places, it might be a good idea to prepare yourself now.

Upon departing Azeroth, the titans entrusted loyal protectors with safeguarding Ulduar, an enigmatic city nestled in the mountains of the Storm Peaks. Designated supreme among his brethren was the guardian known as Loken, but with the power of the titan complex in his hands, he turned to darkness and plunged the region into chaos.

The reasons for Loken's treachery and the fate of the other guardians remain a mystery, but there have been whispers of a great evil at work behind the fall of the titan city. For any heroes brave enough to seek out the truth, it lies within the corridors of the ancient compound. Thus far, however, few have braved the perils of Ulduar and returned to tell of their discoveries. 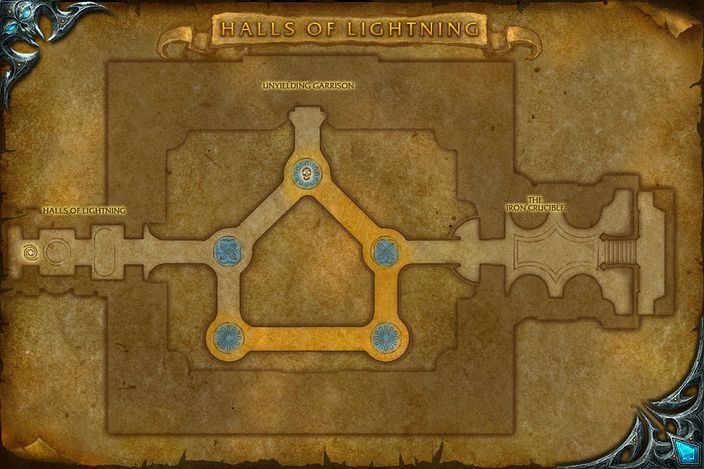 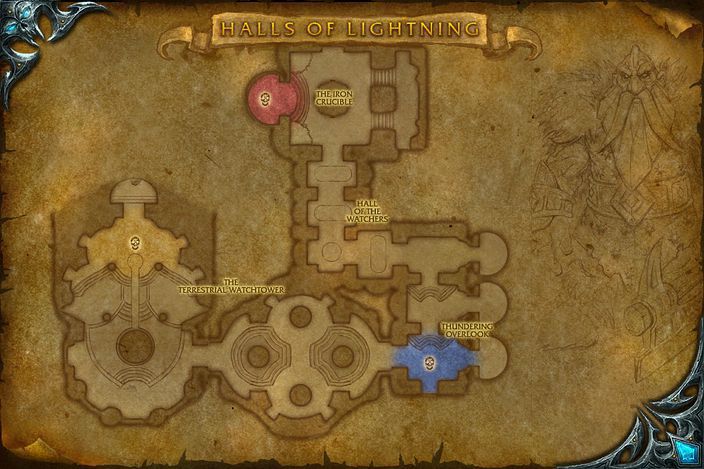 The iron forces of Loken are legion and their general, Bjarngrim, stands above them all. As the vanguard of Loken's Halls of Lightning, the iron commander ensures that any who trespass in his master's domain are terminated with extreme prejudice.

Loken's powerful legions are a testament to the craftsmanship of his blacksmith, Volkhan. His work is never ending, ceaselessly creating soldiers to fight for the fallen keeper. Only when the blacksmith's creations stand atop the crumpled bodies of their enemies will his work be done.

Loken does not rely on his iron minions as his personal defenders. The fallen keeper relies upon lightning itself. Ionar and its cohorts were given sanctuary within the Halls of Lightning in exchange for their unquestioning loyalty and willingness to slaughter any who seek to confront their new master.

The prime designate of Azeroth was tasked to keep Yogg-Saron secure within its prison. None could have foreseen that the keeper entrusted to safeguard the world from the Old God's malevolence would be the one responsible for its undoing.

If your group is superb and wants to go for it, you can also earn:

What's your main goal in Northrend Timewalking dungeons? Transmog? Achievements? Will it be your first time in Halls of Lightning? Let us know in the comments below.