Artifact weapons are powerful tools in the fight against the destructive forces of the Burning Legion. Azeroth’s heroes can wield one Artifact per class specialization, and powering them all up can be achieved with a little help from Artifact Knowledge.

Early on in Legion, every level 100 character receives a quest to obtain their first Artifact weapon. For most players, their first choice is to acquire the weapon for the spec they’ve chosen to “main,” or play primarily. But with the ability to switch easily between specs, things become a little bit more complex at level 102 when you’re given the option to collect your class’s remaining Artifact weapons.

Some players might be conflicted whether they want to spread Artifact Power out among all their weapons or just concentrate on one—to help you decide the right path for you, let’s talk about what you can expect as you’re powering up your weapons, including a mechanic that ramps up how quickly you can acquire Artifact Power.

Once you reach level 110, a new quest will become available in your Order Hall which will allow you to start requesting Research Work Orders. Each work order yields Artifact Research Notes, which provide additional lore about all of your available Artifact weapons—as well as increases the rate at which you gain Artifact Power for all of your classes’ weapons.

There are many ways to gain Artifact Power, and many activities provide additional Artifact Power bonuses, including when you run a dungeon, raid, or engage in PvP for the first time that day. If you’re looking for the most efficient way to power up, then taking part in a variety of activities will help empower your weapon quickly.

As your Artifact Knowledge increases, empowering your Artifact Weapons will go a bit quicker—but at what point should you look at ranking up your second—or even third—Artifact weapon? Here’s something to consider.

Once you reach rank 13 on a weapon, the cost of working that weapon up another rank increases sharply. You could continue working to empower that weapon—or you could switch to your next weapon, as the cost of ranking up from 1 to 13 will be less than working on your main weapon from rank 13 to 14. 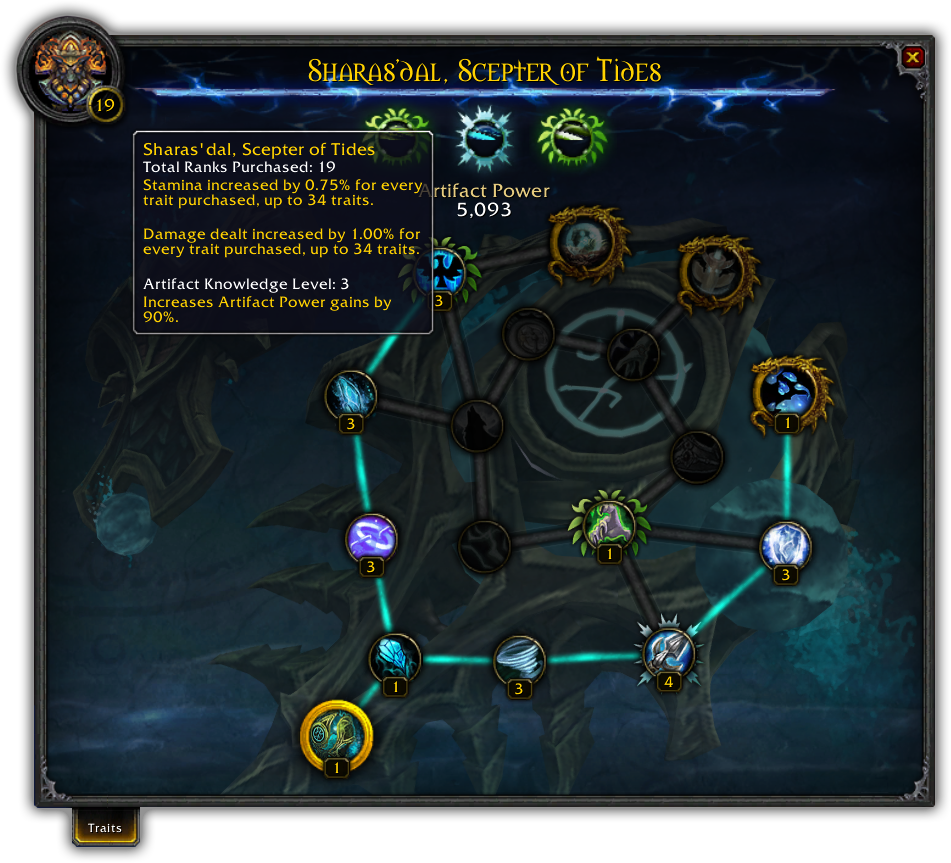 What happens if you have more than one character to work on? While concentrating on a single character and their associated weapons will lead more quickly to mastery of those weapons, everyone plays at a different pace, and some enjoy playing alts—and we wanted to make sure players in these camps didn’t feel like the Artifact system would leave them behind.

With so many ways to gain Artifact Power, the choice is ultimately yours on which weapon you choose to empower. You can read more on Artifact Knowledge in Wowhead’s Artifact guide here.