On the 10th of June, WoW esports legends went head-to-head in the third cup of the WoW Arena World Championships. Eight teams, in ten epic matches, all thirsty for tournament glory.

Catch the action on the VoD here.

Before Cup #3 had even begun, there was tension in the air. Union said goodbye to Joxi and Roscoe, who joined Meatballs, and Meatballs said goodbye to Rodak and Ziffy. The remaining players in Union - Sethcurry and Brian - added Mageiden and Prevy to their ranks. With all the changes, Meatballs sacrificed a whopping 40 of their 80 earned points, and lost out to Panda Global. 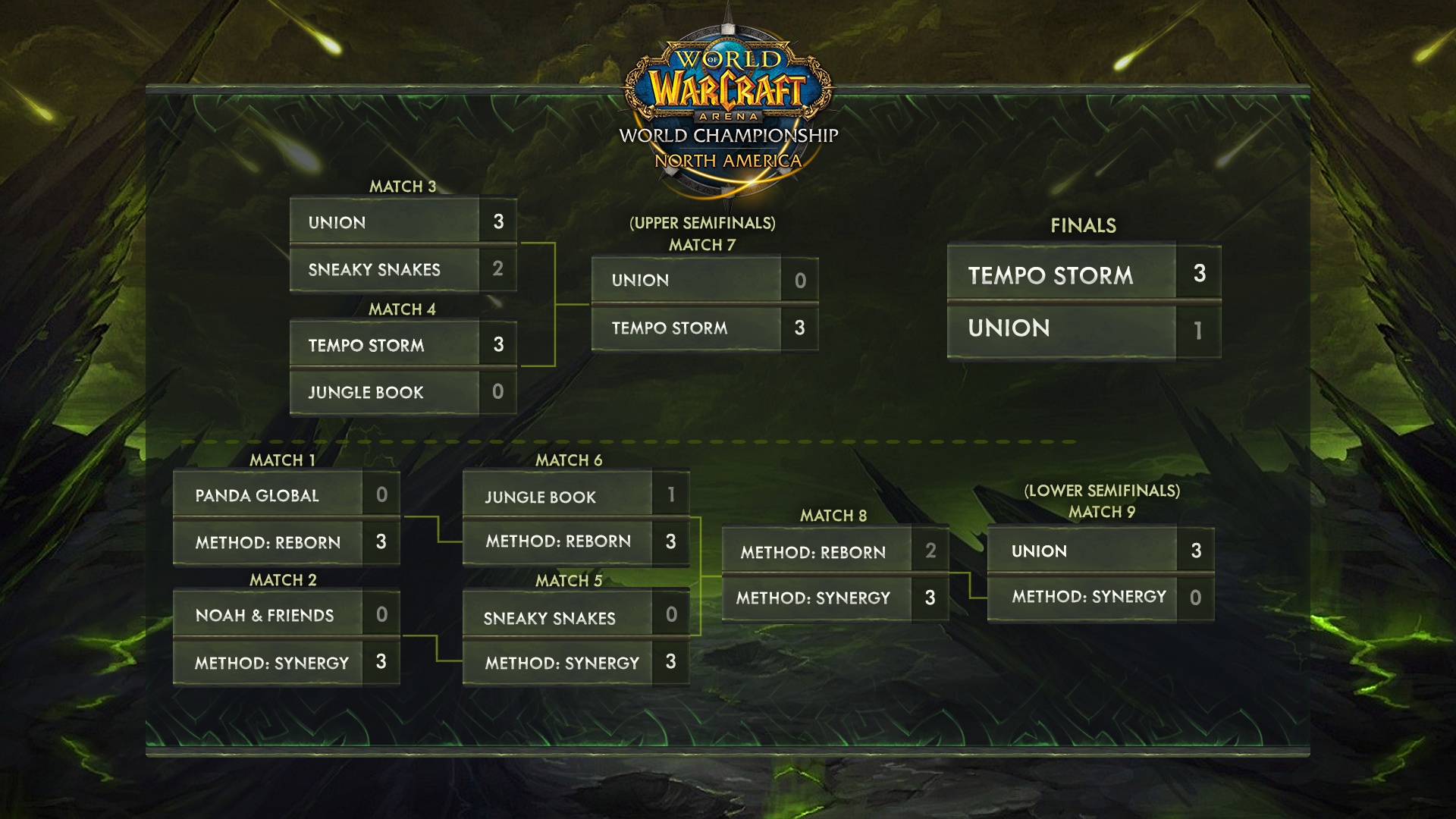 Union's roster risk, however, payed off handsomely - with Union going undefeated in the pre-tournament round and thrashing Method: Reborn 3-0. It wasn't until the last 8 that they dropped a single game, facing Sneaky Snakes' roster of familiar favorites and new faces. Sneaky Snakes line-up of Ssds, Aveng, Amne and Syfoxy tested Union's new team thoroughly, with Union coming through with a 3-2 victory. The victory was sweet, but tempered by the news they would face the mighty Tempo Storm in the next round.

Tempo Storm faced off against Jungle Book: a team that have made it to the final 8 before, but without earning points. This time Jungle Book took away their well-earned 12 points with a 3-player roster of Dilly, Junash, and Ardvark - winning with a convincing scoreline of 3-0. It was a tough fight, with two well-balanced teams fighting for victory, kudos to both teams for some awesome moments.

In the lower bracket, Method: Reborn and Method: Synergy fought incredibly close battles to determine who would move into the next stage and face Tempo Storm. In one final moment of pure tension, Synergy came out on top, triumphing over the rival team's Protection Paladin and Hunter combo.

Storm In An Esports Cup

In this tournament, Tempo Storm have looked absolutely unstoppable, not dropping a single game to hit that number one spot. We will watch avidly to see if they can maintain their run. They are a team on fire: always seeming in complete control of the game. Who will step up to challenge their dominance?

Want To Get Involved?

You can award points to teams by running your own community event, find out more here.

You can find more details, leaderboard status and upcoming events announcements on our dedicated esports page.