Argus presents new challenges and one last desperate bid to put a stop to the Burning Legion’s invasions of Azeroth. To face these challenges, the forces of the Horde and the Alliance have gained access to an ancient and powerful tool to help enhance Artifact weapons—the Netherlight Crucible.

The Netherlight Crucible is an ancient remnant of Argus that once served as a source of considerable magic. Though its potential power is thought by many to be a gift, empowering it would require great sacrifice…as well as a delicate balance of Light and Shadow.

During your time on Argus, you’ll work toward a new way to customize and enhance the power of your Artifact weapon. The Netherlight Crucible’s power is balanced with both Shadow and Light, providing powerful upgrades to your Artifact Relics. The Crucible will attune your Relics and soulbind them to you while unlocking access to 3 additional tiers of power. These tiers are unlocked by increasing your total Artifact level and are fully unlocked once you reach Artifact level 75. 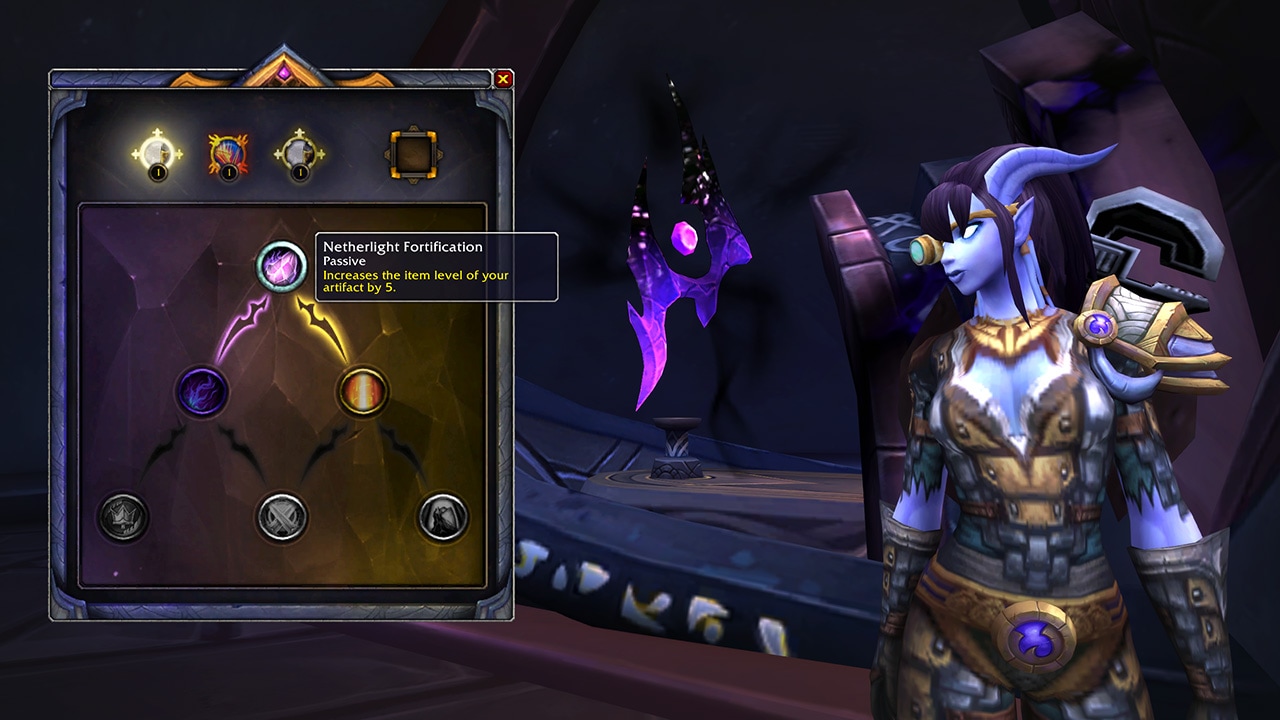 The first of these is Netherlight Fortification which will increase the item level of your Artifact weapon.

The second tier offers a choice between Light power and Shadow power. Each of these powers is randomly chosen from a pool of 6 possible unique effects. This tier becomes available once your weapon has reached Artifact level 60 and your Relic slot has reached level 2.

The third tier offers a choice of a second Relic trait that correlates to the either Light or Shadow depending on which was chosen in the second tier. These selections appear within the tree and branch from your previous selections. To begin unlocking this tier, you’ll need Artifact level 69 and Relic slot level 3.

In the Crucible interface, an additional standalone slot can be used to preview a Relic’s potential traits. These Relics will display whether they can be attuned and will show as compatible with your Artifact weapon within the interface. Once attuned, these can be used to replace other Relics within your weapon.

The decisions you make in the tree allow you to choose whether to focus on third-tier traits that modify your class, or the unique powers that can be gained from the Crucible.