*Updated- 9/12: The final portion of the Shadows of Argus storyline is now available, World Quests, and access to the new dungeon, the Seat of the Triumvirate, can now be unlocked. The Netherlight Crucible can also now be activated on the Vindicaar to begin forging Relics.

Week 3:  Finish the Shadows of Argus storyline, unlock all World Quests, and venture into the new dungeon, the Seat of the Triumvirate. Activate your Netherlight Crucible on the Vindicaar to begin forging Relics.

As the fel-scarred planet Argus looms in the skies overhead, Azeroth’s greatest heroes prepare a desperate mission into the heart of the Burning Legion’s stronghold. Succeed, and Azeroth may at last know peace; fail, and all worlds will burn. The battle against the forces of the Legion has all come down to this.

Thousands of years ago, the eredar of Argus lived in tranquility. The eredar’s three strong leaders —Archimonde, Kil’jaeden, and Velen—ruled their people in harmony. But the achievements of the eredar gained the attention of the the fallen titan, Sargeras.

When most of the populace turned to darkness under Sargeras’ control, becoming demons, Velen—gifted with the power of prophecy—guided his followers off the planet with the help of the naaru. They fled Argus, taking the name draenei, meaning “exiled ones.” Argus was devoured by the Burning Legion soon after.

The journey to Argus begins within the Exodar. Velen is gathering allies to join him on a journey most perilous aboard a new ship known as the Vindicaar. Once on Argus, adventurers progress through a series of story chapters in three new regions. Each week, new elements of the story on Argus become available, telling the tale of what was, what is, and what could be. 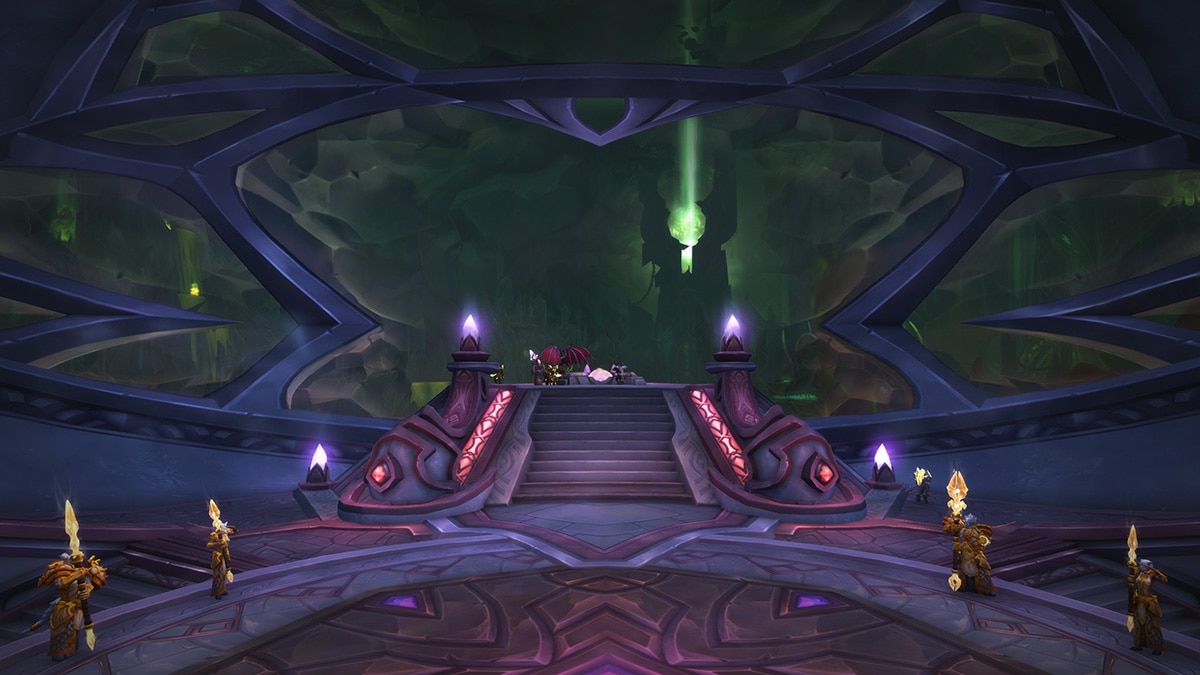 To help you prepare for your expedition to this hostile world, we’ve provided an itinerary for your time ahead:

Week 1: Begin the invasion of Argus and embark on an epic storyline beginning in Krokuun. Team up with the Army of the Light and take the fight to the very heart of the Legion in the Antoran Wastes. Gain access to new World Quests and Emissaries on Argus.
Week 2: Finish the story of Krokuun and travel to the ruined draenei city of Mac’Aree. Gain access to Invasion Points and thwart the Burning Legion’s plans on other worlds. Additional World Quests in Mac’Aree are available along with access to Invasion Points.
Week 3:  Finish the Shadows of Argus storyline, unlock all World Quests, and venture into the new dungeon, the Seat of the Triumvirate. Activate your Netherlight Crucible on the Vindicaar to begin forging Relics.

The Hand of Fate

Your journey from Azeroth begins with the quest The Hand of Fate.  Azeroth’s heroes are asked to travel to the Exodar and meet with Velen and his gathering allies—many of whom are familiar faces. It’s all hands on deck for the arduous task ahead. 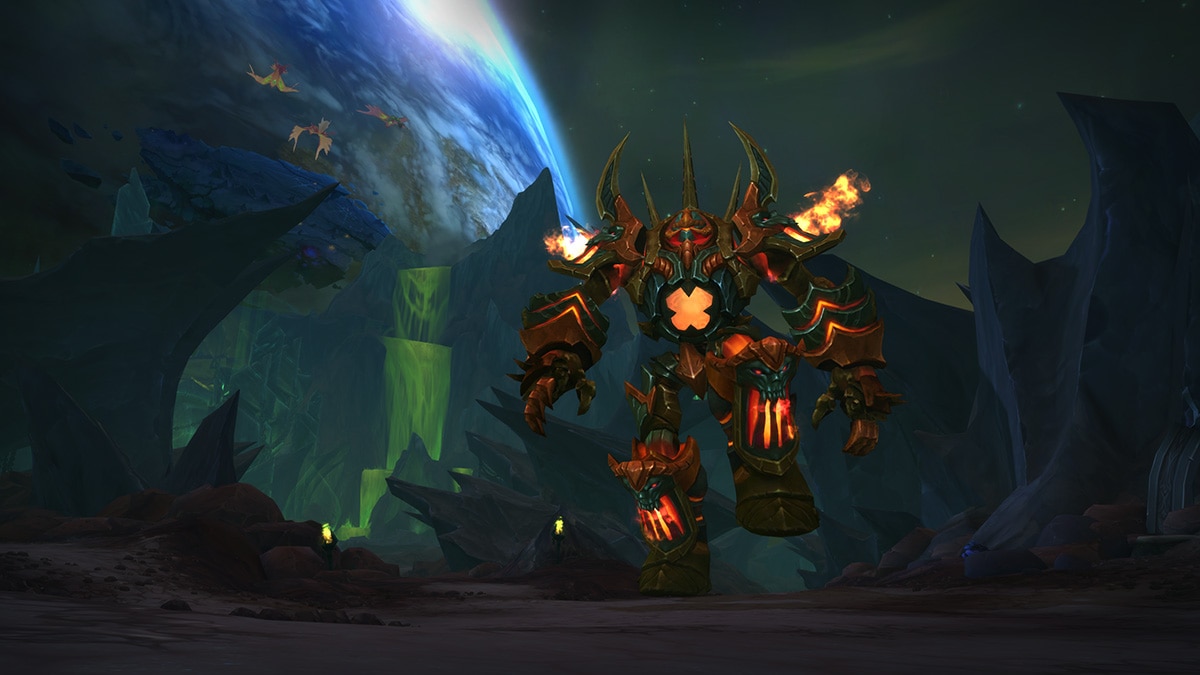 After you join up with Velen and the rest of the invasion party, it’s time to embark aboard the new draenei vessel — the Vindicaar. It serves as the base of operations for your time on Argus and is outfitted with a variety of conveniences that become accessible over time, including an innkeeper, mailbox, profession trainers, portal to Dalaran, repairs, quest givers, vendors, the Vindicaar Matrix Core, Navigation Console, and Netherlight Crucible.

The Matrix Core
Several Vindicaar powers unlock within the Matrix Core at the heart of the ship as you progress through Argus. These powers can be used to aid you along the way.

Thaumaturge Vashreen (Ethereal Vendor)
Veiled Argunite can be earned in a variety of ways including killing rare elite mobs. Much like Nethershards on the Broken Shore, this currency can be used to purchase Relinquished items from Thaumaturge Vashreen that create ilvl 910 soulbound gear for your specialization.

Profession Trainers
Not all Profession trainers can be found on the Vindicaar, but with a new world to exploit explore, there are new opportunities for new crafted items. Azeroth’s finest will need the best equipment to take on the challenges ahead— and opportunity awaits for their crafters. 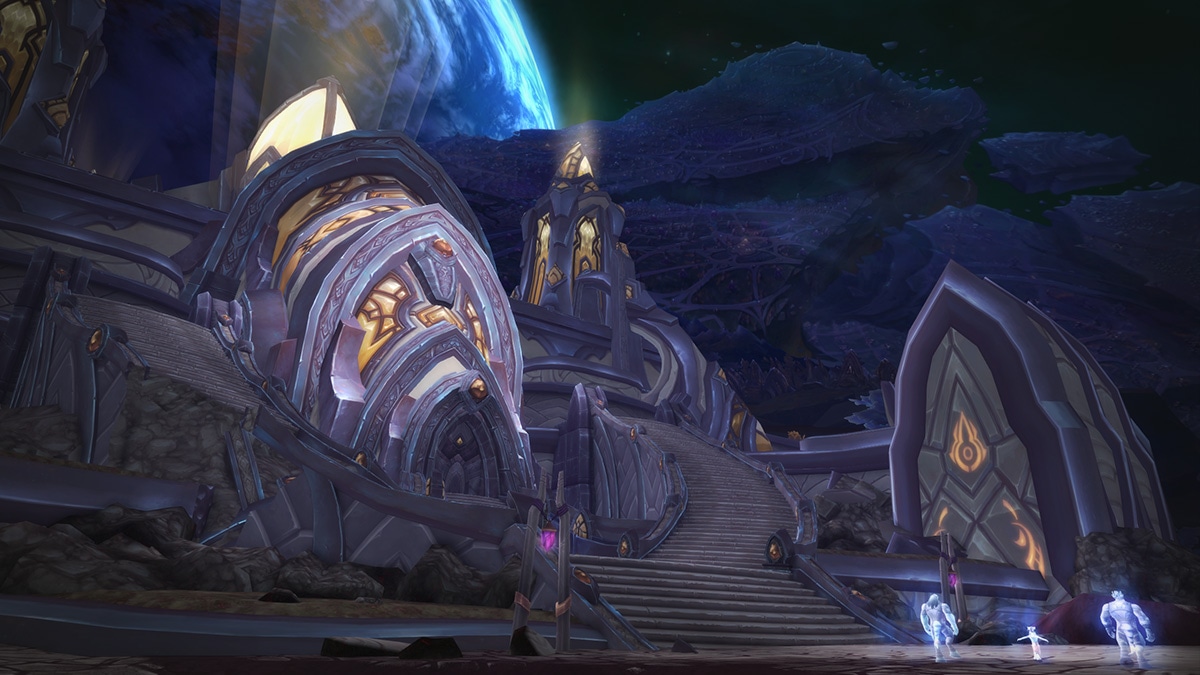 Like the Broken Shore, the demonic forces of the Burning Legion aren’t going to roll out the red carpet for you. To get a foothold on the surface of Argus, you’ll need to make sure the Vindicaar is protected from the Legion’s defenses. While the devastation to this once shining world is widespread, there are bright spots among the new —and perhaps old—allies along the way. There are two new factions to encounter along the way: the Army of the Light and Argussian Reach. 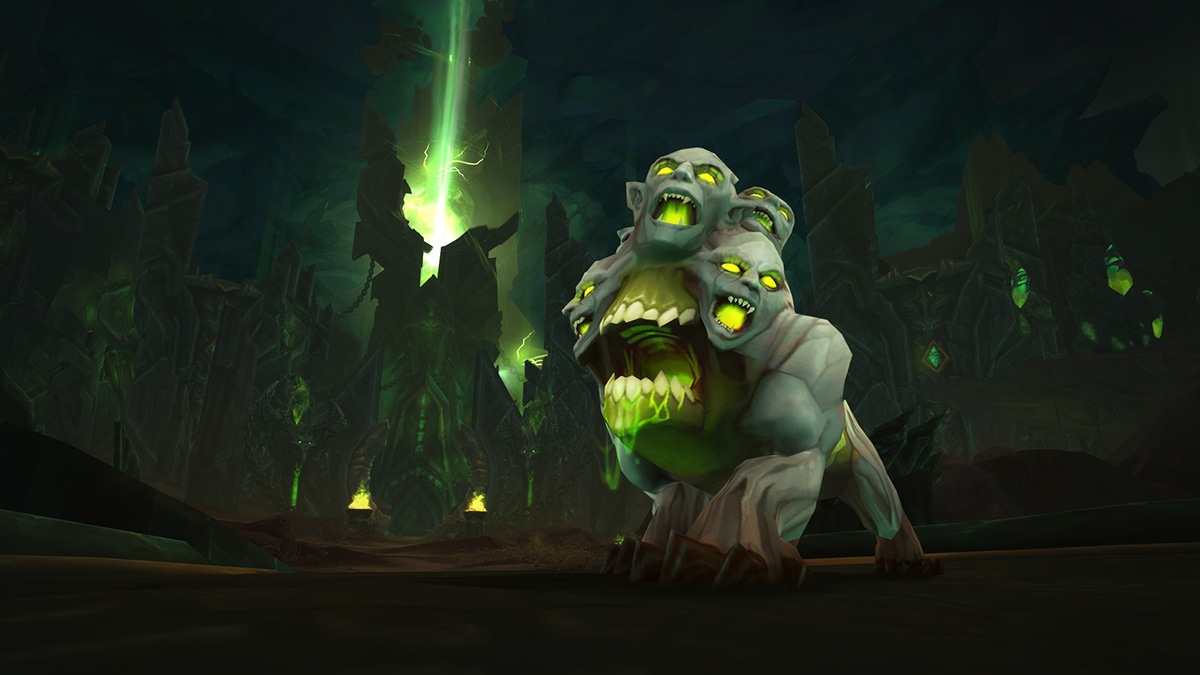 Lightforged Beacons are similar to flight paths and are discovered as you progress through the storylines within Krokuun, Antaron Wastes, and Mac’Aree. These beacons transport you quickly back to the Vindicaar or out to any additional beacons you’ve discovered throughout the three regions.

As with the Broken Isles and Broken Shore, World Quests become available throughout the various regions as you venture through Argus. They offer a variety of rewards and a new Emissary Quests that align with the new factions Army of the Light and Argussian Reach.

There’s plenty to learn about both past and present Argus as you progress through the regions and experience the stories of those who have been impacted by the Burning Legion. For some, it will be a tale of redemption; for others, it is a tale of deepest loss. In the end, it’s a story that the future of Azeroth depends on.