For the final of the North America Arena Championship, the teams were seeded and placed into two groups, with matches taking place over four days.

The first day started off as expected, with Tempo Storm (seed #1) pulling off a convincing victory over Your Name Here (seed #12). Your Name Here did not come across as a confident team, particularly against such a giant of the field as Tempo Storm.

Pnda Gaming (seed #4) fell hard to SetToDestroyX (seed #9), a big upset that seemed to set the tone for the rest of the day—with fan favorites Method: Reborn (seeded #5) losing to Panda Global (seeded #8). Upsets happen, of course, but this set up a match no-one had expected: Tempo Storm and Method: Reborn, head-to-head in a swing match. Method: Reborn came through—just!

Group B had its share of upsets too: Frogs in a Pond—struggling since removing Rubcub from their roster way back in Cup #1—beat Method: Awakened 3-1. It was quite the turnaround, as the team had struggled in the preceding cups

Method: Reborn definitely came prepared. They put in hours and hours of practice against the European team Rockets Esports, and it clearly paid off—with bursts of damage so lethal that Jahmilli died without even casting Ice Block. It was brutal, and it was very, very quick.

Next up was Panda Global vs SetToDestroyX. Panda Global were down two games in a row before technical difficulties upset the pace. SetToDestroyX were so close to victory but constant replays affected team morale. Panda Global, filled to bursting with tournament experience, knew what to do: regroup, re-focus and figure out a strategy. They came back with a 3-game winning streak and qualified for the BlizzCon global final.

Group B’s swing match saw Method: Synergy vs Sneaky Snakes, the lowest seeded loser. It would be safe to say everyone was banking on saying goodbye to Sneaky Snakes—no-one though they could pull off a victory. They went in with a Ret Paladin, Marksman Hunter, and Disc Priest; their bread-and-butter composition. Method: Synergy brought out their Demon Hunter, Arms Warrior, and Resto Shaman—tried and tested time and time again.

Sneaky Snakes found a kill opportunity and took the first game, which took everyone by surprise. The strategy worked a treat, with Sneak Snakes winning the tournament 3-1.

8 teams competed, but only two would make it BlizzCon. Emotions were high, particularly for SetToDestroyX, who took the loss against Panda Global extremely hard. They came in with a very strong composition and a solid line up of talent, but they couldn’t collect themselves enough to compete against the absolute class act that is Method: Reborn.

But then the match that no-one could quite believe. Tempo Storm, favorites and top seed, facing Your Name Here. Your Name Here boasted an interesting composition and took to the battlegrounds with force and confidence. And then, out of nowhere, Tempo Storm were losing. In a desperate bid to shake off the losing streak, they switched out to Boomkin, Rogue, and Shaman, but it was too late. Your Name Here did the seemingly impossible and eliminated Tempo Storm.

Other notable moments include Sneaky Snakes fantastic take-down of Method: Awakened. It was almost as though the Method team didn’t know what to do, and so 10th seed Sneaky Snakes crushed Method Awakened 3-0 to make it to the quarter finals.

In the quarter finals, Sneaky Snakes went up against Your Name Here to qualify for the global final at BlizzCon. Two teams—teams no-one thought would qualify—battling for a place in the World Championship at BlizzCon. Sneaky Snakes snuck in a sensational victory.

Elsewhere in the quarter finals, two Method teams—Reborn and Synergy—went head-to-head. It was Synergy’s day, making them a sure entrant into the BlizzCon final against the only team they wanted to avoid most. It was an emotional moment, watching the sister teams pull no punches, knowing only one would get through.

With all 4 teams decided for the final at BlizzCon, teams were fighting for a share of the $100k prize pool, as well as seeding for the final.

Method: Synergy vs Splyce was one of the most anticipated matches of the day. Both teams were equipped with the highly competitive Death Knight composition, and got locked into a five-game series. It was a meeting of minds, and Method: Synergy won the day. 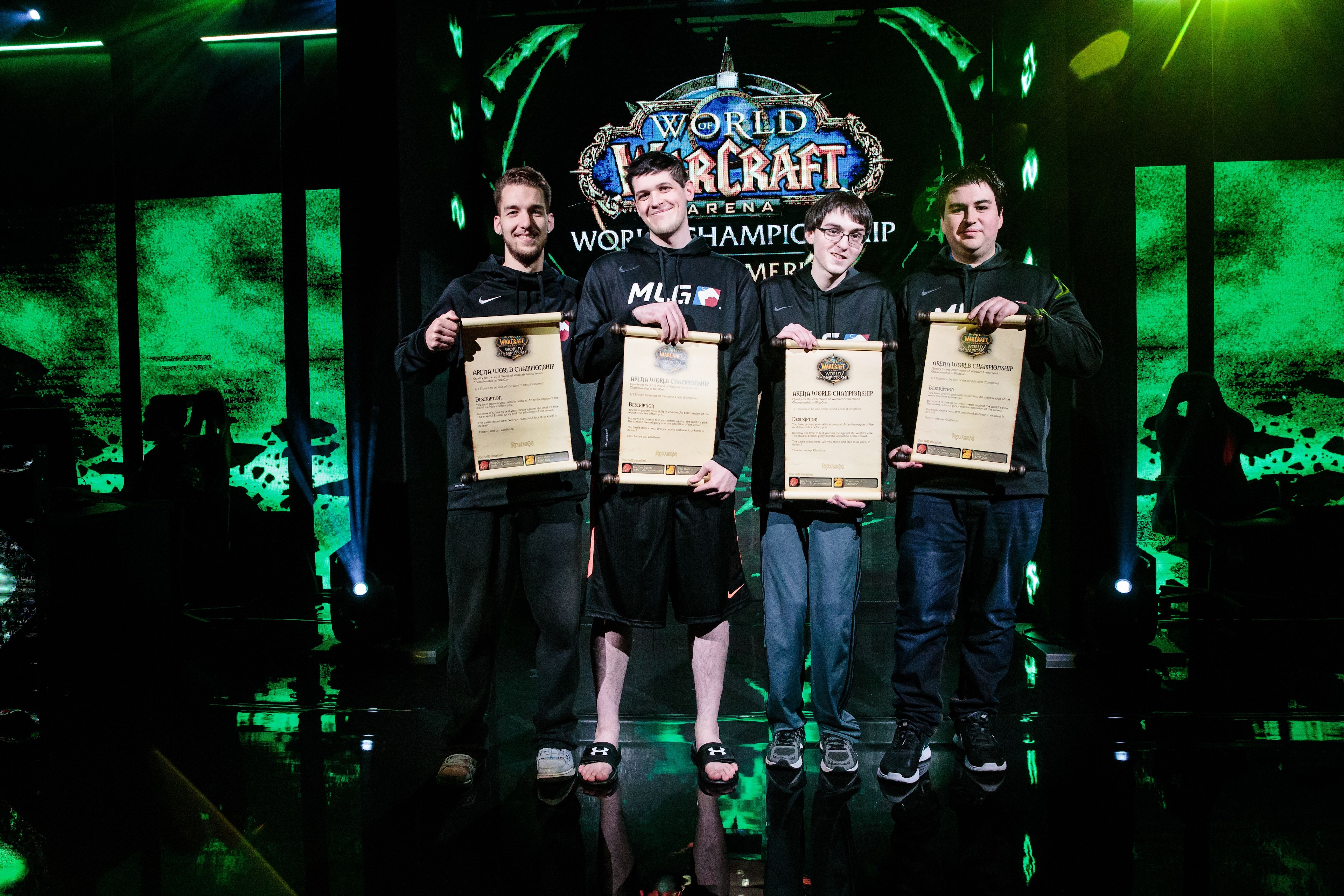 After a convincing 4-0 win in the final against Panda Global, Method: Synergy took first place in the North American Region. They more than lived up to their name by working very closely as a team for months, to become North America’s very best. 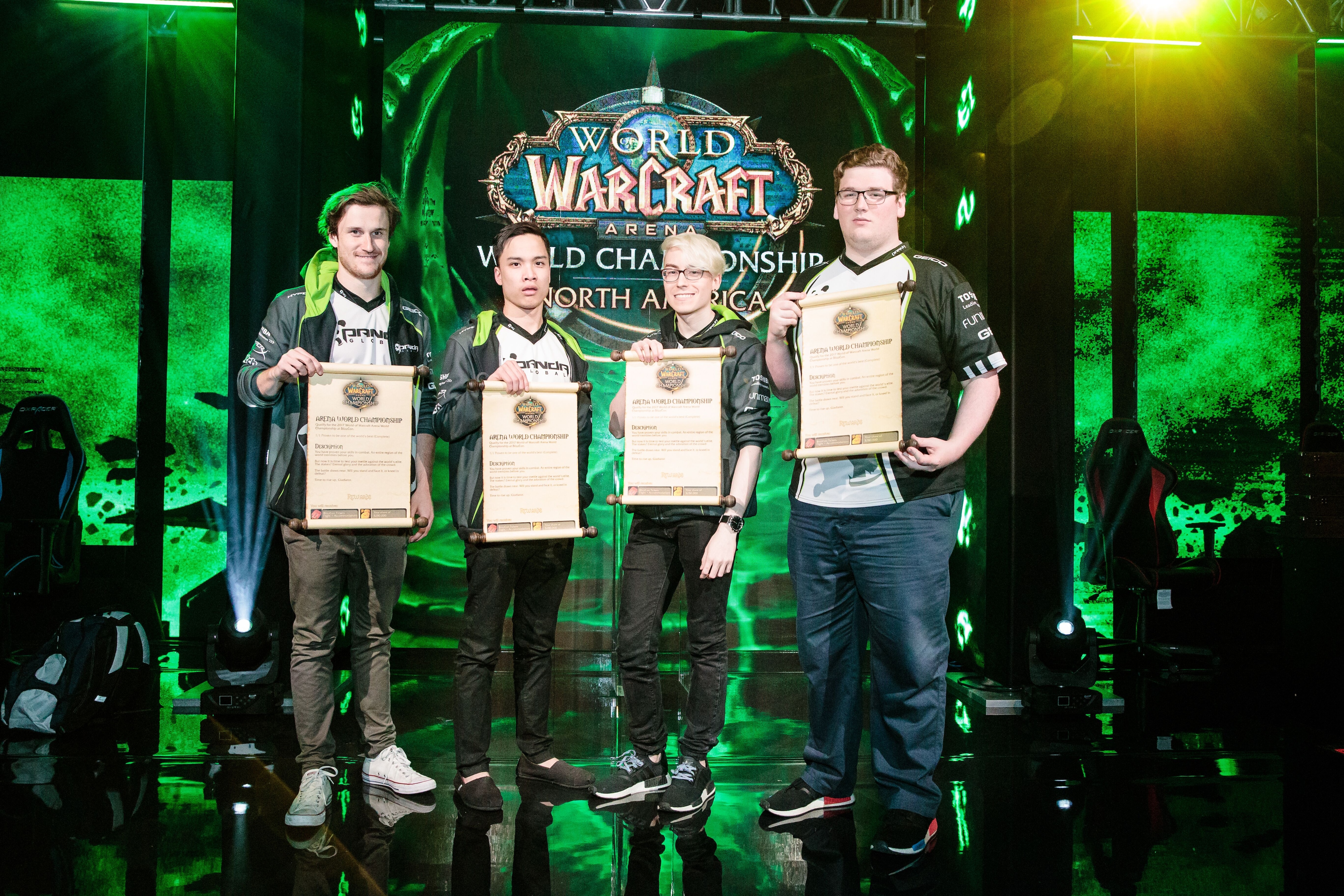 Panda Global is a team of experienced LAN players who were off the scene for a number of months, but came back to form a truly power-house roster. Rubcub formed the team’s roster soon after getting kicked from his original team, Frogs in a Pond. 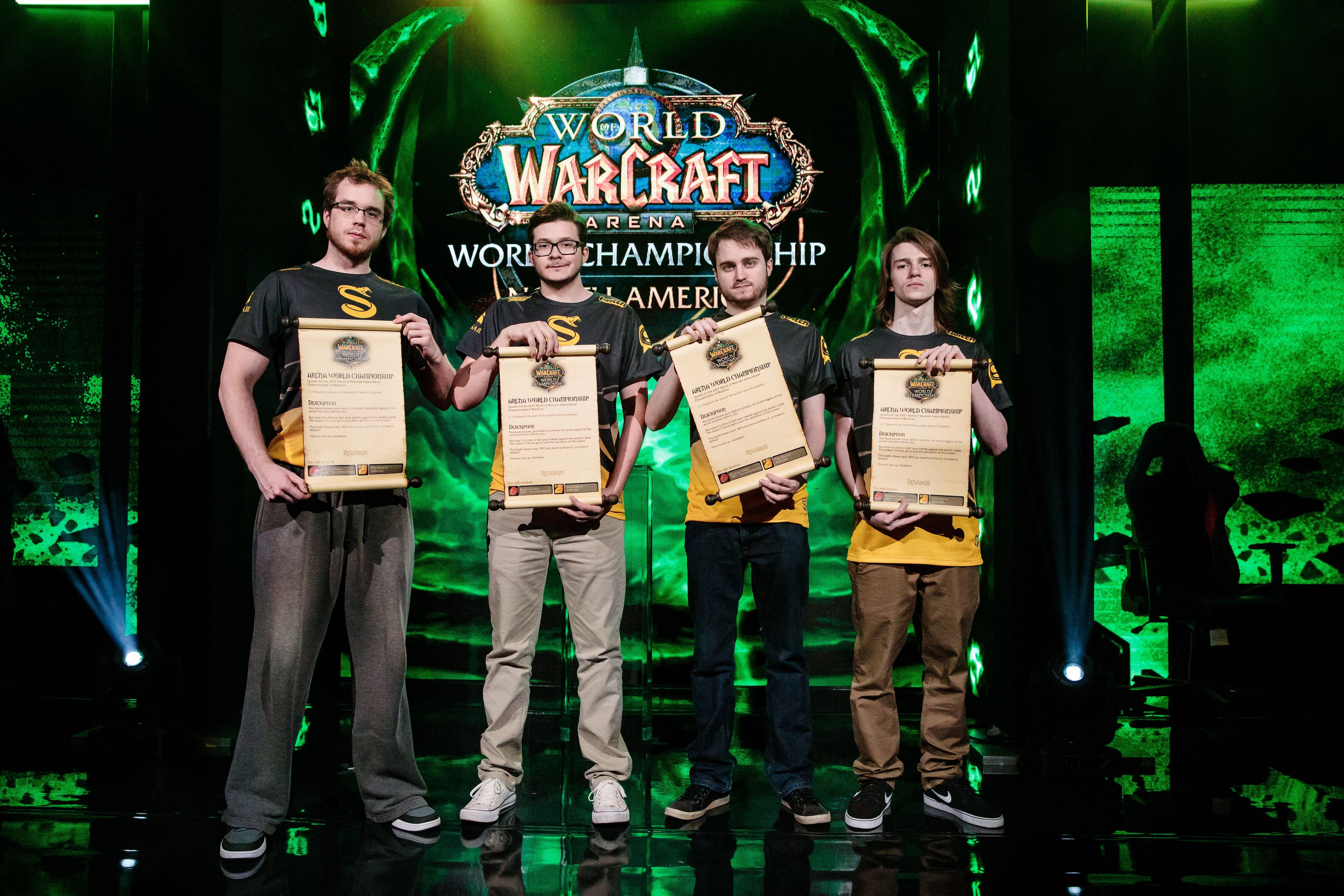 The original two players of Splyce—Novoz and Thugonomicz—have been competing for nearly six years. The two veterans found Chunli and Vellido to form one of the strongest cleave teams the game has ever seen. 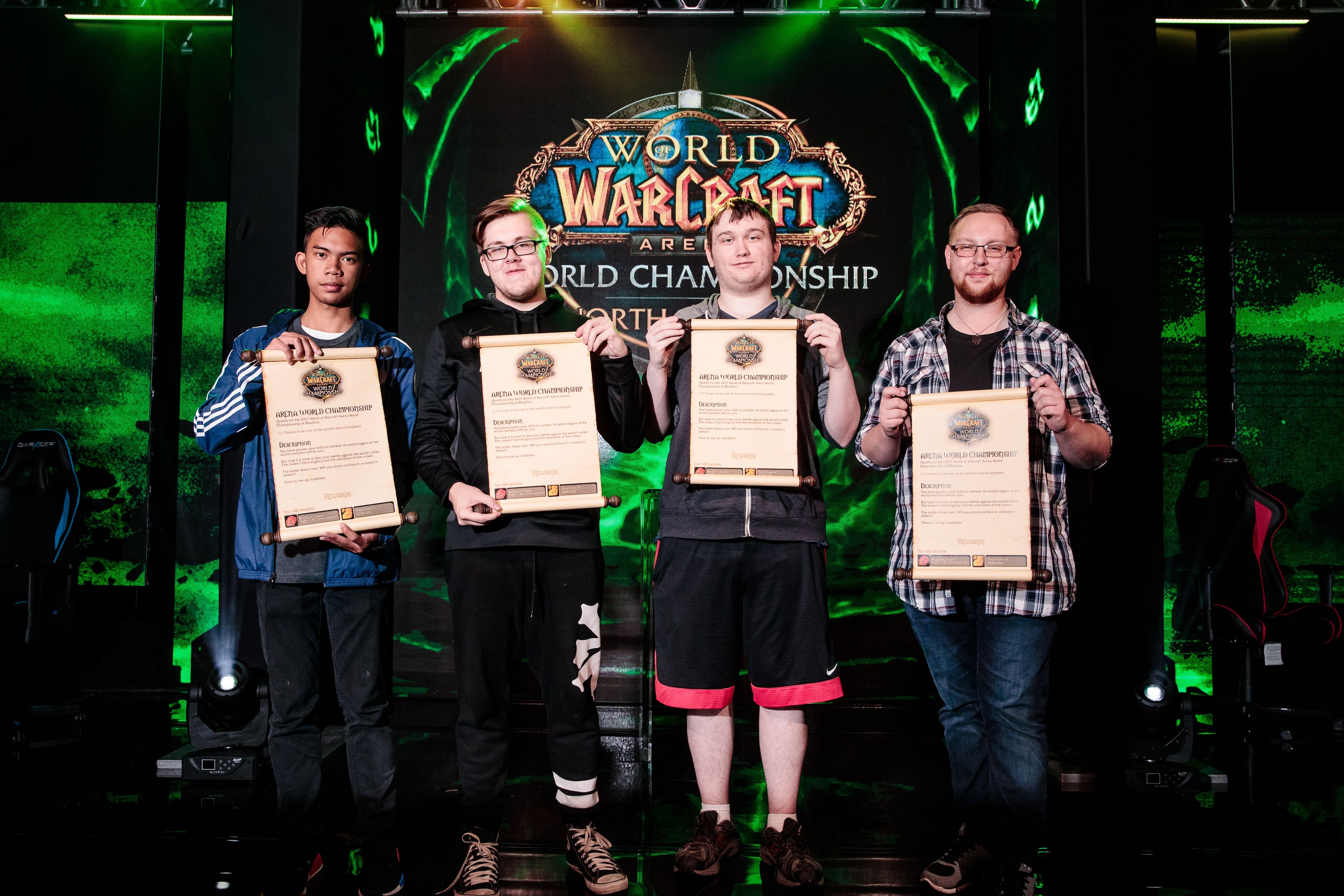 Don’t forget, you can keep up with all the WoW Arena action—with a recap of the tournament—on our dedicated esports show: Gladiator’s Summit. New episode coming soon!

You can watch the VoD playlist of the full Arena broadcast here.

Well done to all the teams, and thanks for being a part of the journey.  We look forward to seeing you in person, or on the stream, for the global finals at BlizzCon 2017!