At the core of Argus lies Antorus, the Burning Throne. From this seat of power, Sargeras drives his Burning Crusade to ravage the cosmos.

Within the Throne’s nigh-impenetrable depths, primordial powers are being forged into weapons of utter annihilation. Should these voices rise to serve their master, the final hour will fall upon all of creation.

The time has come for the forces of the Alliance and Horde to confront the Burning Legion within Sargeras’ seat of power. Antorus, the Burning Throne, awaits—along with the formidable dangers within.

Antorus represents the center and source of the Legion’s power, and the team approached the design of the zone with several principles in mind. First off, Antorus is staggering in scale; this is not a mere terrestrial fortress or keep, but rather a sprawling complex carved into the depths of a shattered world, and while sections of the raid are traversable on foot, players will use the Vindicaar and other means of conveyance to span the great distances involved. Second, this is the culmination of a military campaign by the Army of the Light and our other major allies in this fight, and player champions represent the tip of the spear with an army at their back. As you carve a path through Antorus, a pitched battle rages all around you, and your actions help advance the cause of the Light in this battle for the fate of all worlds. And finally, we get a rare chance to delve into the Legion’s true origins—before the Fel, and before black and green corruption, there was a single mighty titan who embarked upon a crusade that would shape the fate of the universe. A glimpse of those ancient secrets awaits the bold and daring souls who venture into the innermost depths of Antorus. 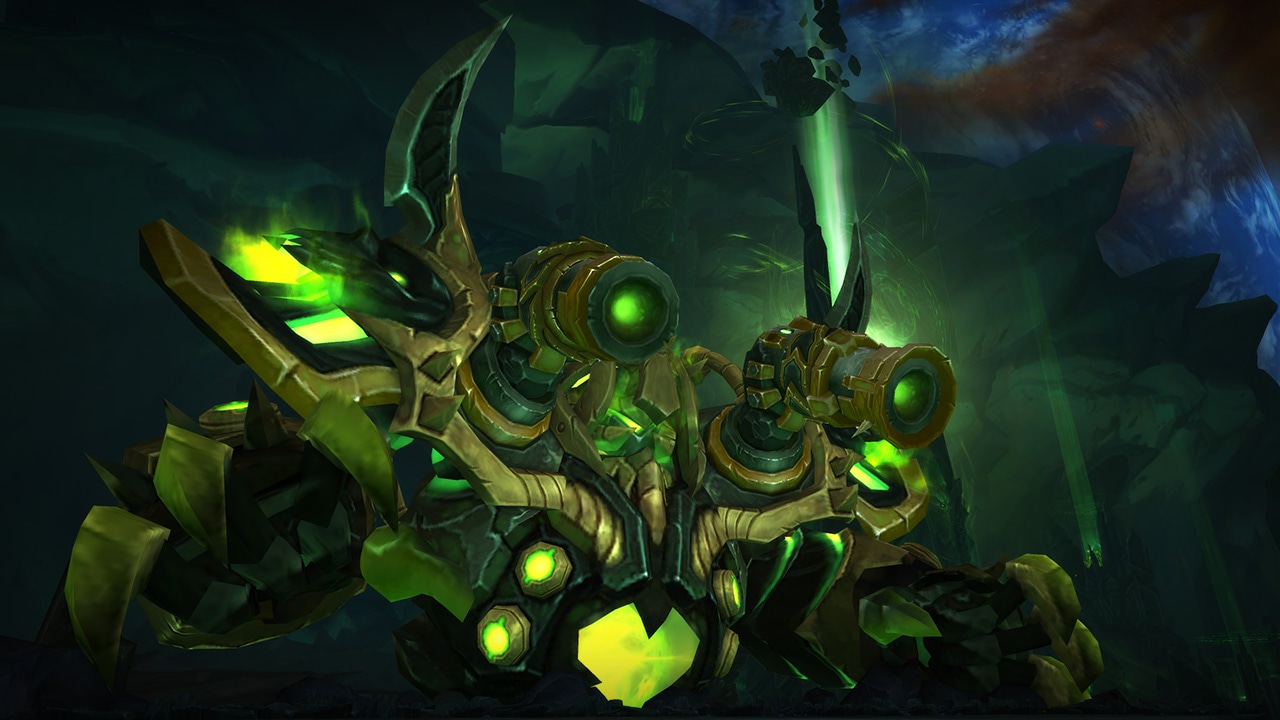 Constructed deep within the core of Argus and outfitted with an arsenal to decimate worlds, this war machine has been designed for a single purpose: to bring the mortals’ invasion to its knees. 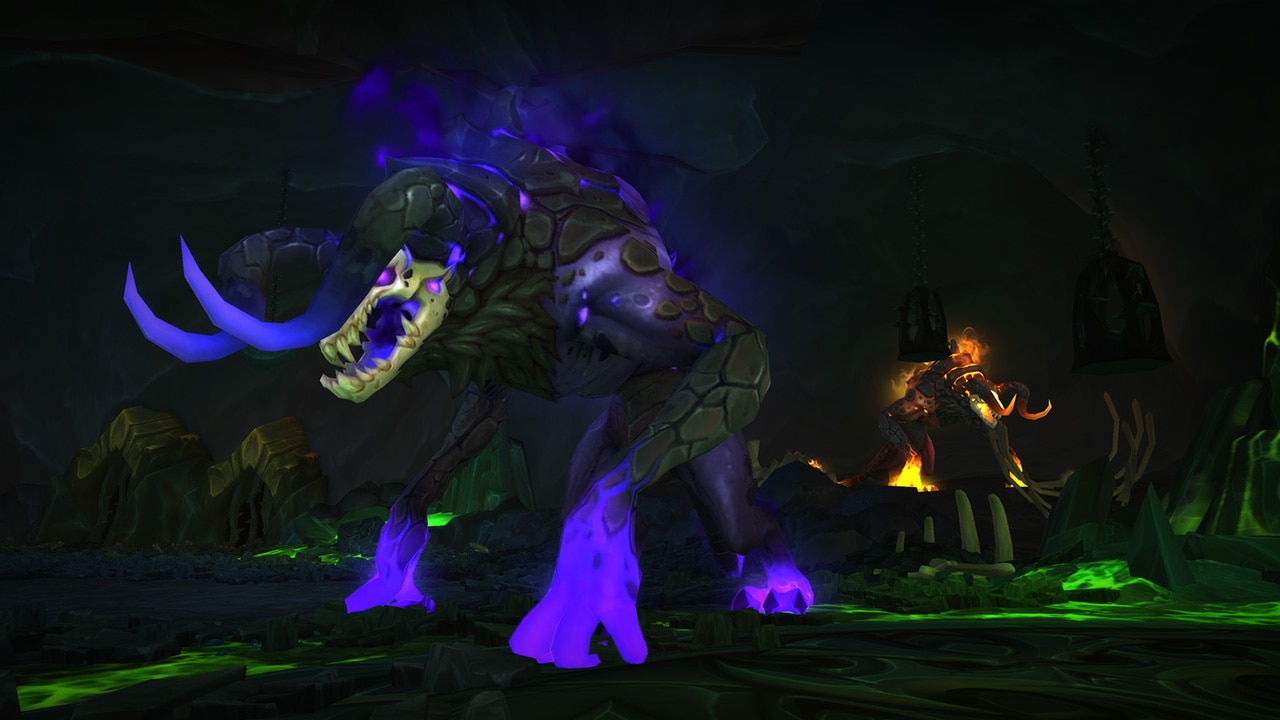 Infused with fire and shadow, F’harg and Shatug are the prized pets of Sargeras. Bred for carnage, these hounds delight in eviscerating their master’s enemies.

With the Army of Light and their allies advancing upon Antorus, the Legion prepares to unleash these vicious creatures onto the battlefield and put an end to the mortals’ invasion.

Gaze of the Legion 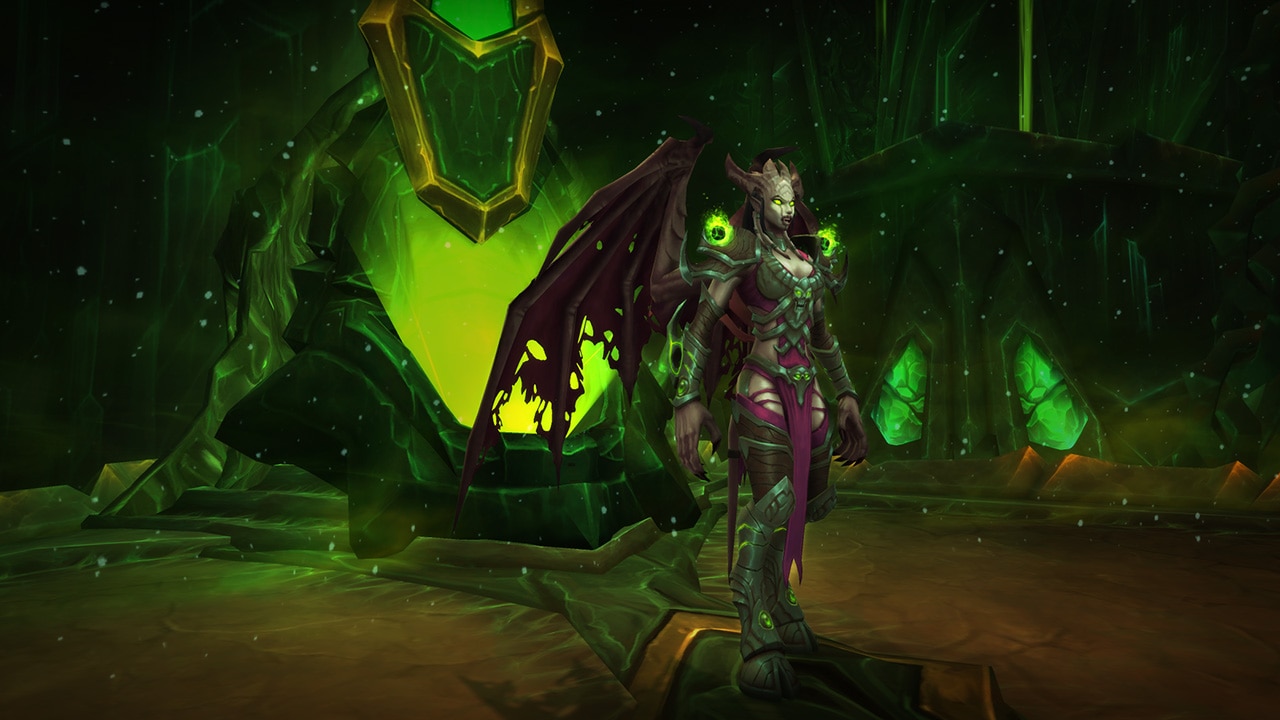 Long ago, in the golden age of eredar civilization, a council was formed to oversee the defense of Argus and maintain peace. But after their dark bargain was struck with Sargeras, these master tacticians used their military expertise to help orchestrate a Burning Crusade that ravaged countless worlds.

Now the full might of the Legion’s army is theirs to command, and they wield this terrible power to annihilate all who oppose the Dark Titan’s will.

Halls of the Boundless Reach 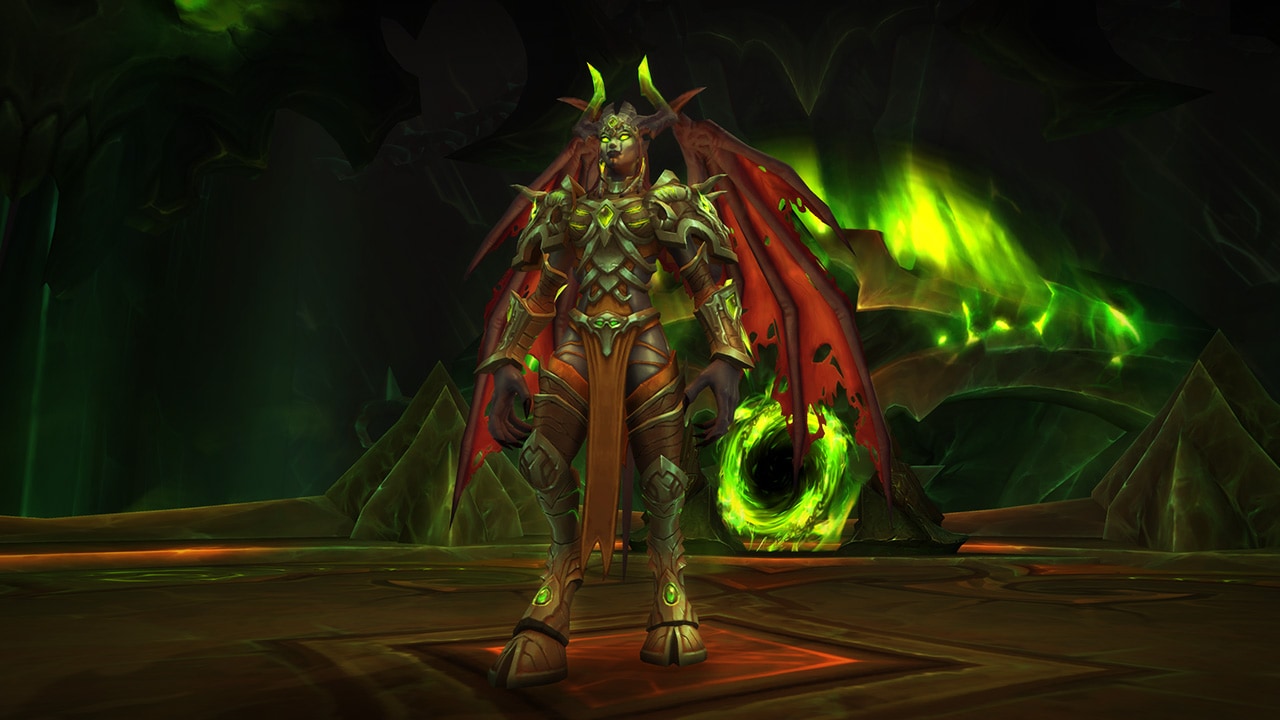 Portal Keeper Hasabel maintains the nexus through which the Legion has unleashed its insidious armies upon countless worlds. With portals that open to myriad strategic locations throughout the Great Dark Beyond. Hasabel is capable of bringing the might of the Legion’s arsenal to bear upon any who oppose her. 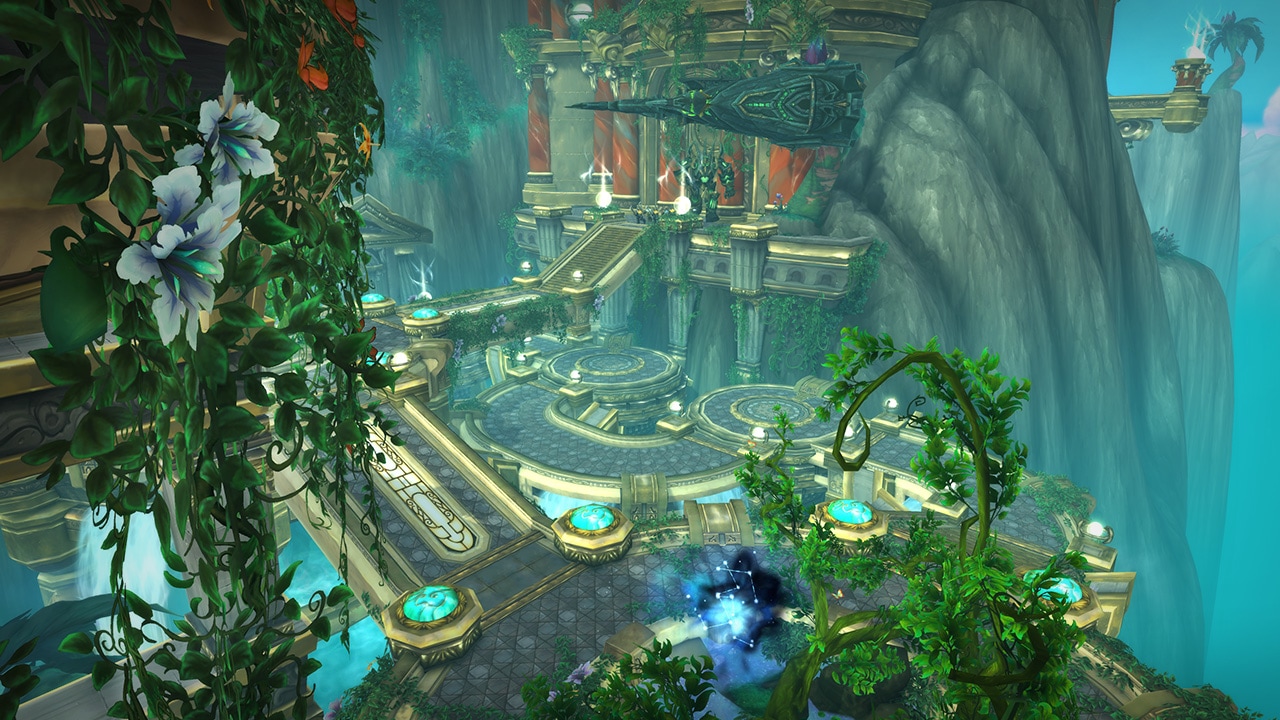 Though she was felled by the blade of Sargeras, the Life-Binder’s essence escaped the grasp of the Dark Titan. After millennia spent hiding in isolation, Eonar’s sanctuary has been discovered by the Legion.

Should her soul fall into the enemy’s hands, Eonar’s powers of nature growth will be perverted to make the Burning Crusade unstoppable. 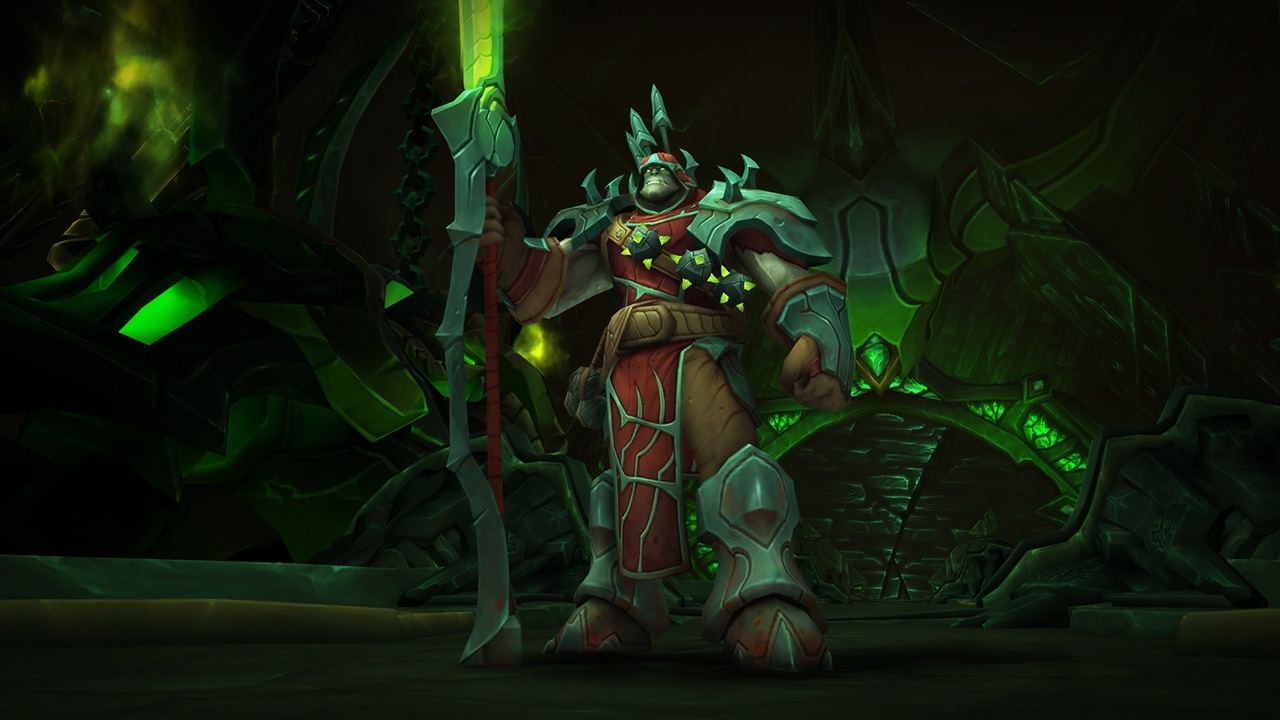 The infamous Imonar serves as the Legion’s bloodhound, capable of tracking prey across the cosmos. With a vast array of gadgets and traps at his disposal, Imonar has yet to lose a bounty…and he certainly doesn’t intend to sully his perfect record by failing to fulfill his latest contract. 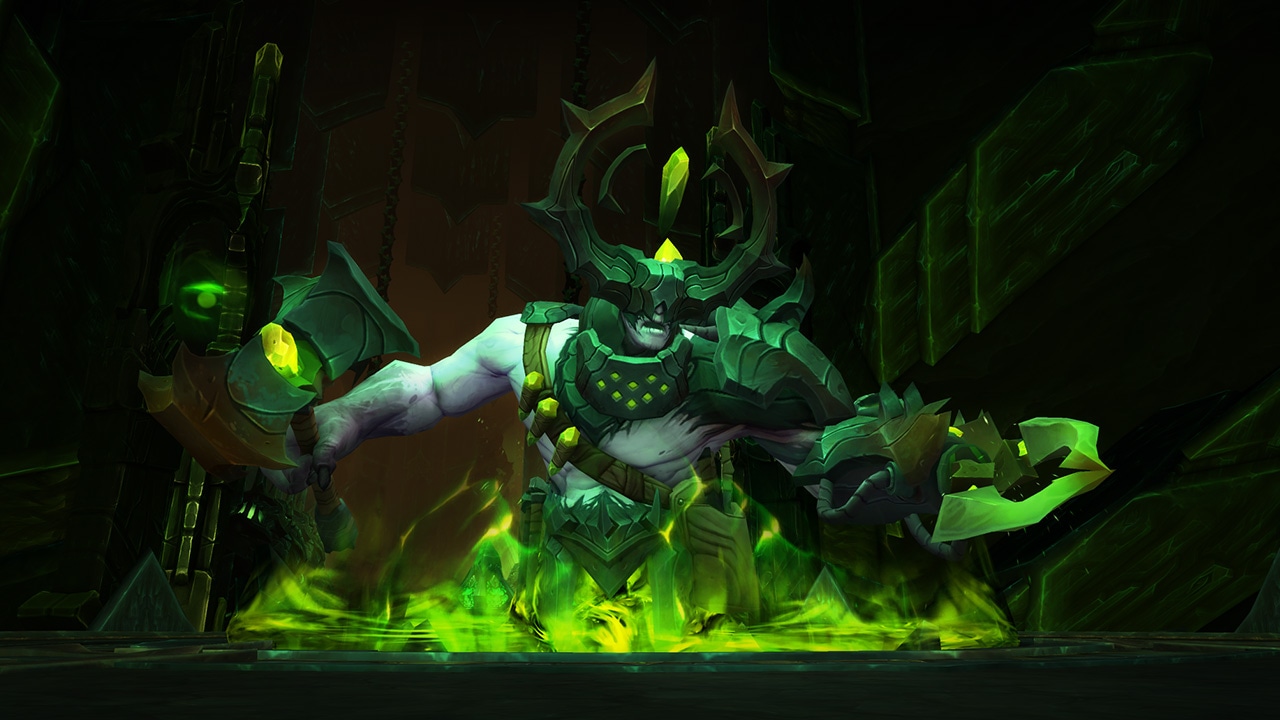 The design of every Legion war machine stems from the depraved mind of Kin’garoth. Obsessed with crafting implements of death, Kin’garoth infused his very body into the production machinery so he could more efficiently churn out a never-ending supply of destruction.

At the behest of the Legion’s dark master, Kin’garoth’s fevered brilliance has developed a new super-weapon which he plans to unleash upon the Army of Light. 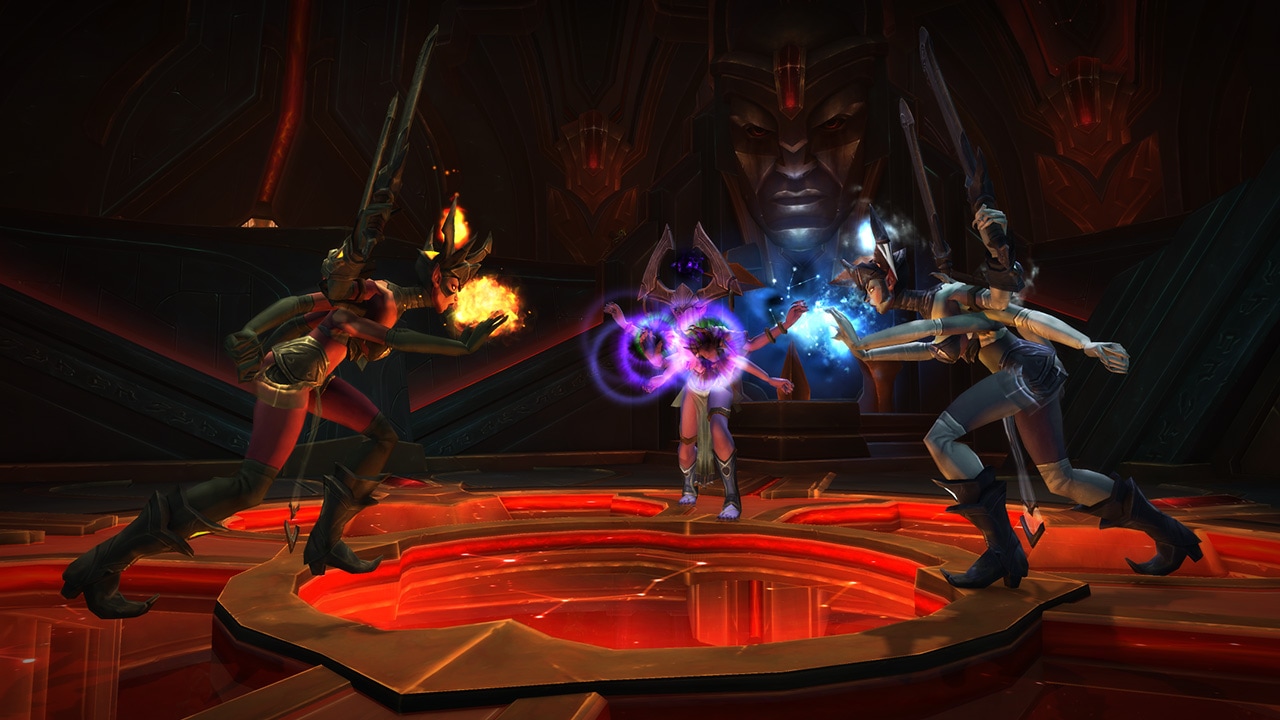 Having proven themselves to be the most depraved and fanatical of all his followers, Sargeras entrusted the Coven with the unholy task of twisting the minds of the fallen titans into an unstoppable Dark Pantheon.

Each sister employs her own signature brand of torture, eliciting screams which echo throughout the halls of Antorus. It is said that neither mortal nor demon can refuse their whispers, making it only a matter of time before the will of the titans is broken. 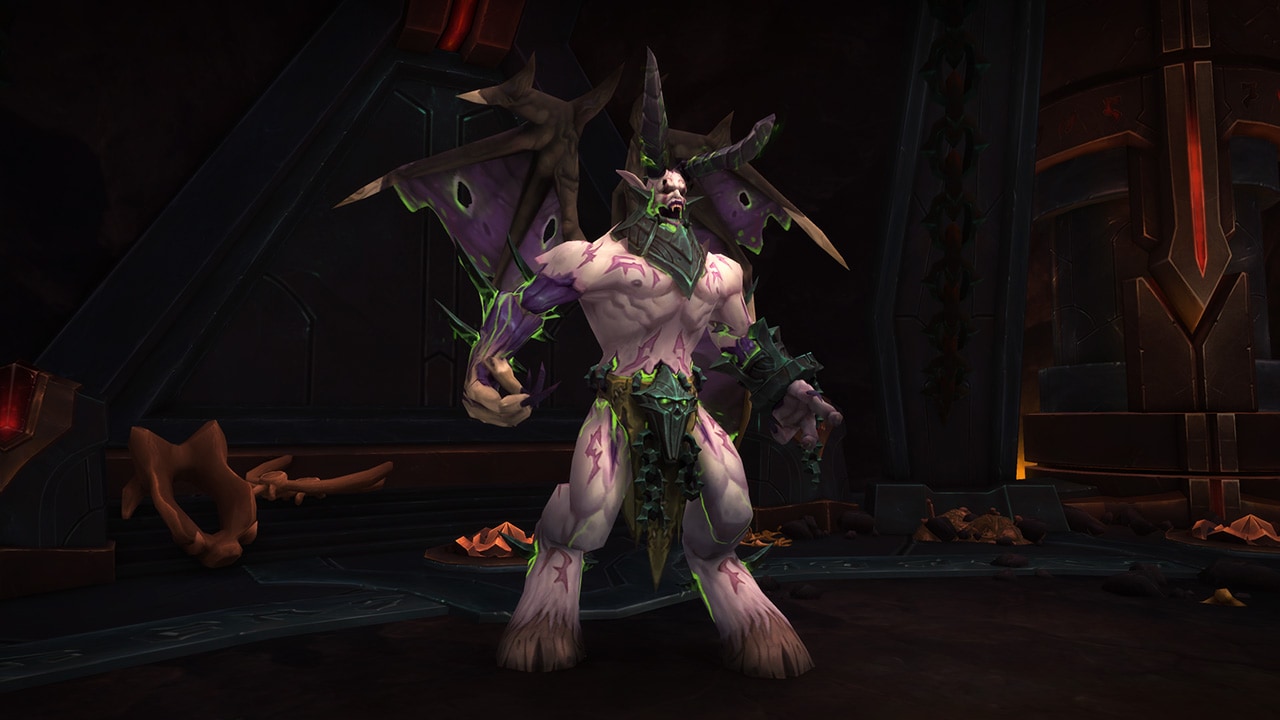 As one of the dreadlords overseeing the Legion’s forces during the Third War, Varimathras failed to stop the rebellious Lich King. He submitted to an ill-fated alliance with Sylvanas Windrunner, then made one last bid for power before facing a humiliating defeat.

In payment for his blunders, Varimathras has been tortured by the Coven of Shivarra. The vindictive sisters stripped away both flesh and sanity, leaving only a singular desire to inflict suffering upon the mortals who cost him everything. 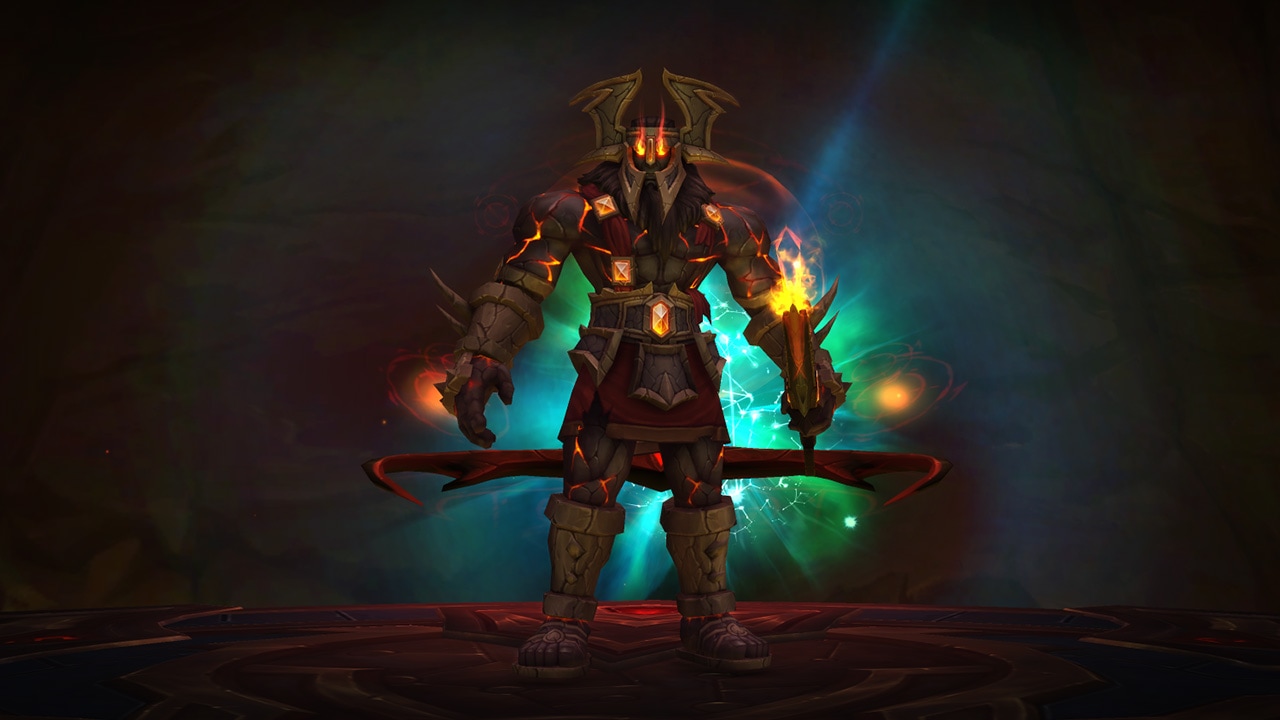 Once the noble Avenger of the Pantheon, Aggramar was struck down by Sargeras and reborn as a titan of destruction. He now stands at the core of Argus, guarding a power that would unmake the universe.

Not even demons are permitted to tread within the titan’s halls, and any mortals bold enough to trespass will be reduced to cinders by Aggramar’s burning blade, Taeshalach.

Seat of the Pantheon 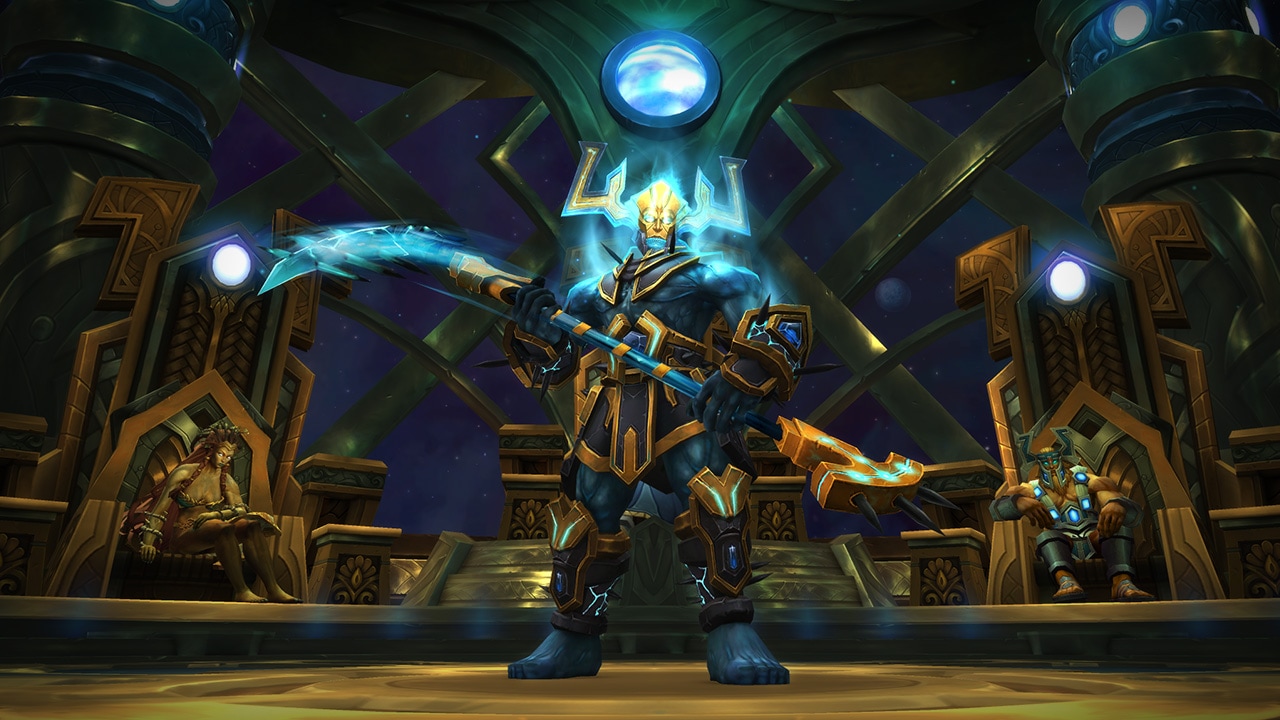