‘Tis the season to eat, drink, wear gaudy sweaters, and be oh so very, very merry. The Feast of Winter Veil has begun!

When: December 16 – January 2
Where: Major Cities (with decorations throughout the world)

Raise your spirits by stepping into one of the Giant Snow Globes* found outside the Ironforge Bank, in Orgrimmar overlooking the Valley of Wisdom, or in the Broken Isles in Dalaran. You’ll take on the semblance of the true holiday spirit as one of Greatfather Winter’s helpers. Make sure you do a little /dance to share the joy with all around you.** 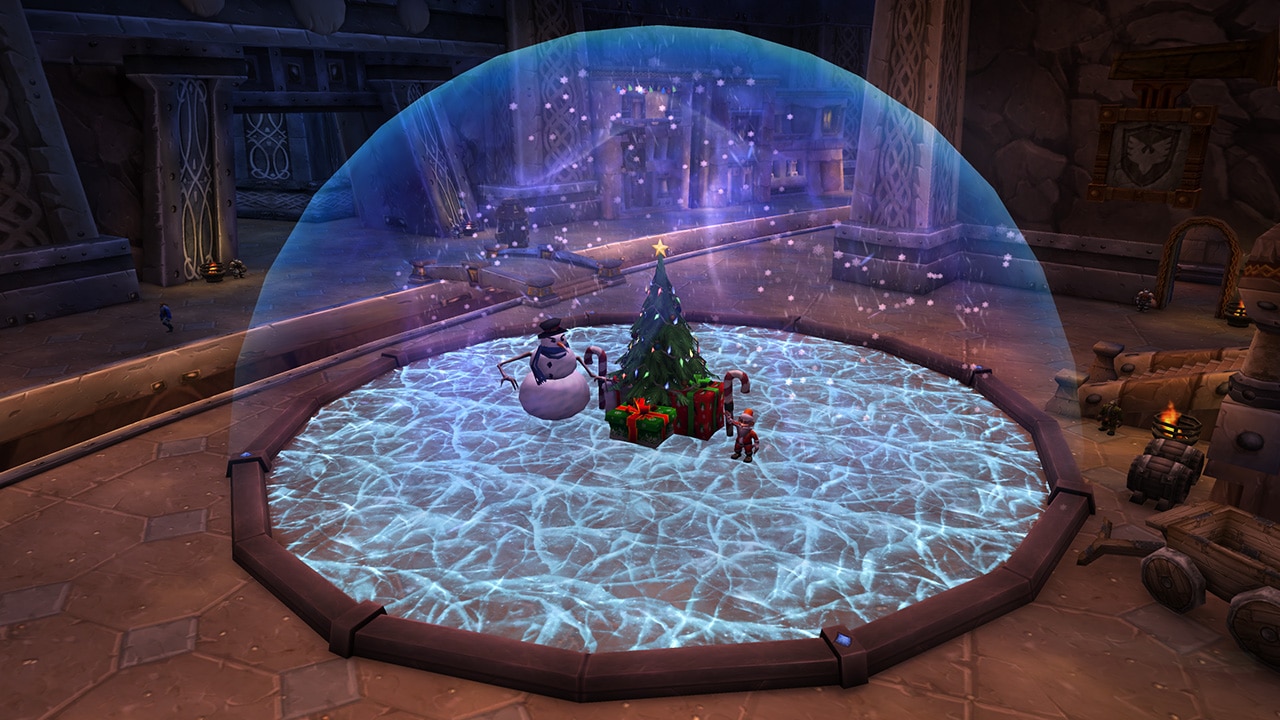 The Abominable Greench is (still) a mean one, but we’re sure that once you’ve filled up on the fine foods and beverages from Smokywood Pastures, you’re bound to put a stop to his reign of terror in the Hillsbrad Foothills. The quest “You’re a Mean One…” is now available to players level 60 and up.

If you’re out and about in the Broken Isles and looking to add a hat or two to your collection, then you’re in luck! Defeat Krosus in the Nighthold, Talixae Flamewreath in the Court of Stars, or Saprish in the Seat of the Triumvirate for a Finely-Tailored Red Holiday Hat. Defeat Varimathras in Antorus, the Burning Throne; Illysanna Ravencrest in Black Rook Hold; or King Deepbeard in Eye of Azsuna for a Finely-Tailored Green Holiday Hat.

Learn more of what the Feast of Winter Veil has to offer on Wowhead’s holiday guide.

*May experience some shrinkage with use.
**Please /dance responsibly. Side effects include joy, laughter, maybe a little jiggle and wiggle, sometimes even a shimmy. Wait at least 30 minutes after eating Smokywood Pastures fine festive foods to avoid unpleasant side effects.