World of Warcraft: Battle for Azeroth introduces a variety of new adventures for players to undertake, including a feature we’re calling Island Expeditions. Each island is comprised of its own biome supporting multiple ecologies, themes, and a variety of dynamic elements designed to provide fresh and unexpected experiences every time you embark.

Azerite is seeping up from the wound that Sargeras’ blade dealt to Azeroth, and an incredible new resource is waiting to be claimed by the Horde, the Alliance, and anyone else seeking power. When you set out on an Island Expedition, you’ll compete for this resource to empower your Heart of Azeroth and to aid your faction in the race to control as much of the world’s Azerite as possible. 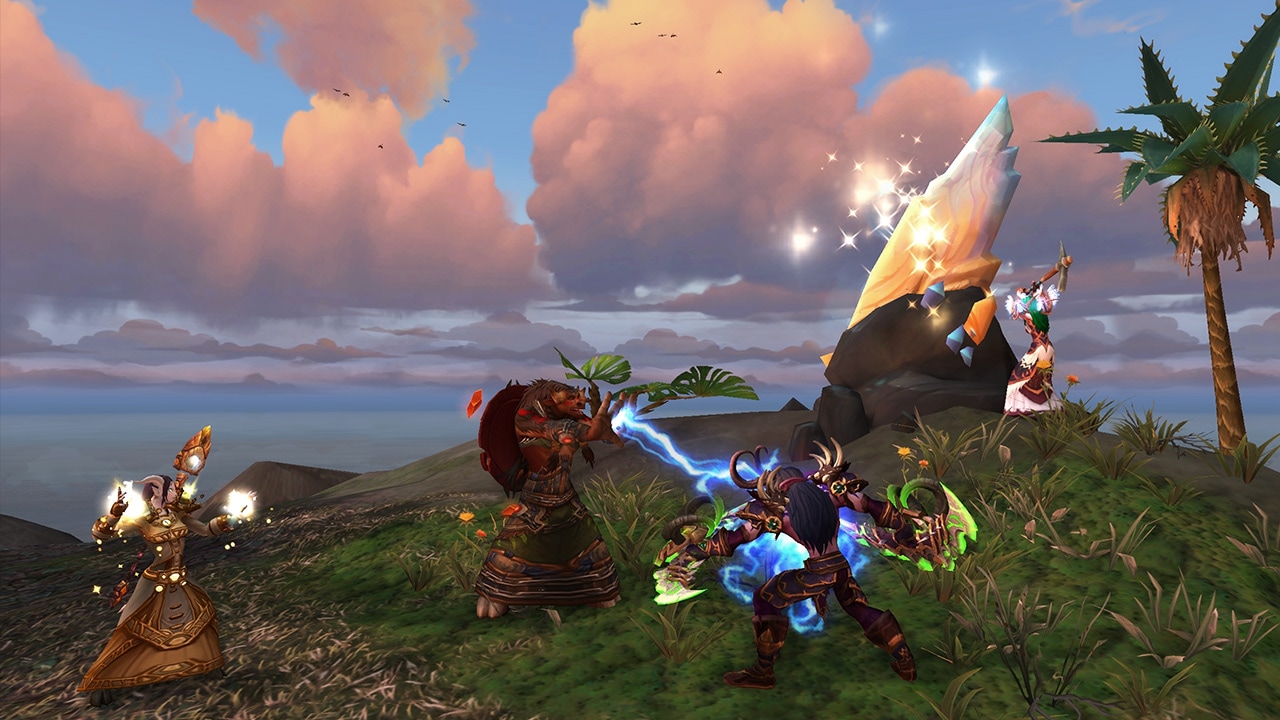 You’ll queue for Normal, Heroic, Mythic, or PvP difficulties either alone or with a group by using an Expedition table in Zuldazar Harbor (Horde) or Boralus Harbor (Alliance). Island Expeditions are three-player encounters, and while you can play as any mix of roles, you’ll want to make sure you’re coordinating with the rest of your group to overcome the opposing faction and acquire 6,000 Azerite before they do.

Upon landing on the Island, you’ll disembark from your ship and make your way onto land in search of as much Azerite as you can get your hands on. There are many ways to acquire it, whether it’s by killing monsters, finding treasure chests, defeating the opposing faction’s team, or mining the nodes that will appear around the island. 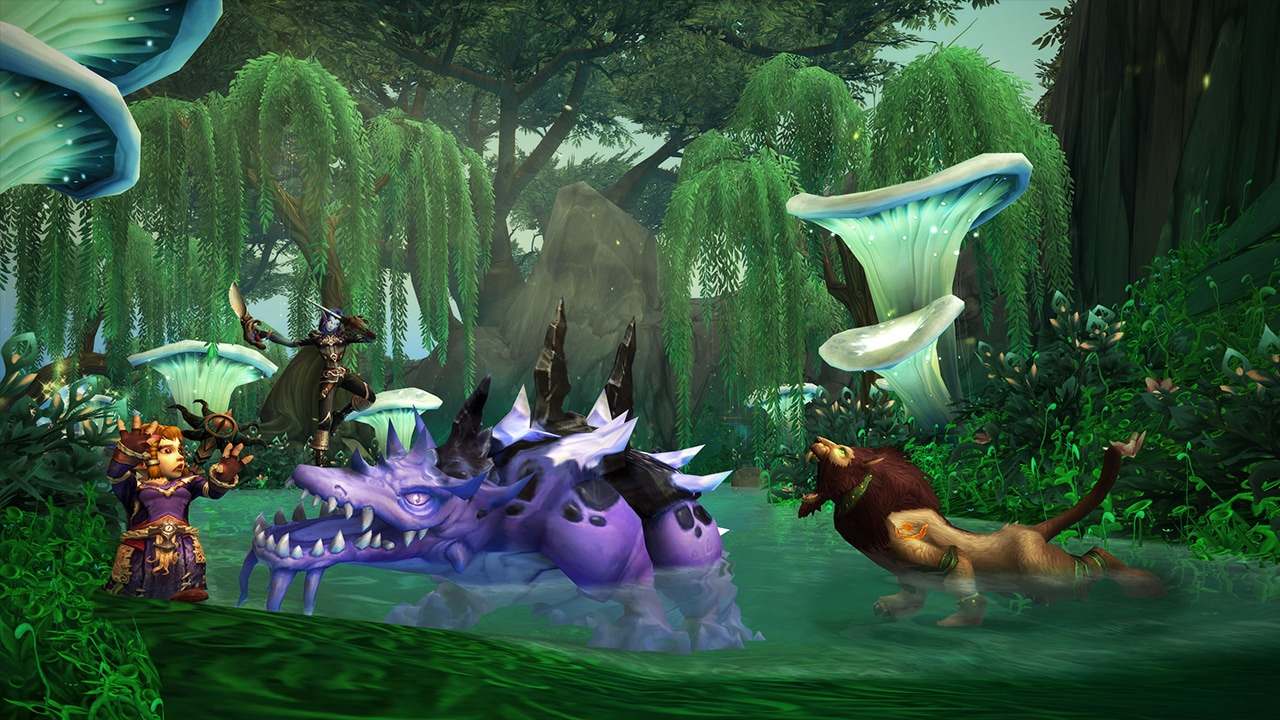 You won’t be alone on the island, as much as you might hope to be. There are others who want to get their hands on the Azerite, and queuing for Normal, Heroic, or Mythic difficulty will pit you against a rival team of three Horde or Alliance “Advanced NPCs.” These clever rivals will move around and take advantage of the island just like other players would, and each group of opponents has different tactical personalities, from the more aggressive to the more defensive, and will all seeking to claim 6,000 Azerite before you can and take home victory. You never know which team of opponents you’ll face, so be prepared to use all your character’s abilities to overcome them.

For those who choose PvP difficulty, you’ll be pitted against players of the opposing faction to see which team will triumph. 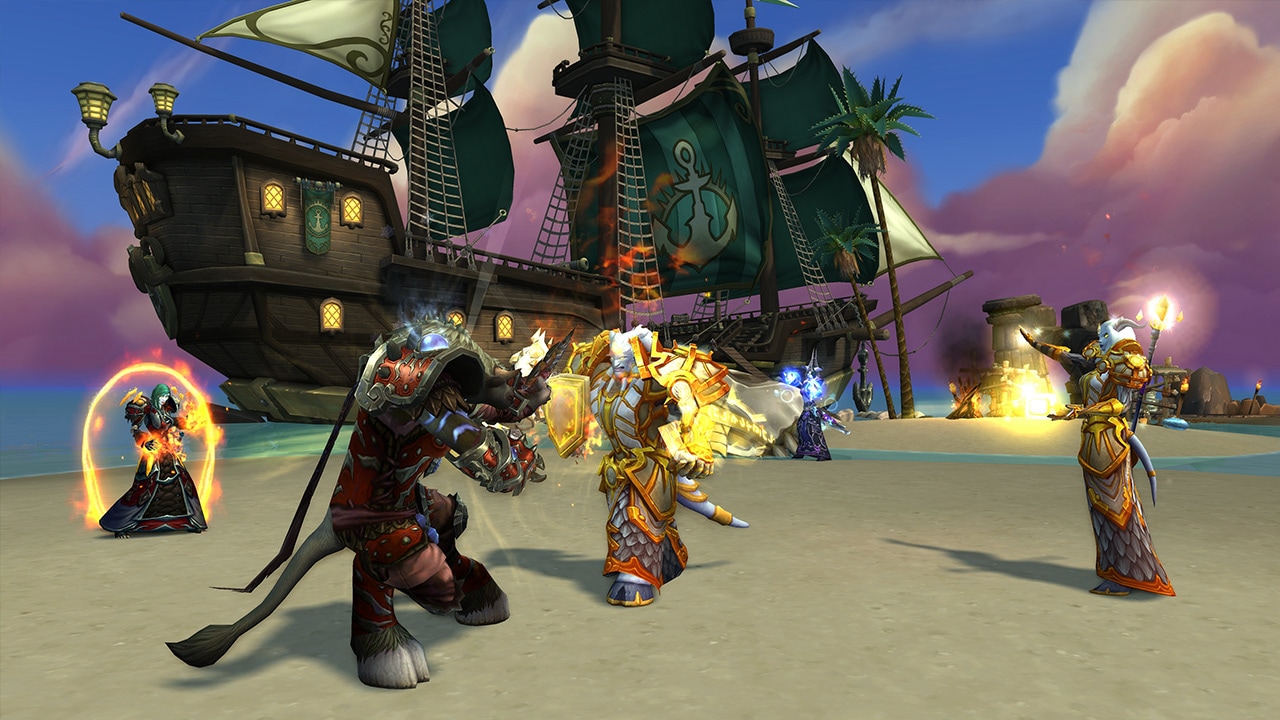 There’s plenty to explore on this uncharted land, and each island features lots of dynamically generated elements that provide a variety of challenges to overcome.

It’s more than just the Horde and the Alliance interested in the Azerite—you’ll also confront a wide range of different enemies seeking to claim it for their own. As you explore the island, you’ll engage in smaller encounters such as a village of quilboar, water elementals guarding treasure chests full of Azerite, or rare and elite monsters. You’ll also encounter random events from time to time as you explore the island.

To overcome some of these encounters, you’ll need to keep an eye out for beneficial shrines, food, or objects that can aid you. With a bit of tactics and coordination, you’re bound to find some great opportunities to add more Azerite to your count and claim victory.

With extensive combinations of enemies, power-ups, spawn locations, and more, you’ll never know what you’ll come across in your next Island Expedition. 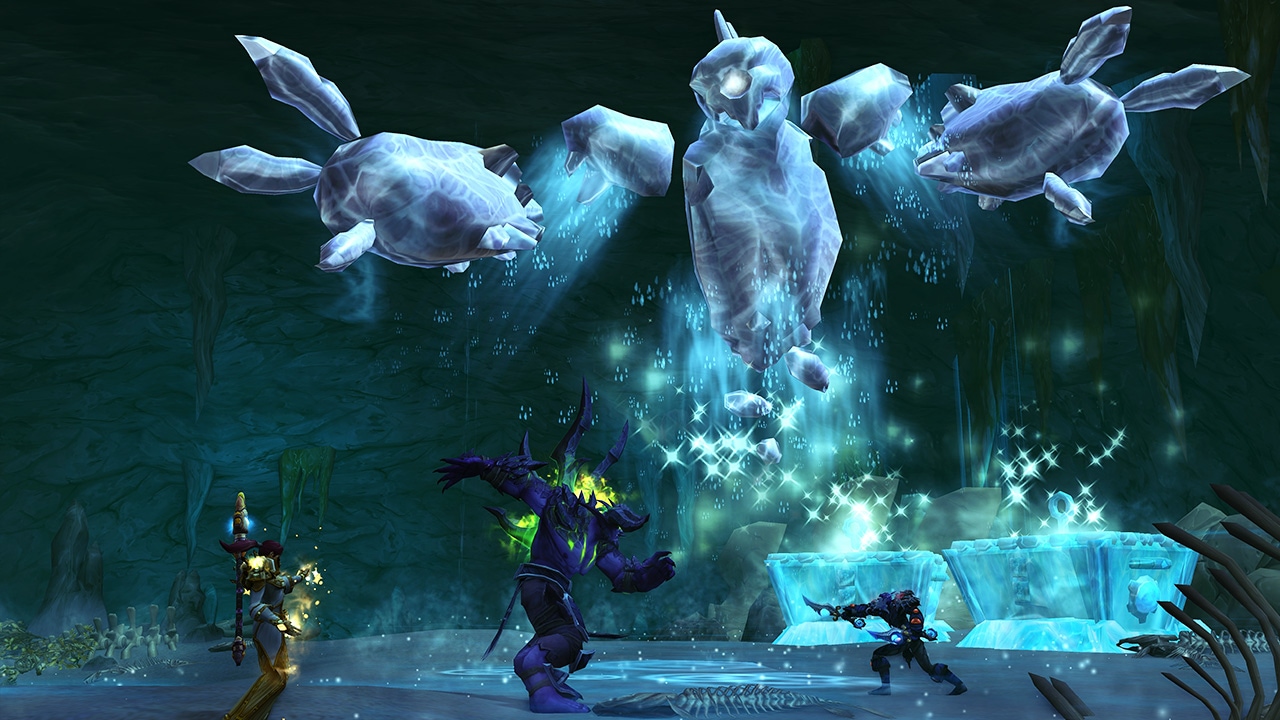 Winning isn’t everything, but the more Azerite you collect, the more Artifact Power you’ll gain to empower your Heart of Azeroth when the expedition concludes. We’re still working out what other rewards Island Expedition might yield, so keep an eye on our official channels for more information.