The war with the Legion has left a terrible wound in Azeroth, one keenly felt by Magni Bronzebeard. He can no longer speak to the world’s spirit; he can only hear her screams. Plagued by doubt, Magni journeys to Silithus, desperate to find of a way to rekindle his connection with the world.

We invite you to download and read the free comic here. 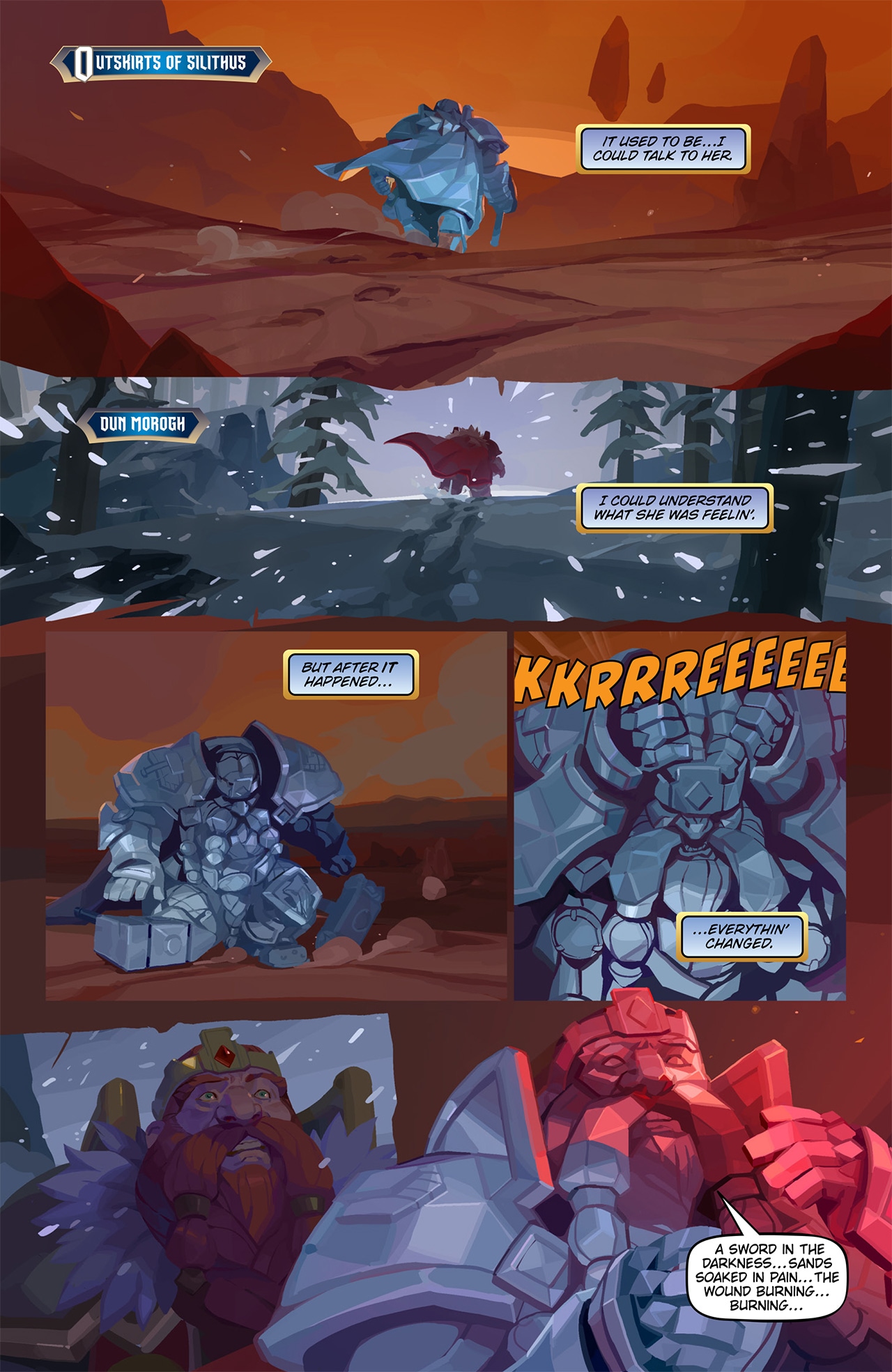 Written by Matt Burns and Illustrated by Katherine “Suqling” Chan, “The Speaker” is the second in a series of comics leading up to the Battle for Azeroth.

Matt Burns is a senior writer on Blizzard Entertainment’s creative development team. During his time at the company, he has helped create a variety of fiction for the World of Warcraft, StarCraft, Diablo, and Overwatch universes. His projects include authoring Diablo III: Book of Tyrael and co-authoring the New York Times–bestselling illustrated history series World of Warcraft Chronicle: Volumes I, II, and III.

Katherine “Suqling” Chan is an illustrator from Singapore who mains support and utility classes in video games. She has worked on a variety of game-focused projects over the past two years, including the Heroes of the Storm comic “Rise of the Raven Lord,” and actively creates fan art on her blog, www.suqling.tumblr.com.