After returning home to Azeroth, Alleria Windrunner calls upon her estranged siblings—Sylvanas, the warchief of the Horde, and Vereesa, ranger-general of the Silver Covenant—to join her in a quest to retake their ancestral home, Windrunner Spire, from the undead who have overrun it. On their journey, the three sisters will navigate the dangers of the present and the ghosts of the past to discover if time and tragedy have divided them irrevocably—or if, despite everything, they are still a family.

We invite you to download and read the comic here. 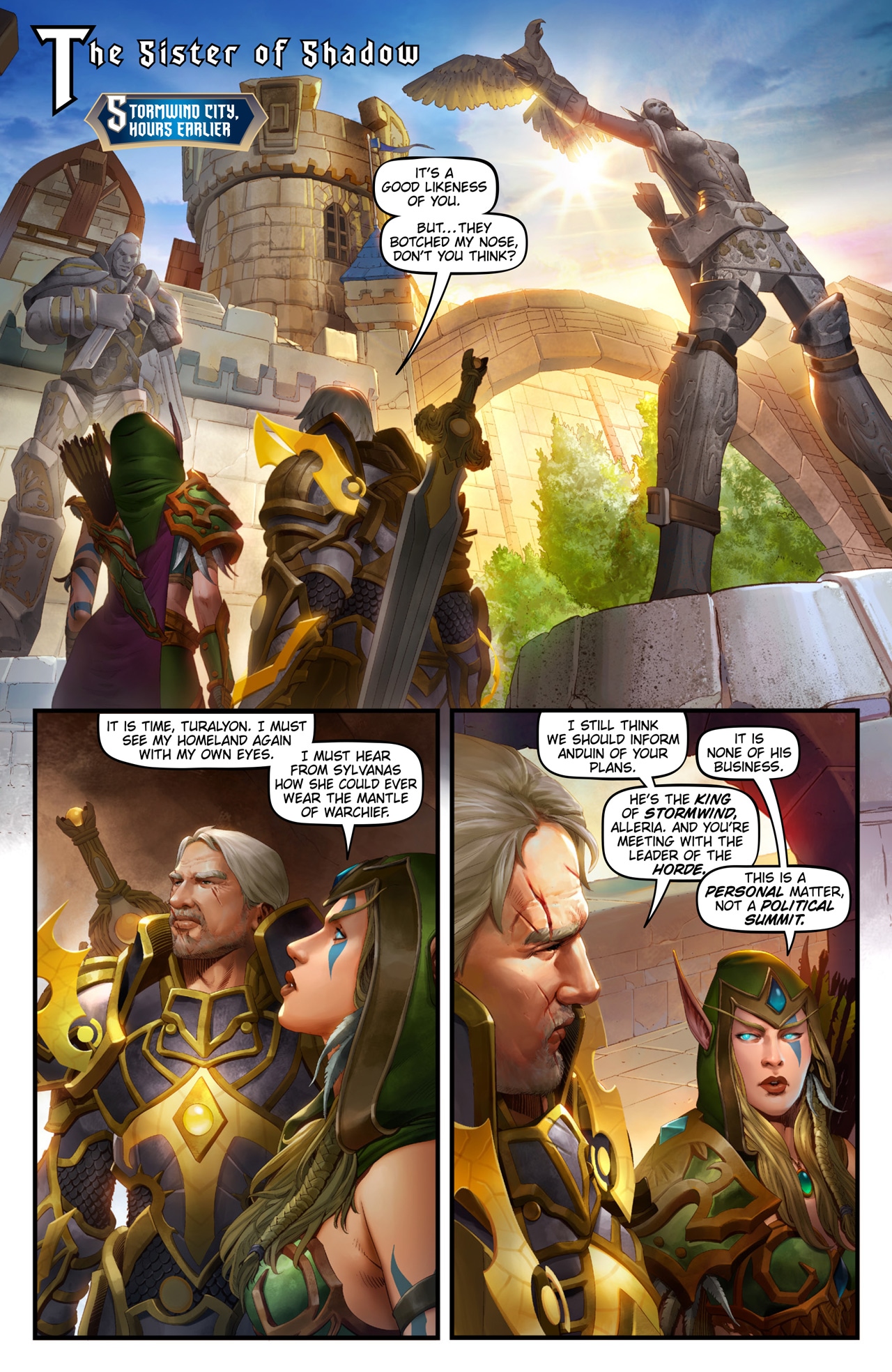 Written by Christie Golden and Andrew Robinson based on a story by Steve Danuser, and illustrated by Antonio Bifulco and Sebastian Cheng, “Three Sisters” is the third in a series of comics leading up to the Battle for Azeroth.

Christie Golden is an award-winning author and International Association of Media Tie-in Writers Grandmaster who has appeared on the New York Times Best Sellers list nine times. She is the author of 54 novels, including 16 for World of Warcraft and StarCraft. After collaborating with Blizzard for the past 17 years, she took things a step further and became a full-time employee in 2017. Since then, she has contributed creatively to a variety of Blizzard’s universes, such as writing song lyrics, comics, short fiction, and in-game content, including cinematics.

Andrew Robinson is a senior writer on Blizzard Entertainment’s creative development team, where he helps build and expand upon the fiction of our universes through comics, cinematics, and more. He started at Blizzard in 2014 as a writer focusing on animation projects, and has written and consulted for more than 30 animated TV shows over the course of his full career.

Antonio Bifulco graduated with a degree in painting and drawing from the Art Academy of Napoli. He began working in the art industry as a colorist and inker first in 2007 then progressed to penciller, character designer, illustrator, and concept artist. During his career, he’s collaborated on several comics, video games, and card games.

Sebastian Cheng is an acclaimed Malaysian-American comic book colorist and digital painter who has contributed to works from Blizzard Entertainment, IDW Publishing, Titan Comics, Penguin Random House, and Upper Deck. He’s best known for his work on the Revolution and Revolutionaries comic series for IDW.