Early this year, we kicked off our Opening Moves series, where we took a closer look at the early game of competitive World of Warcraft. We followed up in July with Midgame Moves. This week, to celebrate the end of the year, we’ve been bringing you Endgame Moves.

What do you do when you’re in dampening and you need that extra little push to secure the win? We talked to some of the top Arena pro players about what they do to close out a game.

Securing the endgame is first and foremost about regulating your own gameplay. “The focus points are without a doubt cooldowns, crowd control, and interrupts,” said 2018 BlizzCon champion Chuck “Cdew” Dewland.

Cooldowns especially are important. “Both offensively and defensively, [they] are going to be the main concern of every match,” he said. “Using defensive cooldowns properly is going to help you survive in intense situations.” Cdew said that focusing on yourself and your own play is vital as well. “Keep a level head and focus on your win condition,” he advised, noting that Rogues and Mages in particular should resist the urge to make flashy plays.

“In the end, the rules of WoW Arena are simple: do damage and don’t die."

2017 BlizzCon champion Alex "Alec" Sheldrick agreed, talking about the importance of keeping a cool head. “In the end, the rules of WoW Arena are simple: do damage and don’t die,” he said. “Usually the team that does the most damage and [applies the most] pressure wins the game, not the team that crowd-controls the most.” Alec says it’s important to remember that crowd control is the means to an end, not an end in and of itself. “Crowd control enables your team to do more damage and makes enemies deal and heal less,” he said. “Make use of it.”

So you’re focusing on keeping it simple and keeping track of cooldowns, crowd control, and interrupts—next is knowing when to go for the kill. This brings us to the concept of the “go.” The “go” is when the enemy team reaches a critical weak point, which is the perfect time to go all-in on taking them out. 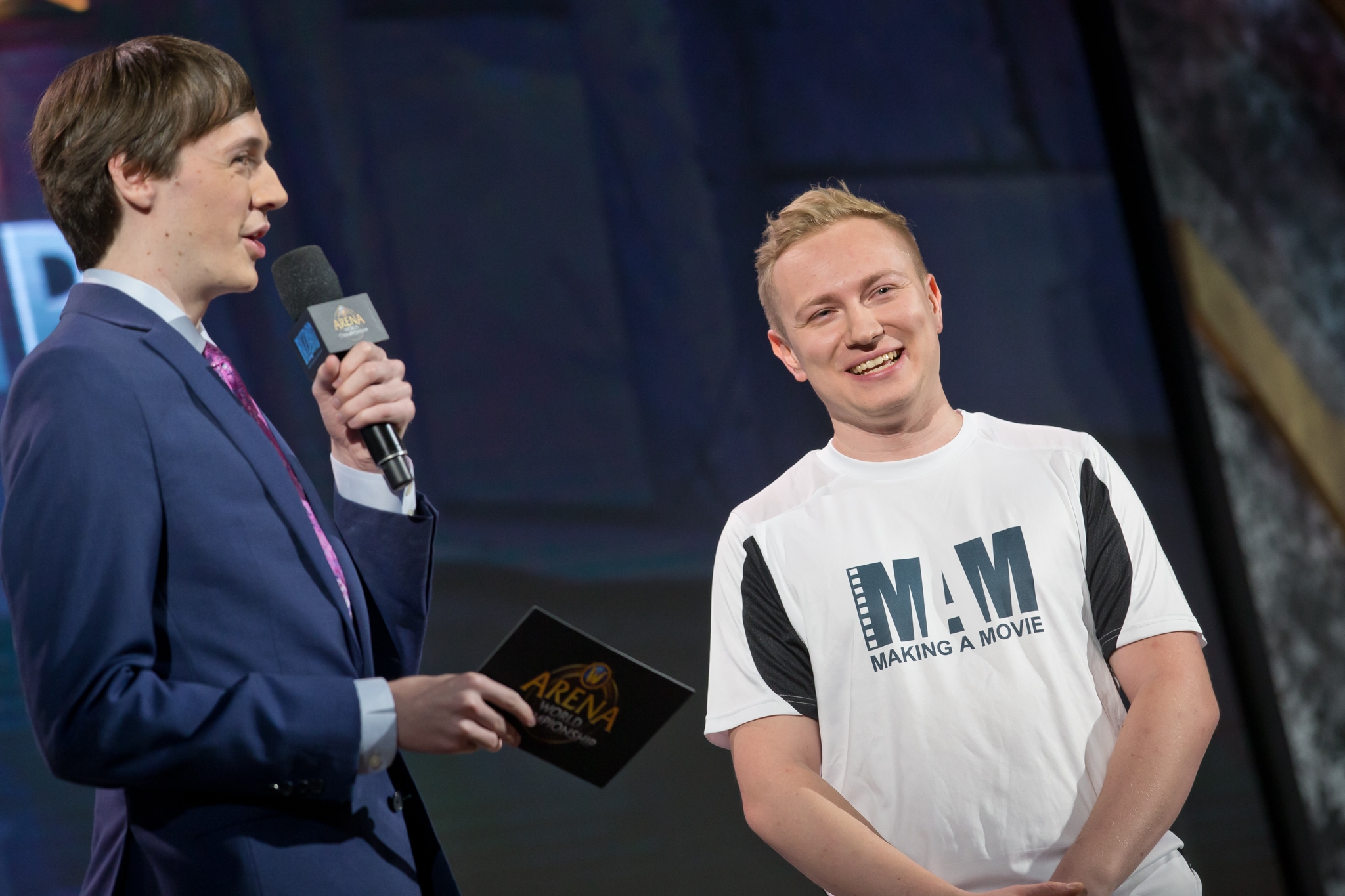 Artur “Vilaye” Riabtchenko says that keeping track of when the enemy team is popping trinkets is vital. “[Watch for] bad usage of trinkets, so you can capitalize on it next go,” he said. Other things to keep top of mind include where an enemy is positioned, what defensive cooldowns they've used (especially their PvP trinket), and how much mana the opposing healer has, according to Cdew. “During a match, any one of these scenarios could help you lead to the ‘go’ to secure the win,” he said.

It’s worth noting that different classes could have very different “go” signals. “As a Frost Mage, my ‘go’ is very different than if I was a Fire Mage,” Alec said. “Frost Mages prey on immobile players stranded [in the] open field without mobility or clumped in a tight corner. As a Fire Mage, positioning is less relevant—you will focus more on trinkets and major defensive cooldowns, such as Ice Block.”

Thanks for reading! Hopefully this will help you both recognize and arrive at your own “go” in Arena. For more Endgame Moves, see our previous stories in the series—Lessons from Arena in 2018 and Going Fast in Mythic Plus dungeons. Return tomorrow as we examine at how kills are secured via different comps and combos.