We’re shaking things up a little bit for this tournament. To start with, all players are now allowed to swap to different characters after each dungeon with no restrictions on classes, races, or factions. As a result, Siege of Boralus has been added to the pool of dungeons; teams will choose which starting point to use based on their chosen faction.

For the full schedule for all WoW esports in your time zone, check out the schedule page. 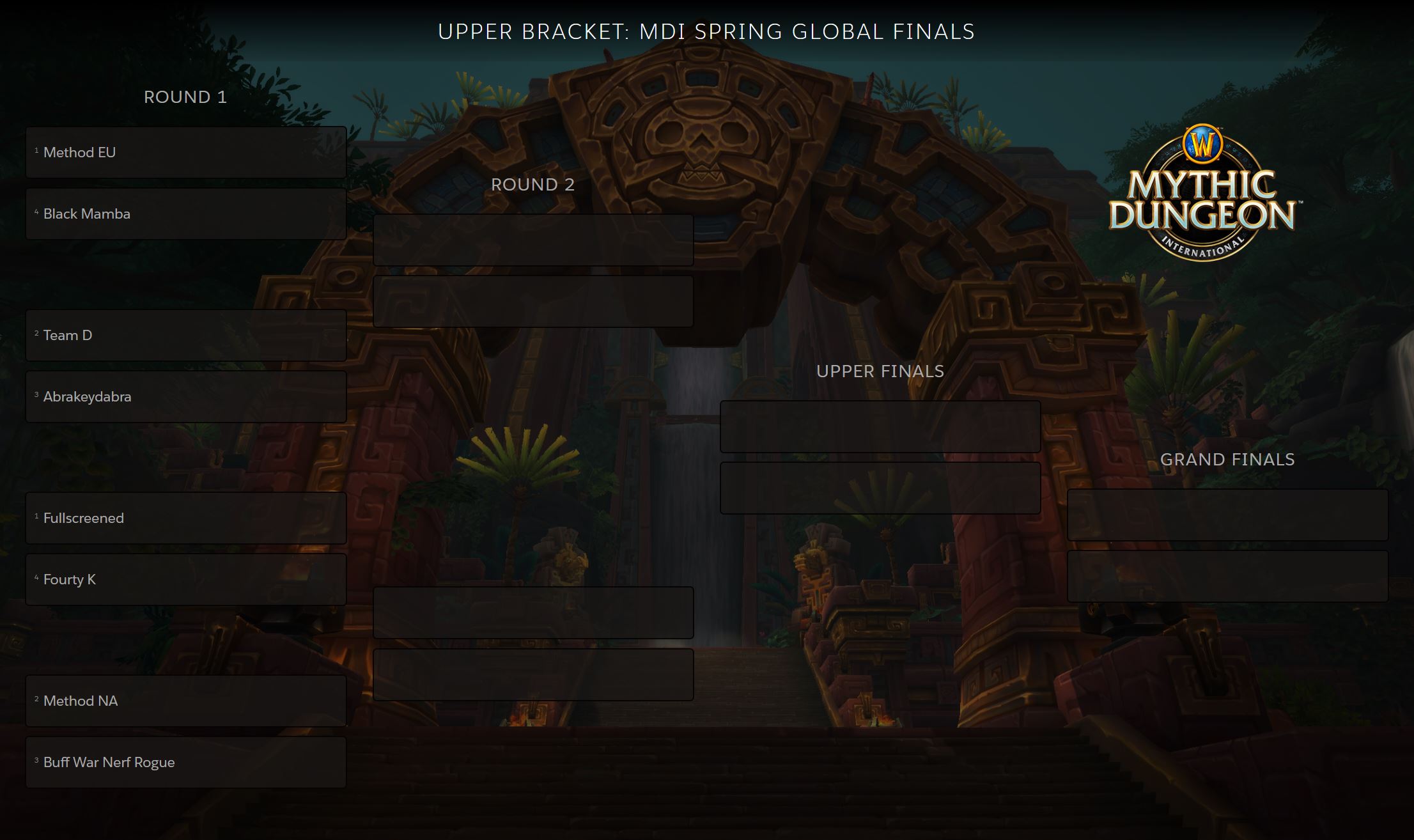 * Battle For Champion are unable to attend due to a player's family emergency. They have been replaced with Australian team Fullscreened.

To stay up to date with the progress of both the upper and lower bracket throughout the tournament, bookmark the Raider.IO MDI Spring Finals bracket. 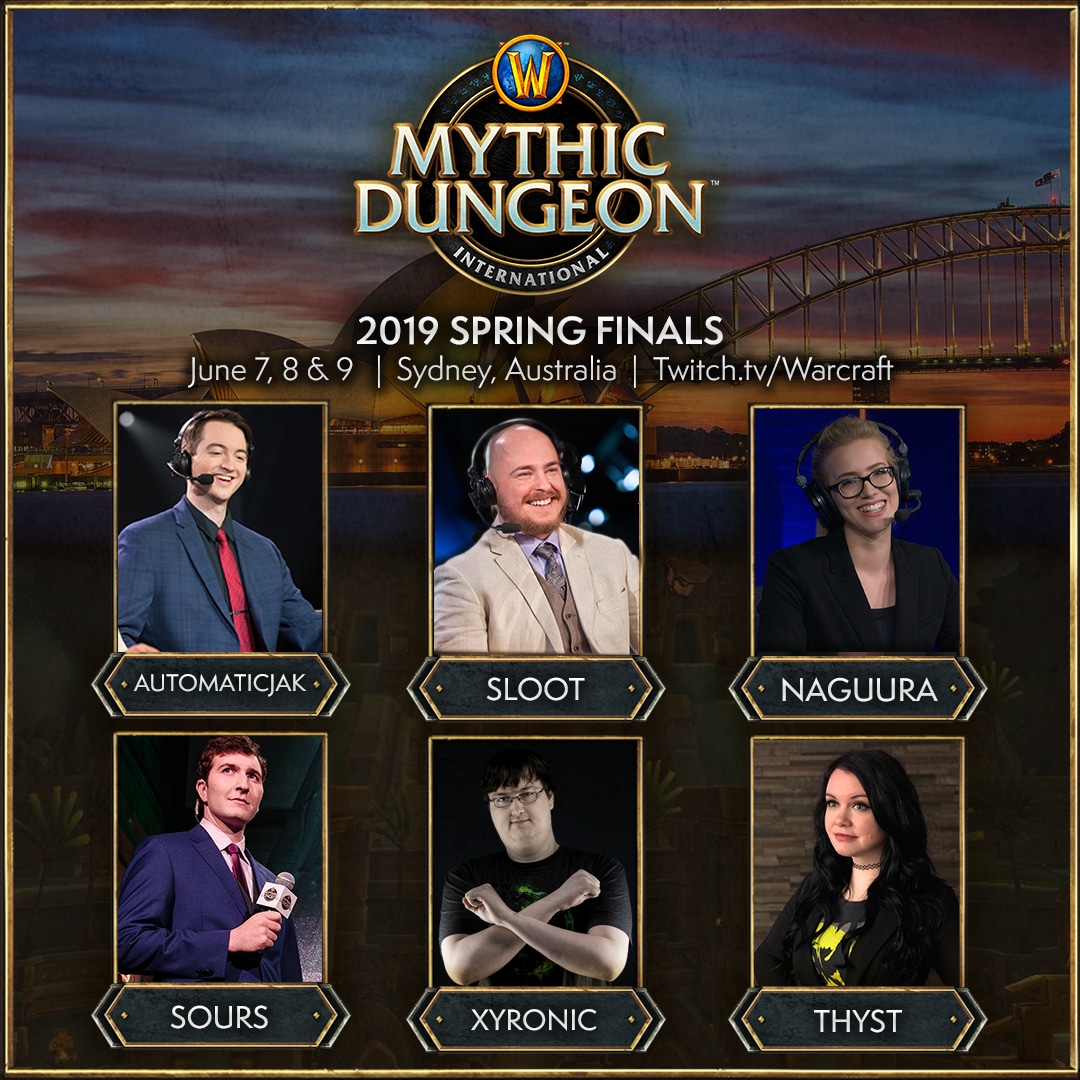