Playing with friends when your characters are different levels is now easier than ever with Party Sync.

With the Winds of Wisdom 100% experience buff benefit lasting until the release of the Shadowlands pre-patch, now’s a great time to join the fight in Battle for Azeroth! Use Party Sync to play with friends new to World of Warcraft or returning to quest together using any characters you have, no matter their level.

If you’d like to play WoW with your friends without having to worry about whether your characters’ levels are too far apart, the new Party Sync feature is for you!

TIP: If you’re adventuring with a friend you’re linked to via the Recruit A Friend program, you’ll be able to use Party Sync while enjoying the same benefits—including the RAF experience buff which further benefits from Winds of Wisdom for even faster leveling. Learn more about RAF here.

When players activate Party Sync, everyone in the party becomes aligned to the same quest state and phase. By mousing over a quest in your tracker, you can see who’s on a given quest, what their progress is, and who’s ready to turn it in. You’ll also have access to a “replay quest” feature that allows players who have already completed certain quests to replay them with friends who haven’t for rewards that are appropriate to their current actual level, regardless of the original level of the quest. Quests can be replayed for rewards once a day. 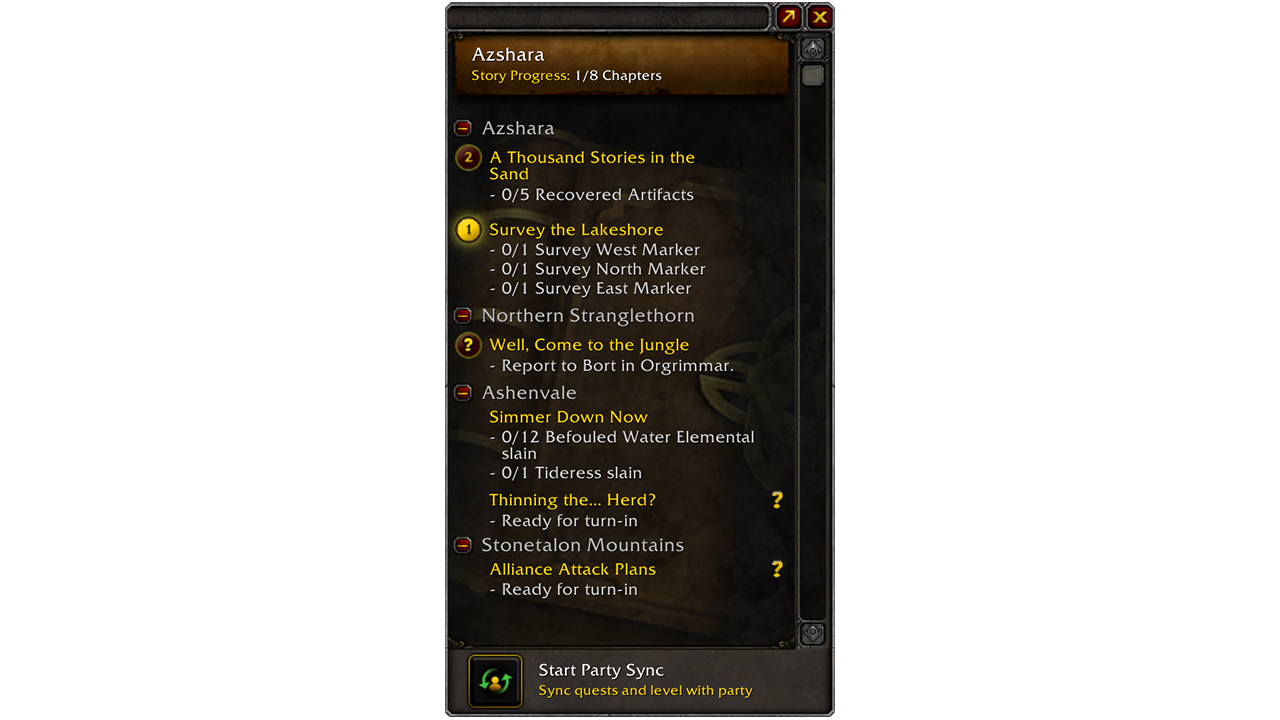 Once all players have accepted, quest status will be synced and levels will become adjusted so you can play together!

While most quests can be replayed, there are some exceptions. Repeatable quests, such as dailies and World Quests, can't be replayed. We've also excluded some quests with story implications from being replayed. These are determined on a case-by-case basis, and may include quests like the Demon Hunter starting quests, or quests where you might choose to betray the Warchief (how could you!).

Sync to Their Level

With Party Sync, you can choose to have your level temporarily adjusted, making it so higher-level players can quest and experience outdoor content with lower-level friends as they level up.

While Party Sync is active, party members’ stats are reduced and skills are limited to a set that reflects their temporary level, including disabling some items that are beyond the scope of the experience at that level. This keeps the focus on helping lower-level party members. Unlike in Timewalking, when your level is scaled through Party Sync, you will temporarily lose access to abilities and powers (such as Azerite Traits and spells, abilities, talents, and trinket effects) with requirements that exceed your reduced level.

While questing in Party Sync, you may see quests you’ve already done before—those are Replay Quests! Accept them as normal and quest together, but remember that Replay Quests are temporary and go away when the Party Sync ends. Additionally, some quests can become deactivated if your group no longer meets the requirements. Quests that can’t be replayed won’t display an icon, while a grayed-out icon indicates quests that your party sync group does not qualify for that are in your log. You can’t complete these quests until you leave Party Sync. To do so, click Stop Party Sync at the bottom of the Map & Quest Log. 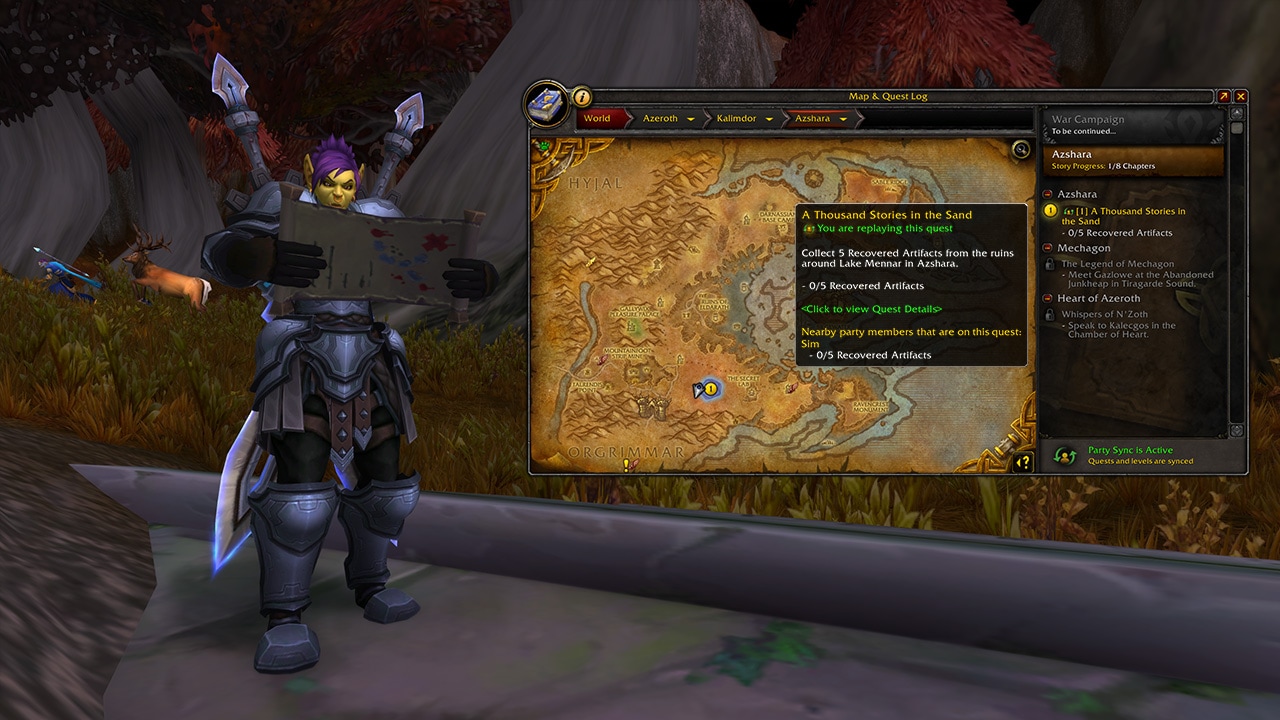 Go Forth with Friends

Players can use Party Sync right now to experience the thrill of adventure in World of Warcraft, from the early steps on your journey up to the current story in Visions of N’Zoth. Please note that Party Sync is not available in WoW Classic.