Prepare to put your tactical skills to the test. In the expansion’s new Adventures feature, you’ll send your allies into the Shadowlands to tackle unique challenges for your chosen Covenant. You’ll need to be strategic about how you take on these combat puzzles, including who you’ll send to face them and how you’ll use their skills to claim victory.

You’ll also be able to check in on and continue your Adventures offline with the WoW Companion App.

A New Way to Adventure

Once you’ve joined your chosen Covenant, you’ll be able to begin undertaking Adventures from the dedicated table within your Sanctum. Through the interface, you’ll be able to view available Adventures, the associated rewards, the cost to undertake them, the state of your units, and how challenging the enemies are within that Adventure. You’ll want to choose a solid mix from your Adventurers, Soulbinds, and troops to create a party of up to 5 units to deal with the various threats. 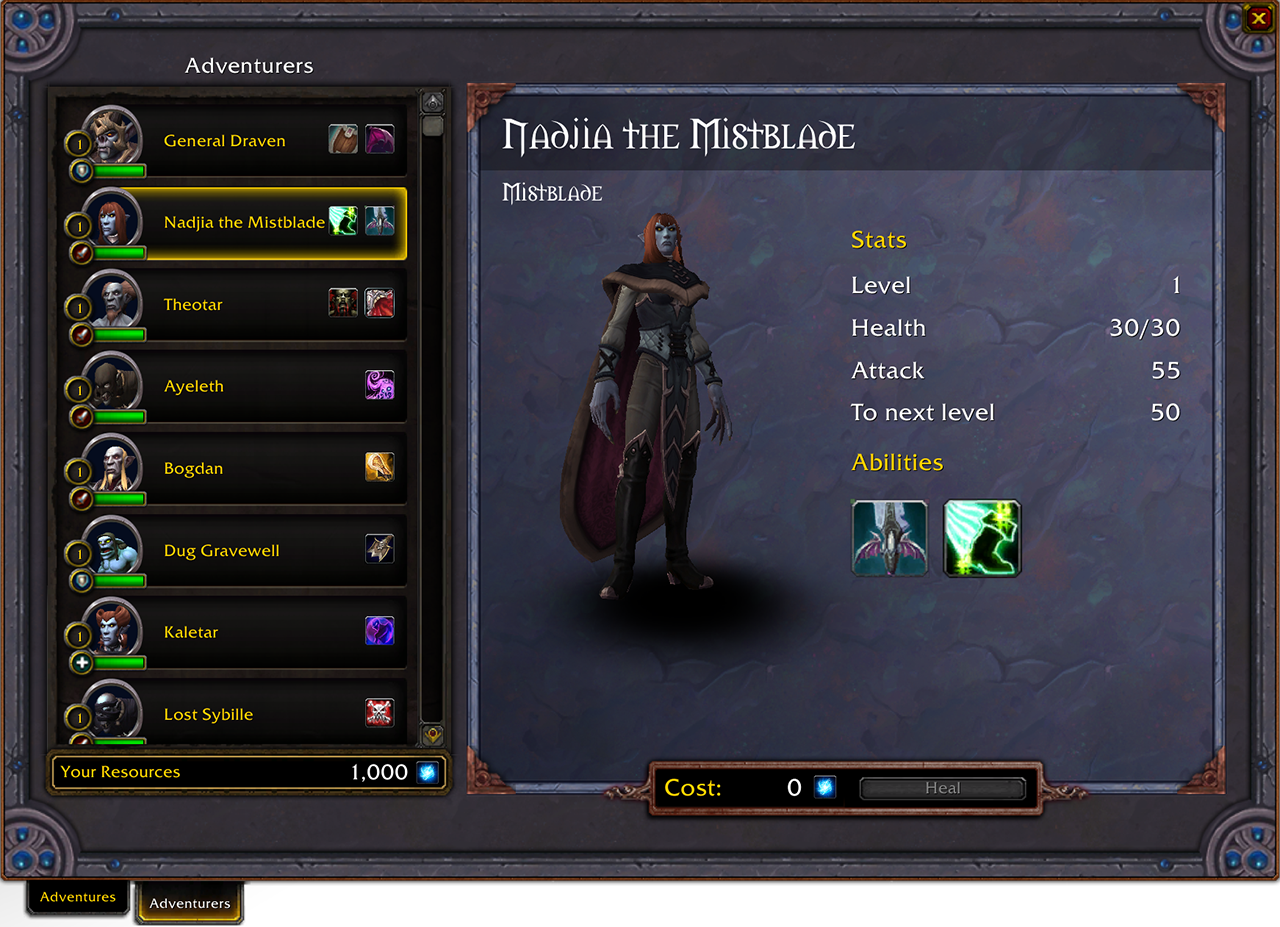 With the introduction of Soulbinds in Shadowlands, we wanted to find a compelling way to bring their individual personality traits into as many aspects of the game as possible, including Adventures. Similar to previous high-profile personalities in past expansions’ Missions, Soulbinds will be able to lead the charge while expressing their own motivations and goals through the Adventures system.

When it’s time to prepare for battle, positioning matters. You’ll need to use strategy in how you place your Adventurers to take on the enemies they’ll engage with and counter their abilities. For example, you may want to make sure your toughest allies are placed in the front of the formation, with more fragile allies placed toward the back so damage to them is minimized and they can use their ranged abilities. 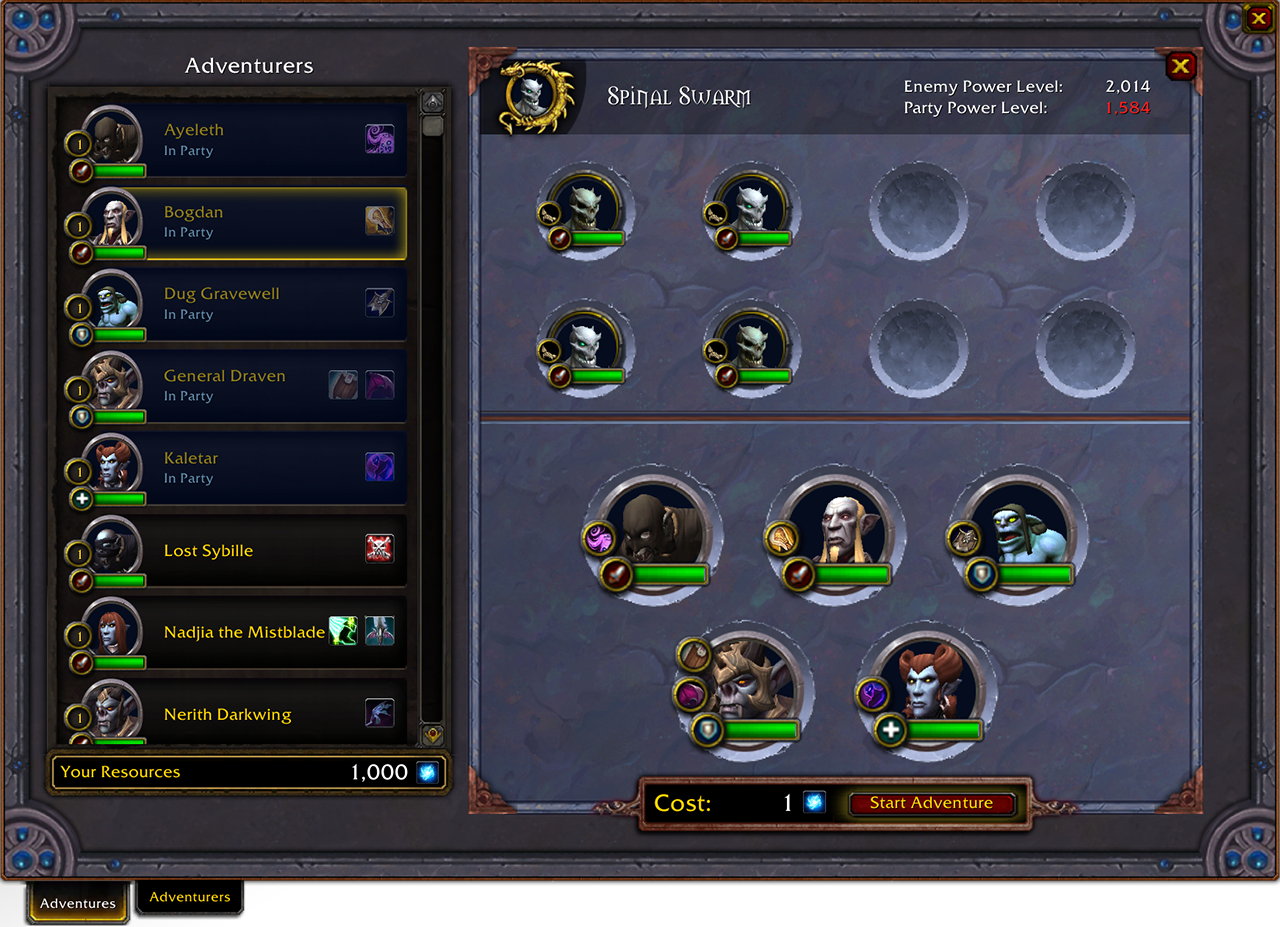 At the completion of an Adventure, you’ll be able to see the results through a replay of the battle. You’ll want to pay close attention to which units performed well, which you may want to reposition, or which you might want to exclude in future similar fights to make the most of them in your next encounters. 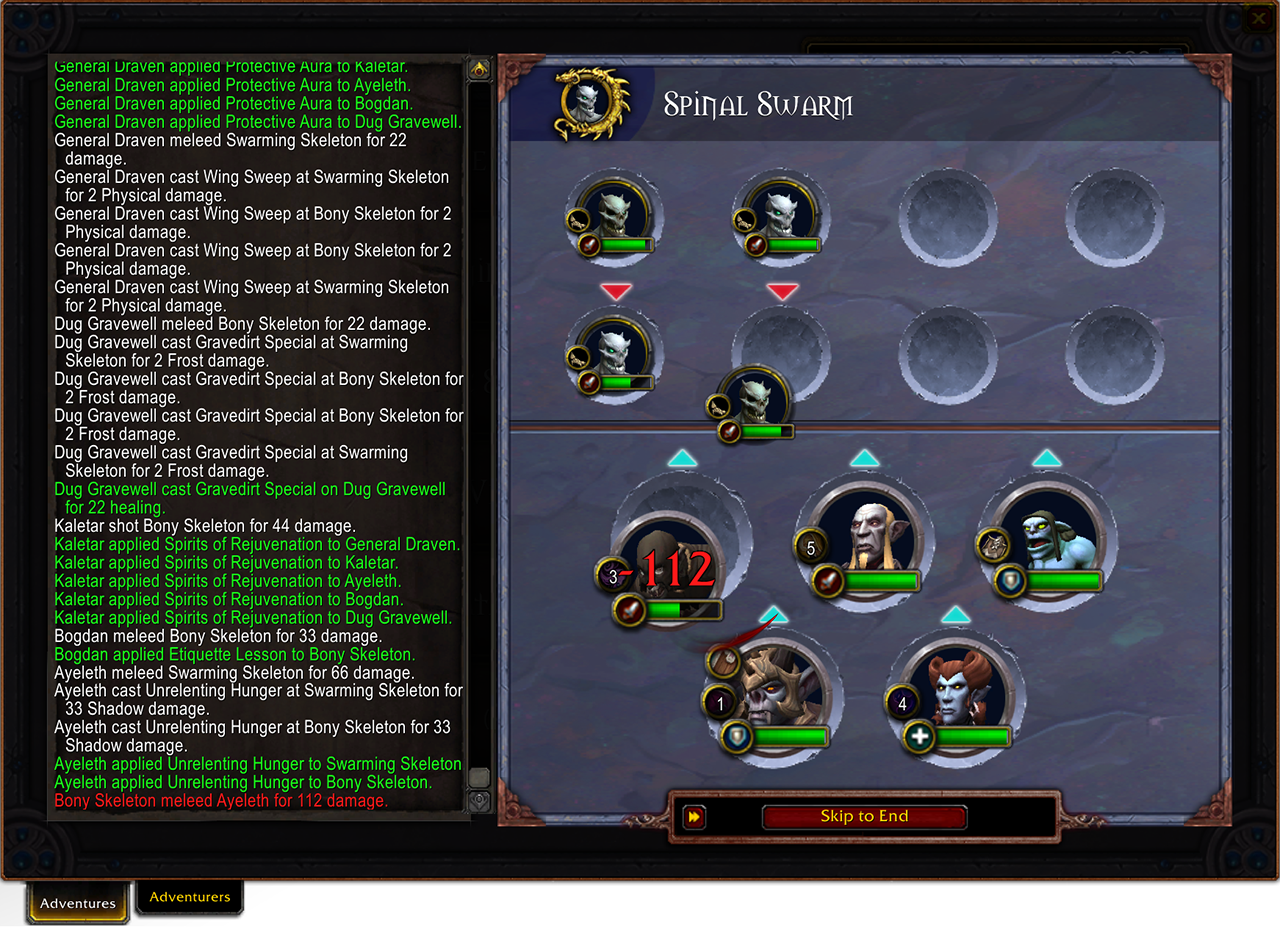 To the victor goes the spoils! Should your troops defeat the encounter, you’ll collect your earned rewards including pets, mounts, gold, Anima, and more. 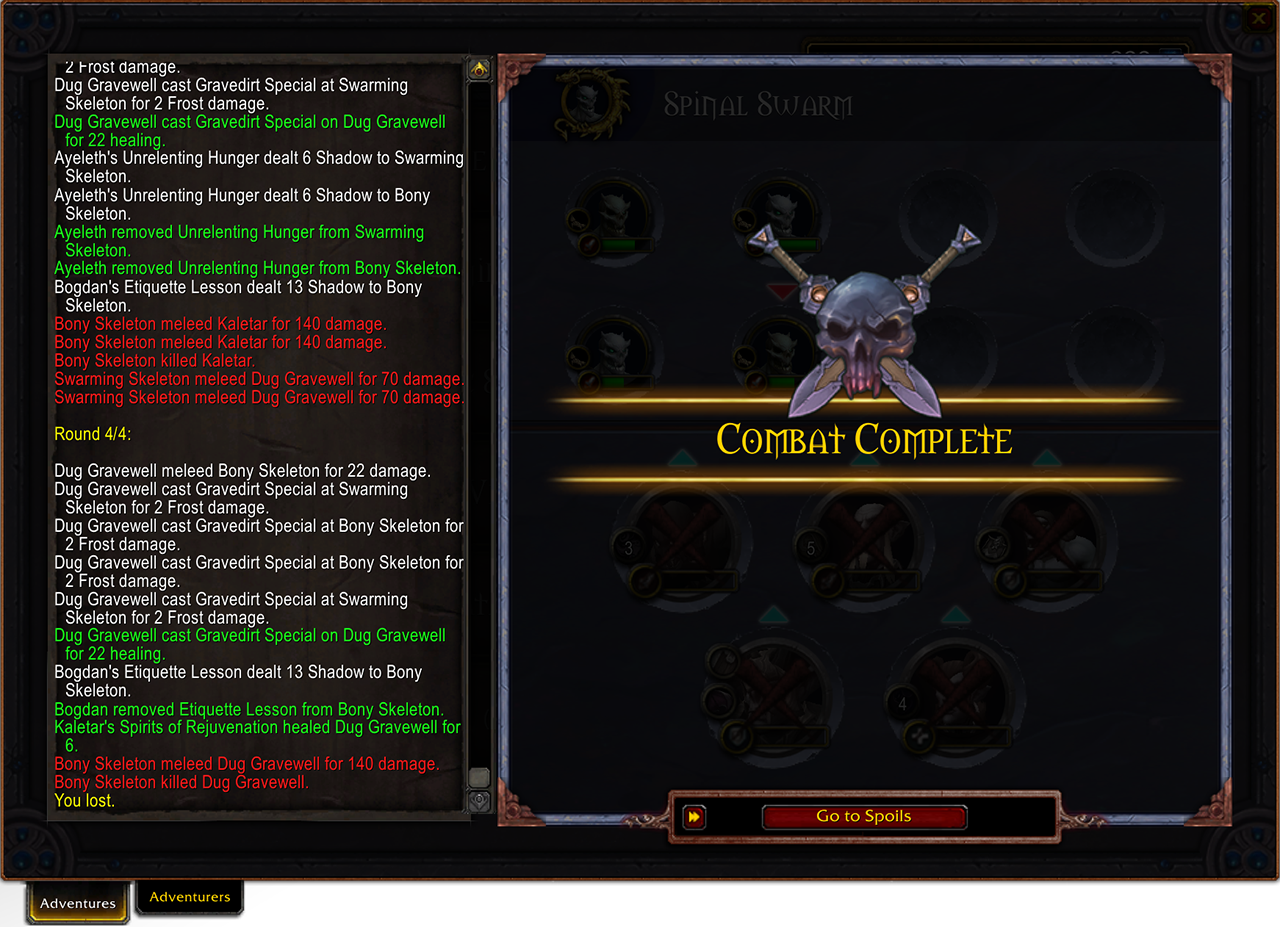 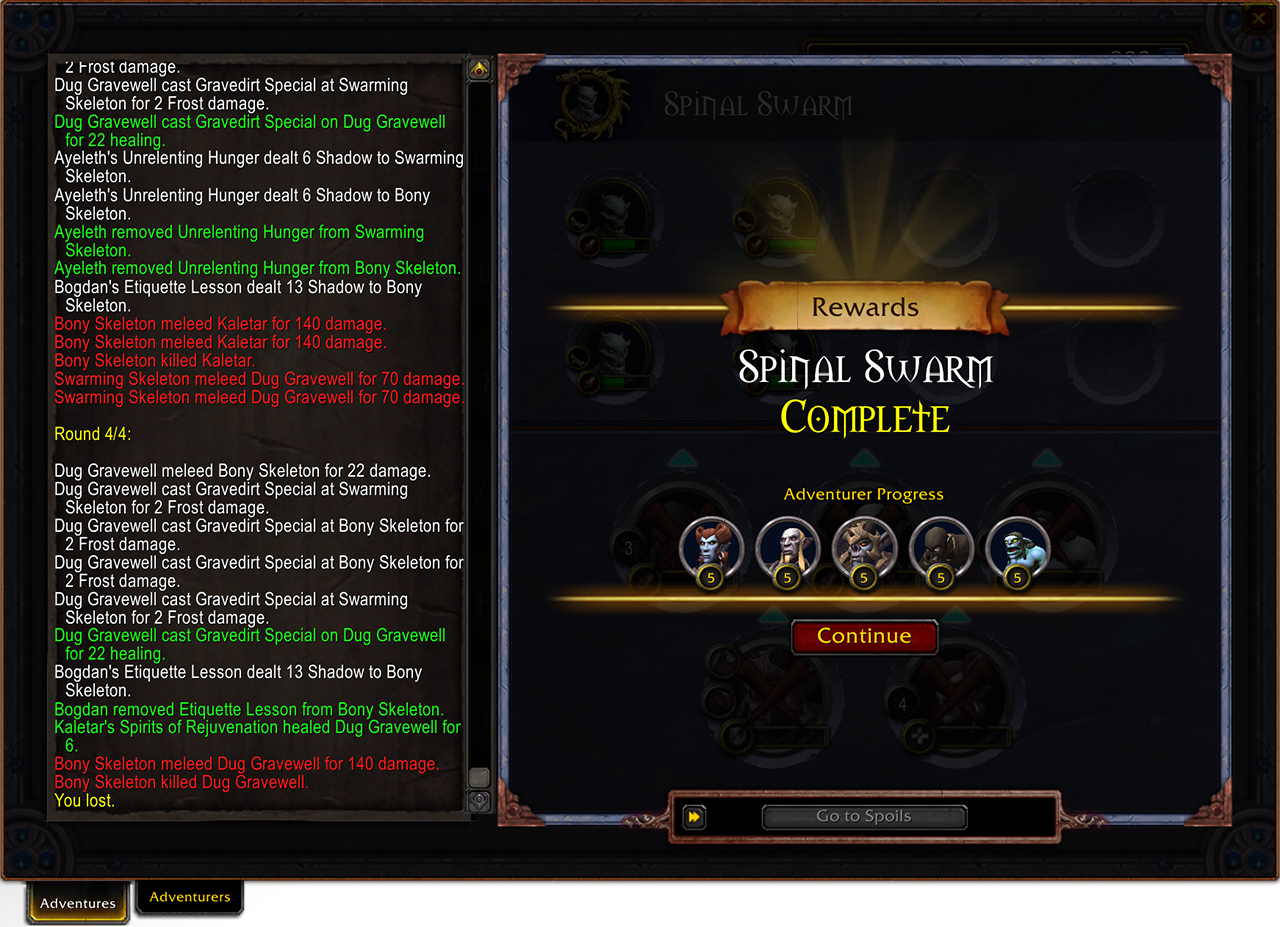 Each Covenant provides a variety of 15 unique allies, including the Soulbinds that you’ll meet, 6 Adventurers that you’ll recruit through Renown, and an additional 6 who can be rescued from within Torghast, Tower of the Damned. Four universal Adventurers can also be recruited by any Covenant from within Torghast, bringing your potential allies to 19.

As your allies progress through the various challenges that Adventures present, they’ll grow stronger, allowing them to take on more challenging Adventures for even better rewards.

Check back on the official site in the future to learn more about the updated WoW Companion App.