The Arena World Championship (AWC) returns for Shadowlands Season 2 Circuit on July 31, only on YouTube!

Following a hard-fought Shadowlands: Season 1, the top 16 teams across North America and Europe are gearing up for the Season 2 Circuit and their share of the $160,000 (USD) global prize pool. They’ll compete in a four-week round-robin, beginning on July 31, with the top four teams in each region advancing to the Shadowlands 2021 Grand Finals for a shot at standing as the best PvP teams in all of Shadowlands and the $300,000 (USD) prize pool!

The top six teams from each region during the Season 1 Circuit secured their spots in the upcoming season. They are joined by the top two teams from the Relegation Cup, which saw an open field of new PvP challengers face off against the bottom two teams from each region. The newest AWC Circuit teams—MyWay and Badluckbones in Europe, and Borngood retirement fund and Shadow Word: Chicken in North America—will face an uphill battle to prove they have what it takes to sit within the pantheon of AWC teams. 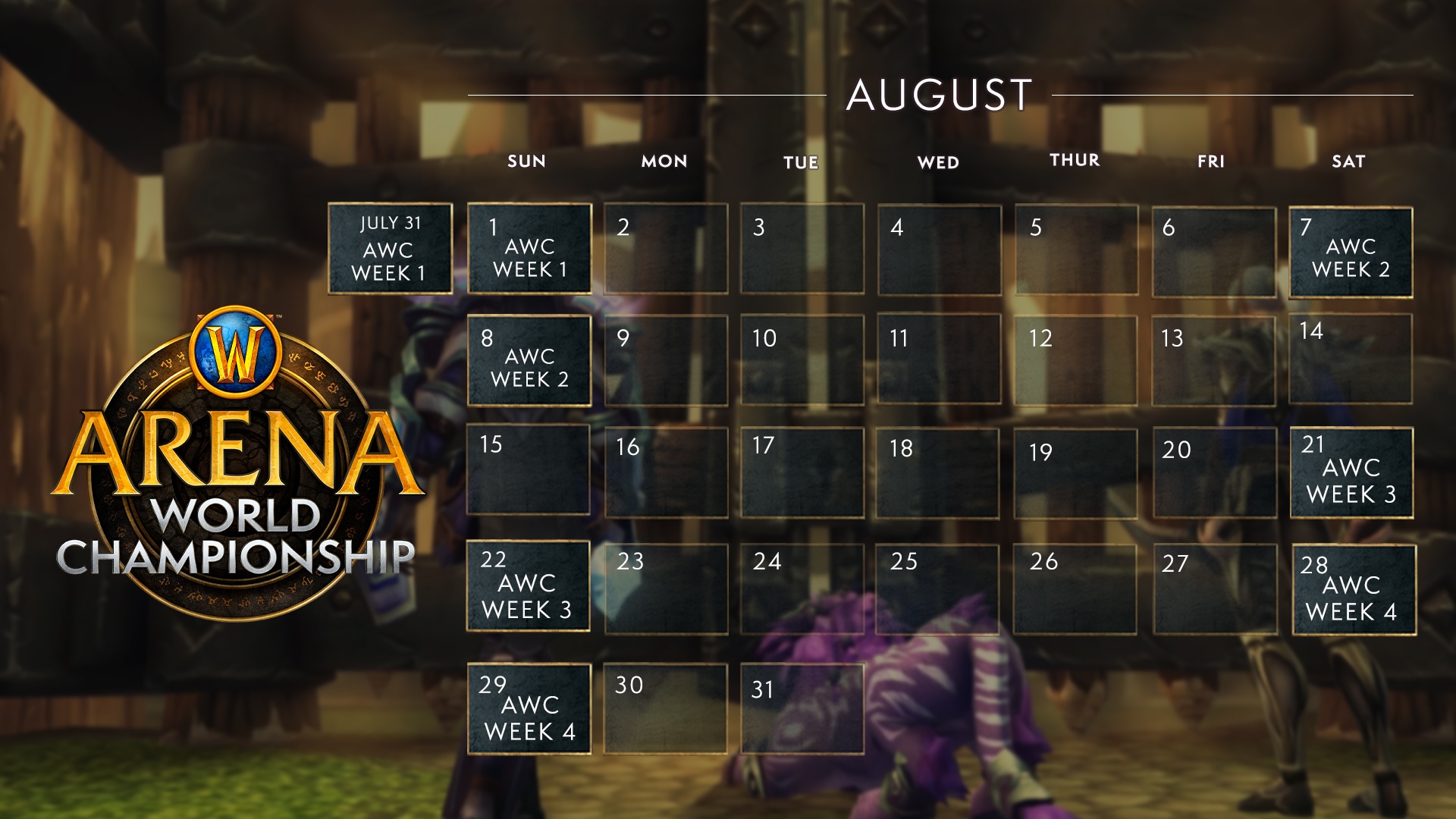 Season 2 will also see teams facing off within the newest content release, The Chains of Domination. With new content comes a completely new meta! The AWC casters, after immersing themselves in the Public Test Realm for the new content, have shared their thoughts on how this could shape Season 2:

Sid “Supatease” Compston – “I'm anticipating Feral Druids, Assassin Rogues, and Death Knights to land in top competitive spots. Most teams don't have access to Feral Druids or Death Knights as "main classes" so teams may be likely forced out of their comfort zones to learn new specs or we will see Old Meta vs New Meta. OTK is likely very excited to tear things up with Lord Mes.”

Elliot “Venruki” Venczel – “I am incredibly excited for patch 9.1! With new honor talents as well as changes to existing ones, we’re in for a real shake-up in the meta. We’re going to see brand new compositions and new class specialization rise for the competition. I’m looking forward to seeing these teams experiment with the new changes, early adopters will have a big edge in S2 of the AWC!”

Mohamed “Ziqo” Beshir – “I think the thing I'm most excited about is the new honor talents! Watching the best players get creative with how to use them will be very fun to see, some of them have so much potential like the frost mage ice wall! I think we're going to see some big changes in the arena meta in 9.1. The teams that will be the best at adapting to them will have momentum early on in AWC S2.”

Will the reigning champions hold onto their titles, or will young Relegation upstarts breakthrough? We cannot wait for you to join us when the AWC Circuit returns for a Season 2 that is sure to be filled with some PvP Domination, only on YouTube beginning July 31!