An ephemeral fragrance has risen once more, carrying the enticing aroma of love across the lands of Azeroth as the Love is in the Air holiday continues in WoW Classic and Shadowlands. The ominous depths of the Blackwing Lair are now available to players in Season of Mastery who are attuned to face the challenges within.

Shadowlands Eternity's End content updates continue to roll out onto the PTR in preparation for the release of the latest chapter in the WoW saga.

Hot off the Presses! 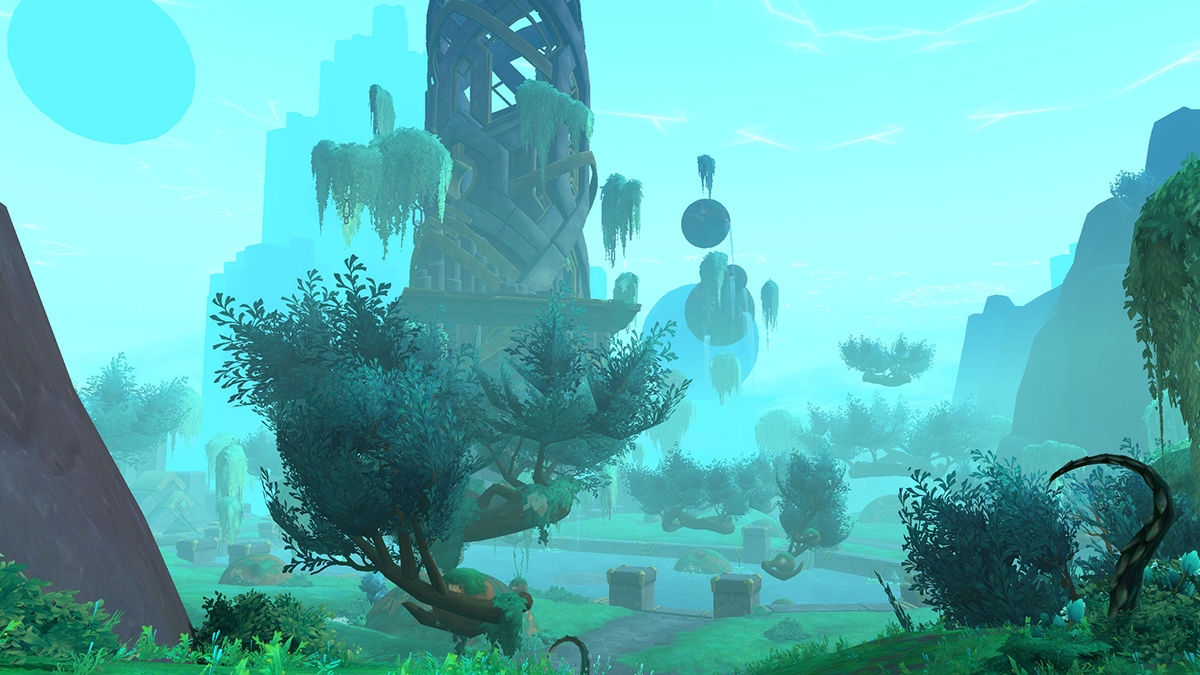 The next World of Warcraft: Shadowlands Content Update is drawing near. Prepare to step into the brink and face Zovaal, the elusive Jailer and ruler of the Maw in Shadowlands before he rewrites the very rules of reality.

With the help of the Primus, you'll be able to step into a strange new land —Zereth Mortis. Meet new allies—The Enlightened—delve into the runic and lyrical language of the automa and engage in the campaign to push back the Jailer's forces before he reaches his end goal within the Sepulcher of the First Ones.

Learn more details about the release of the Eternity's End content update and the end of Shadowlands Season 2 in our article here.

Sepulcher of the First Ones Raid Preview and Release Schedule 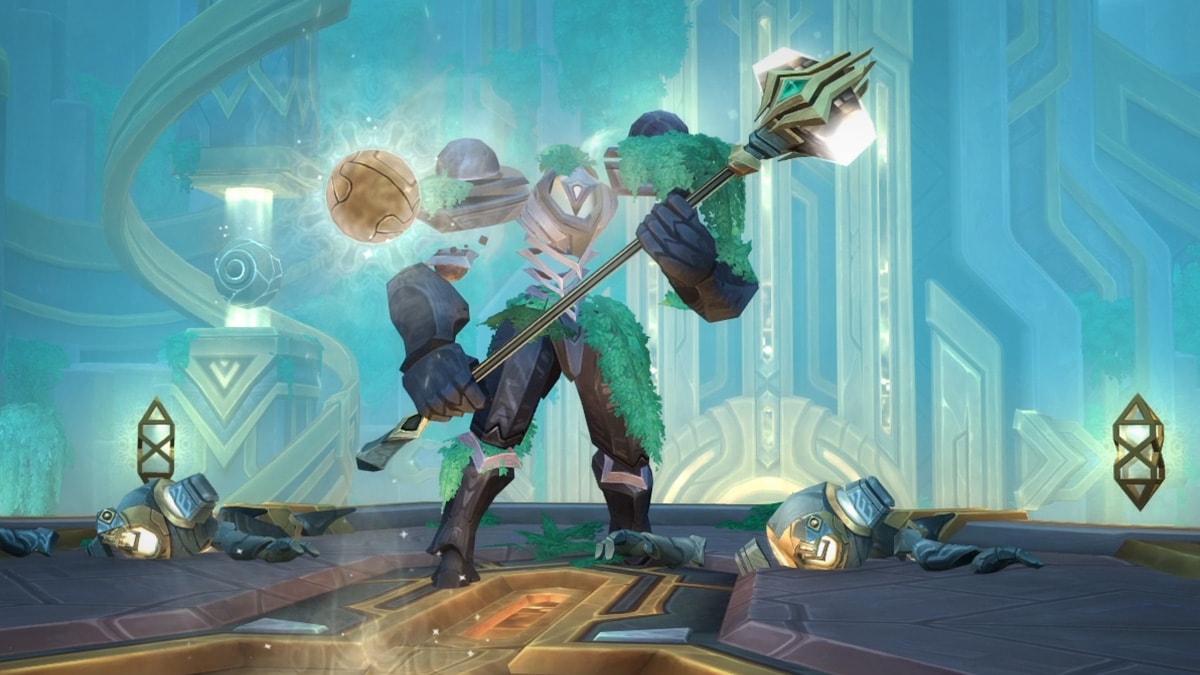 Pursue Zovaal's forces into the Sepulcher of the First Ones and prepare for the most epic Shadowlands raid yet—coming with the start of Season 3.

The Jailer has breached the Sepulcher, the mysterious heart of the Shadowlands. Should he control its primordial power, he will reshape the cosmos with Death at the fore. As Zovaal prepares to dominate reality, champions of Azeroth charge forth to stop him. Will their resolve outmatch his?

Get an early look at the new Sepulcher of the First Ones raid and raid schedule, coming in Eternity's End with Season 3 of Shadowlands in our article.

Get an inside look at the upcoming implementation of cross-faction instances with design insights from Game Director Ion Hazzikostas from our previously published article.

As the conditions change by which various entities operate in World of Warcraft, we are compelled to update our policies to further our goal of making the gameplay experience as fair and welcoming as possible. Since we last updated our policies, we have found that an increasing disturbance of the gameplay experience has been caused by organizations excessively advertising various non-traditional services in-game. Learn more about these changes in our forum post here, along with the additional clarification posts.

Development continues on the next content update for Shadowlands: Eternity's End on the PTR as we mark the final days before this new content goes live.

Development Update Posts on the Forums

Keep up on all the latest updates to the PTR in our notes here. 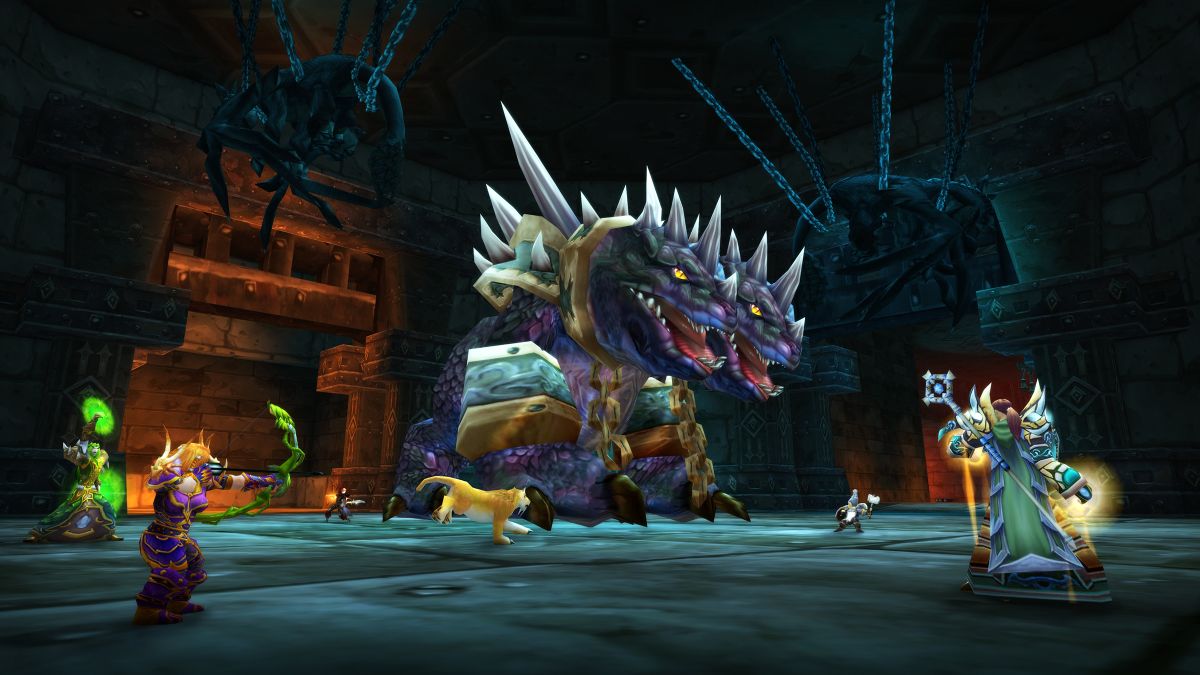 The ominous depths of Blackwing Lair are waiting for those brave enough to master its dangers. Gather your staunchest allies and prepare to undertake a treacherous journey into the heart of the mountain to reap the treasures within—with some new twists in Season of Mastery. Learn more.

We've added several new source realms for FCMs in the Americas, Europe, and China. Check out the additional options in our forum post. 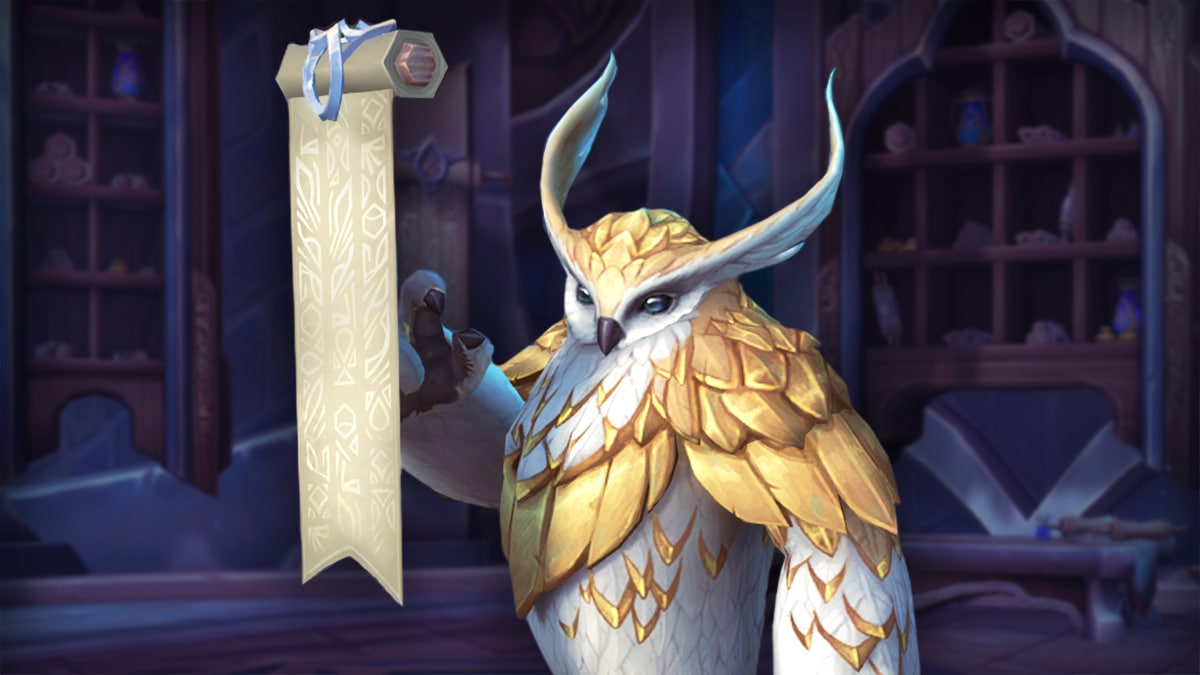 Learn more about the latest hotfixes which address various issues related to World of Warcraft: Shadowlands, Burning Crusade Classic, and WoW Classic. Some of these hotfixes take effect the moment they are implemented, while others may require scheduled realm restarts to go into effect. Please keep in mind that some issues cannot be addressed without a client-side patch update. This list is updated as additional hotfixes are applied. Check back often for updates. 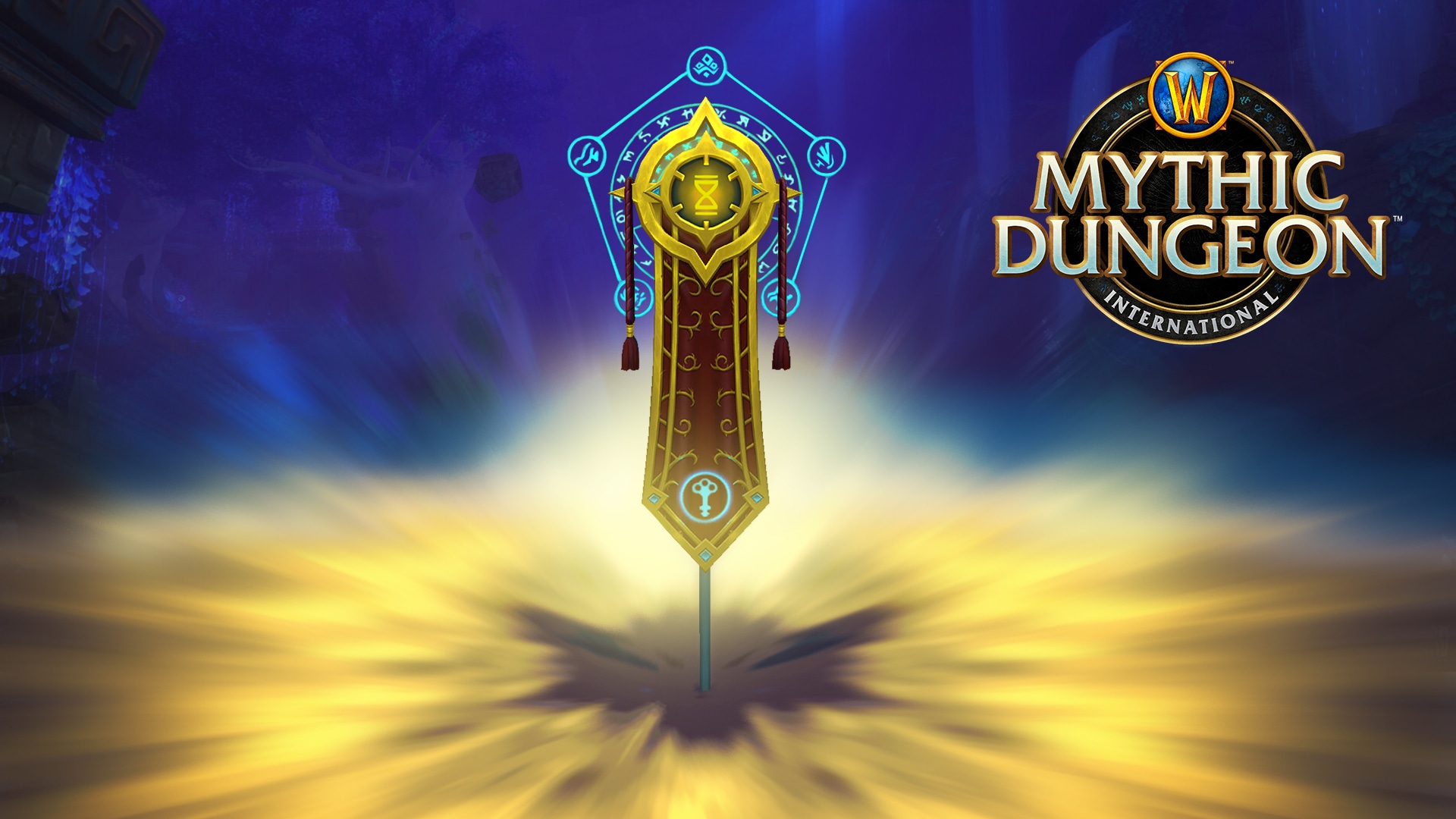 All-new seasons of Mythic Dungeon International and Arena World Championship return with the Eternity's End content Update. With MDI Season 3, we're offering players who complete the Time Trials a chance to earn the in-game Encrypted Banner of the Opportune! Sign-ups for both programs open now on GameBattles.

Mark Your Calendars for CAT in Burning Crusade Classic Season 3

Mark your calendars for the first WoW Esports show of the year with the Classic Arena Tournament returning for TBC Season 3 live on the Warcraft YouTube channel beginning February 18, with the Arena World Championship kicking off in March.

For more information on the year ahead, review our article here. 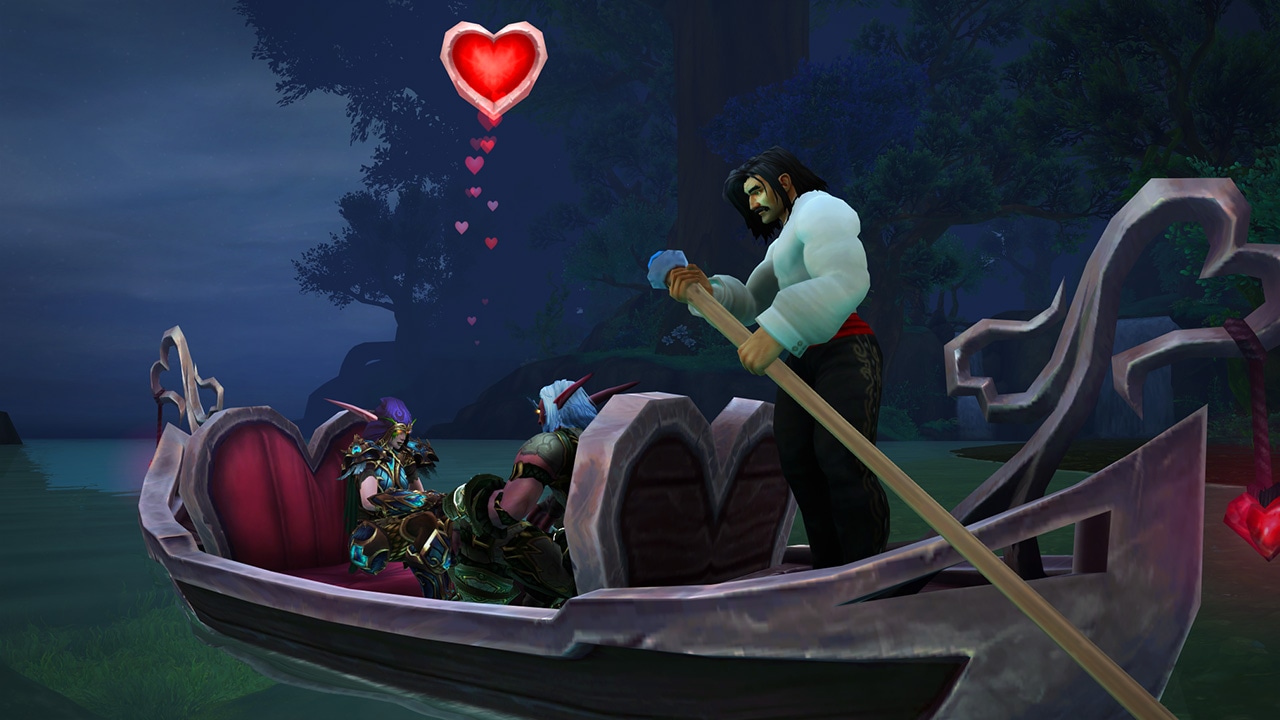 Current Events in World of Warcraft

Next Week in Shadowlands

Wherever your adventure takes you, we'll see you in Azeroth.