The Mythic Dungeon International (MDI) returns on Friday, April 22, only on YouTube!

The Mythic Dungeon International is back! Some might say it never left because it’s been living in our hearts and memories since last season. The fun begins April 22 with the same format as last season: 24 of the top teams from the Time Trials are sorted into three illustrious groups of eight, with a different group competing for $30,000 in prizing each weekend. The top two teams from each group will advance to the MDI GLOBAL FINALS!

After three weekends of INCREDIBLE DUNGEON RUNNING ACTION, we get even more MDI goodness with The Last Stand Tournament beginning May 20. Following a final open Time Trial, six teams will have 15 hours spread over three days to make a mad dash through dungeon after dungeon to achieve victory, with only one team securing the final spot in the Global Finals! Sign-ups for the Last Stand Tournament are still open, along with the opportunity to earn the Encrypted Banner of the Opportune! If you think you have what it takes, click here.

All seven teams will join the top team out of China at the Global Finals, where they’ll run for their lives to achieve immortality as the MDI Shadowlands Season 3 champions while taking home a share of the final $300,000 prize pool! 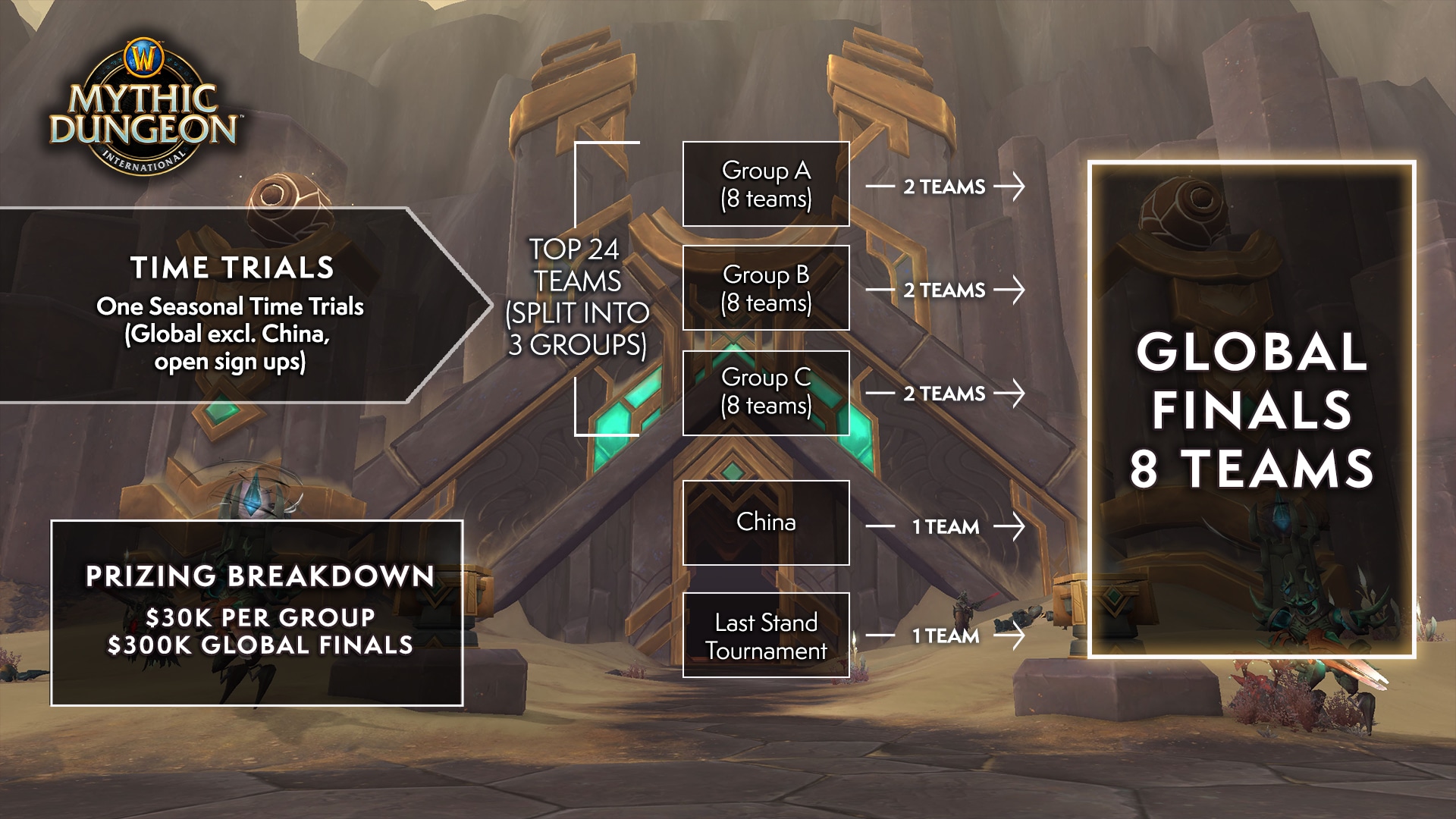 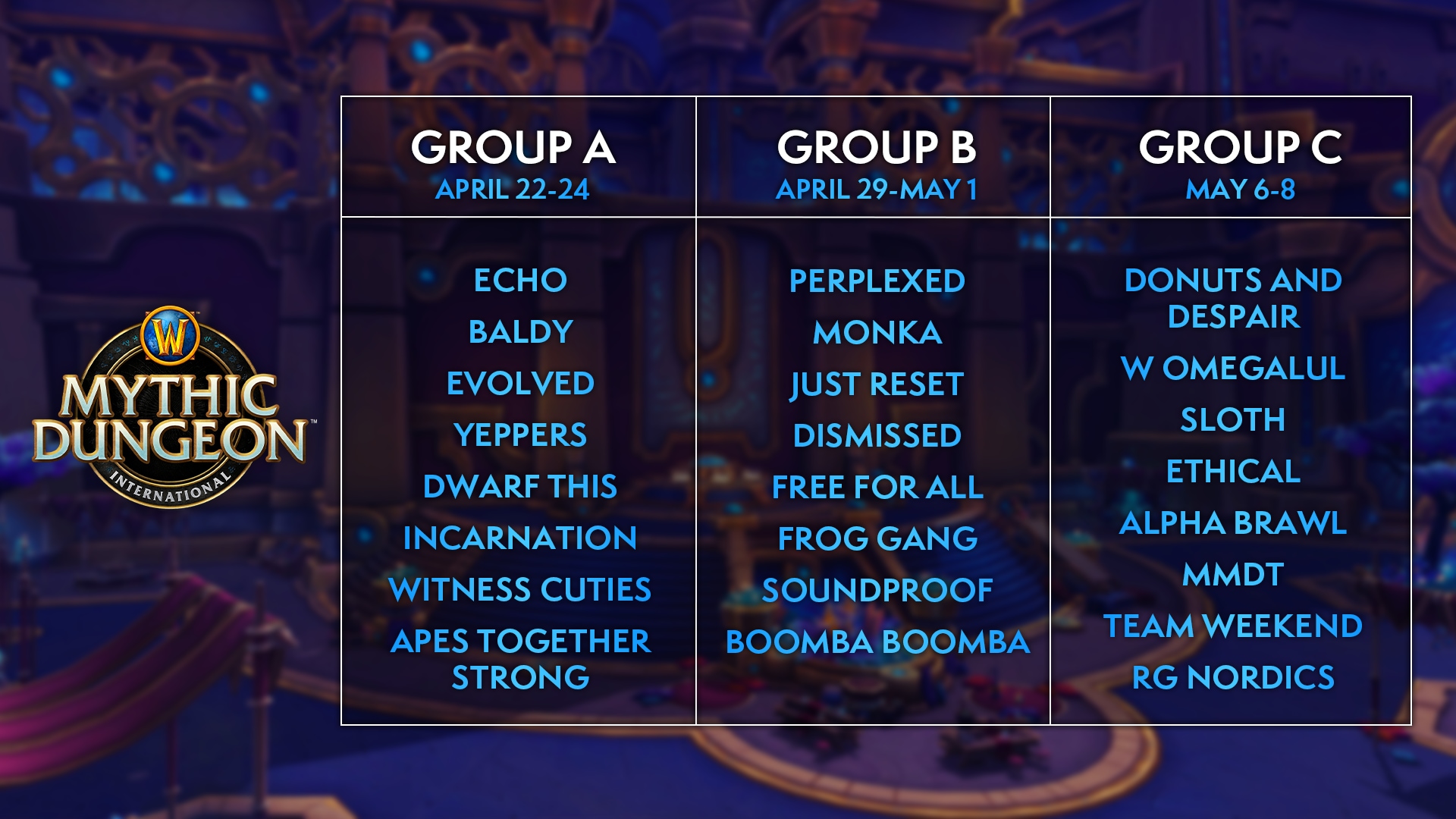 At the desk for all weekends:

Joining the desk as a special guest for Group A:

Joining the desk as special guests for Group B: 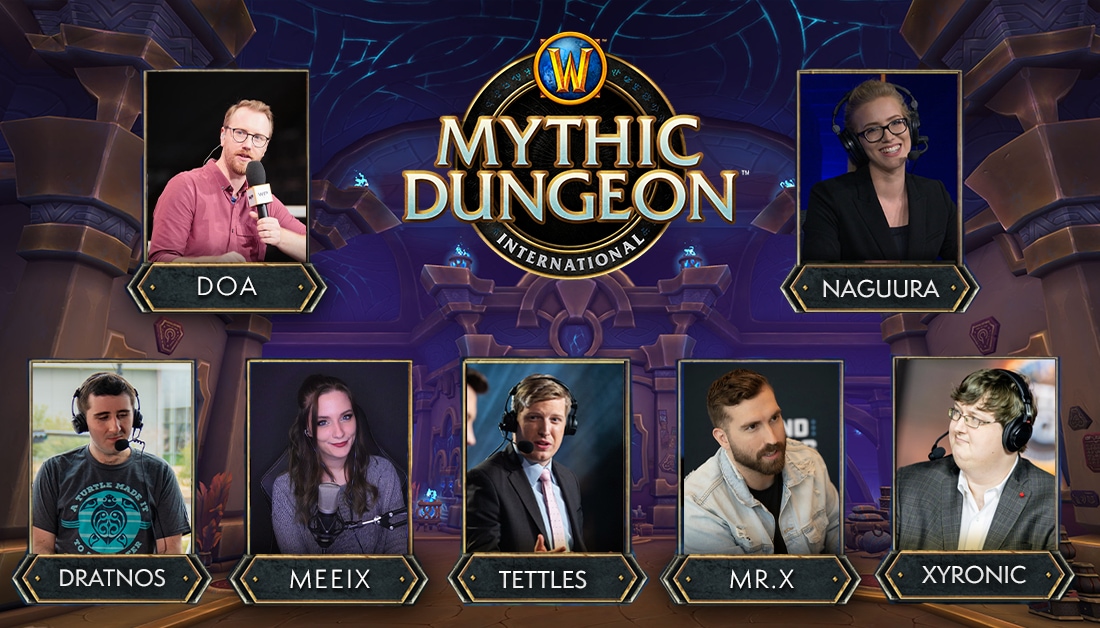