Shadowlands Season 4 marks a new approach to a World of Warcraft® Season, and with the return of some of WoW’s favorite dungeons, we’re excited to mark a new era for The Great Push (TGP) with an expanded event format while pushing the frontiers of what’s possible in Mythic Dungeons, on YouTube and Twitch. Read on for all the details and head over to GameBattles to sign up today!

As we move into the second half of the year, a huge congratulations must go out to Echo, the Mythic Dungeon International 2022 Global Finals Champions! Check out the Finals match and winner's interview, and continue reading for all you need to get uber-hyped for The Great Push.

The Great Push challenges teams to push their Mythic Keystones to the highest levels possible. With Shadowlands Season 4, instead of a traditional TGP one-off event, we are expanding to three distinct regions with players competing for their shot at a combined $210,000 (USD) in prizes. Sign-ups are open now through August 5, The Proving Grounds kick-off for the new season on August 10, and teams can register starting right now through August 5. Here are some details on how TGP will work in Shadowlands Season 4: 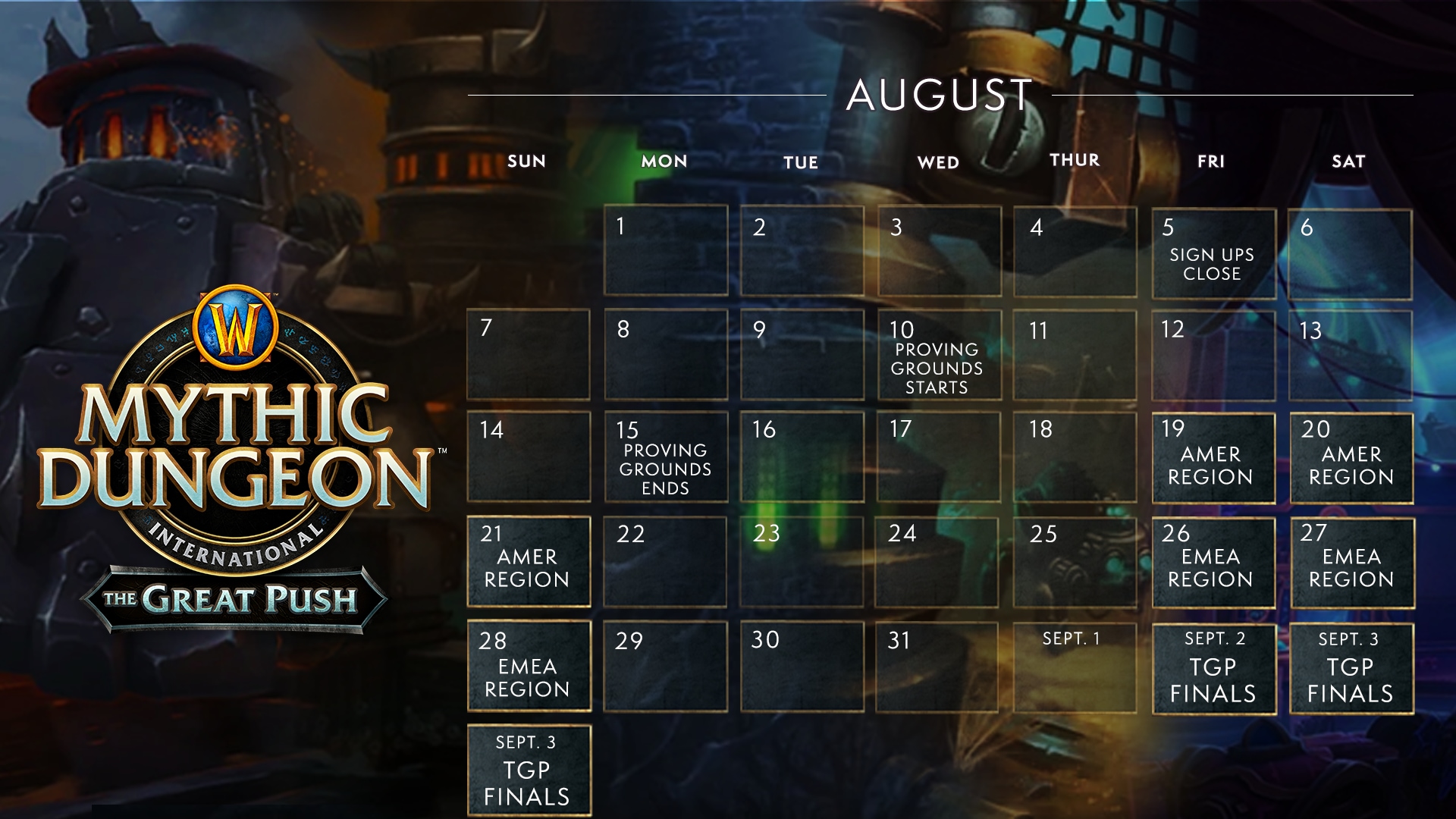