The ancestral home of dragonkind—the Dragon Isles are awakening, and many long-forgotten secrets are waiting to be uncovered. Heed the dragons’ call as their ancient homelands are revealed once more, beckoning adventurers and treasure seekers to unravel the many mysteries waiting for them.

Gather your friends and allies and prepare to soar into new adventures when the World of Warcraft: Dragonflight expansion goes live on November 28.

The Dragonflight Pre-season Has Begun 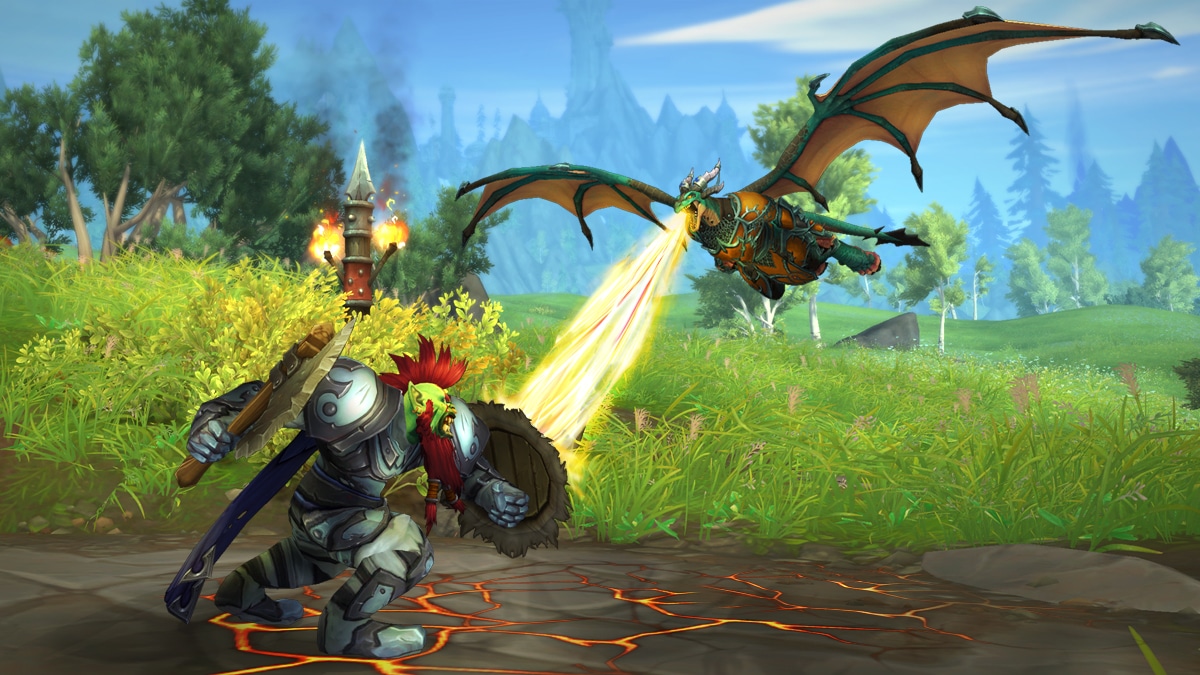 Once the expansion is live, the Valor, Conquest, and Honor currencies will be converted to gold. While rated activities (Mythic Keystone Dungeons, Rated Battlegrounds, Arenas, Solo Shuffle) will be unavailable, you can still participate in non-Keystone Mythic, Heroic, and Normal Dungeons, Random Battlegrounds, Skirmishes, and Brawls.

Season 1 of Dragonflight kicks off December 13 with regularly scheduled maintenance.

Scale Up with the New Dracthyr Evoker

Created by Neltharion the Earth-Warder, the essence of dragons was combined with the adaptability of the mortal races to create an elite soldier capable of switching from a draconic form to humanoid form. Long in a magical stasis, they are now awakening to a new threat within the Dragon Isles. [Learn More] 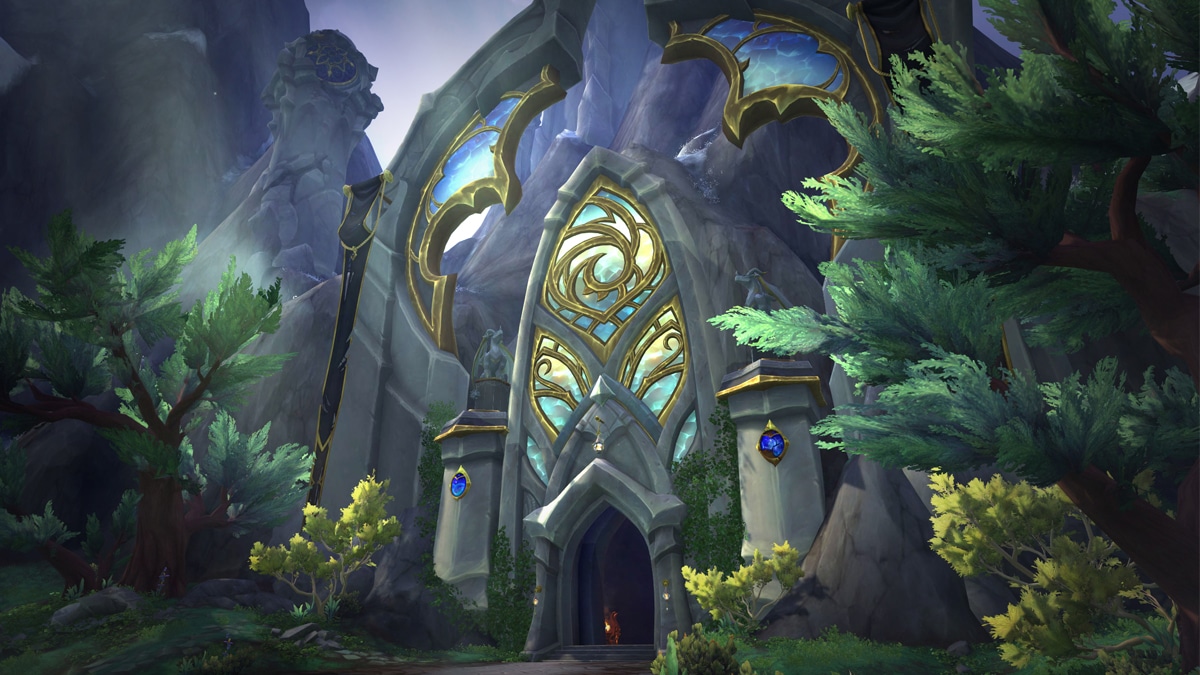 Awaken in the Forbidden Reach

Begin your journey as a dracthyr Evoker in a nature-claimed caldera lost to the ravages of time, and dive into the mysteries of the past as enemies and potential allies, new and old, are drawn to this place of ancient power. [Learn More]

A new expansion presents a unique opportunity to start your adventures in World of Warcraft, check the new expansion out, or bring new friends to Azeroth. Available to both veteran players and new, the introductory excursion to Exile's Reach is a great way to begin forging your path through the world. Here's everything you need to start your journey. [Learn More] 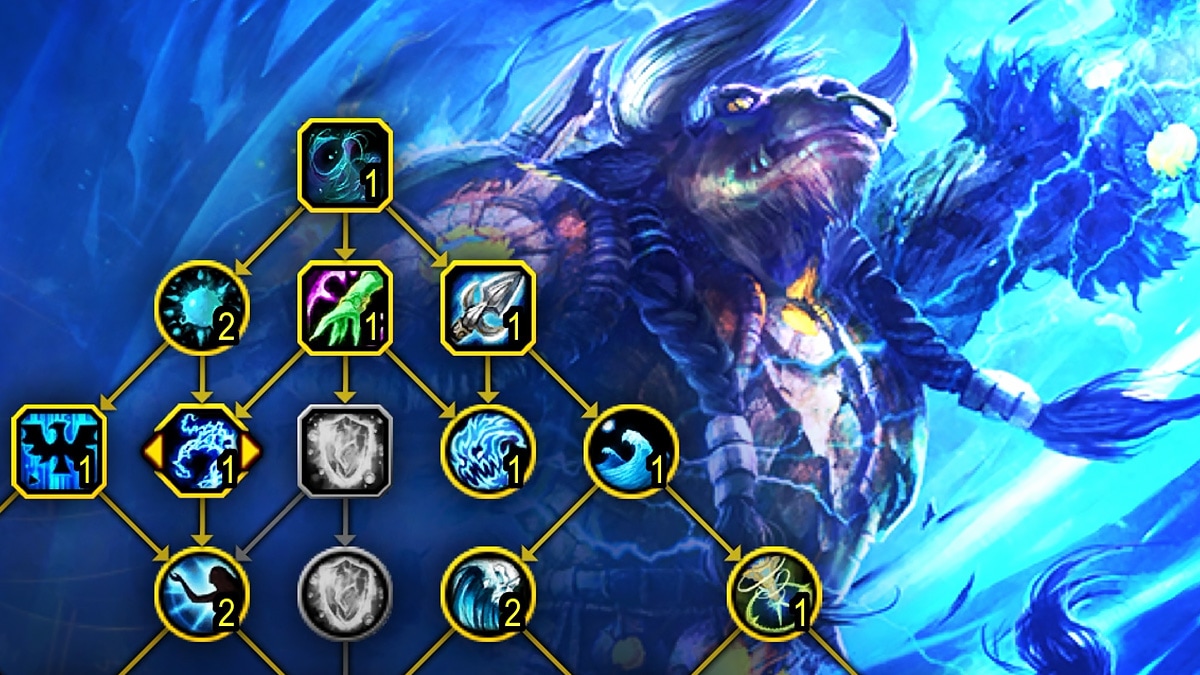 The Talent system has been an integral part of World of Warcraft from its inception. Over the years it has changed several times, always with the goal of bringing new and interesting choices for adventurers everywhere. The Dragonflight expansion debuts the biggest change to the Talents system yet, giving you more freedom to experiment and more options to choose from than ever before. [Learn More] 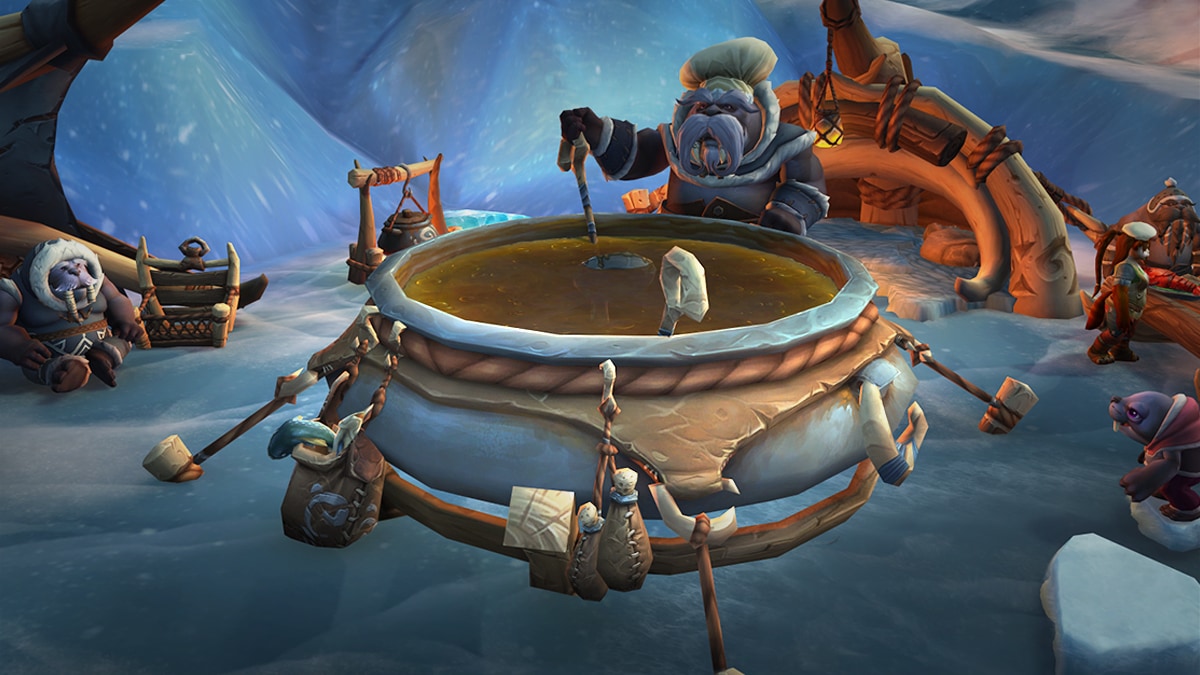 Dragonflight ushers in a unique way to progress with Major Factions. Earn Reputation to unlock Renown ranks and access to rewards when you assist denizens of the Dragon Isles. [Learn More] 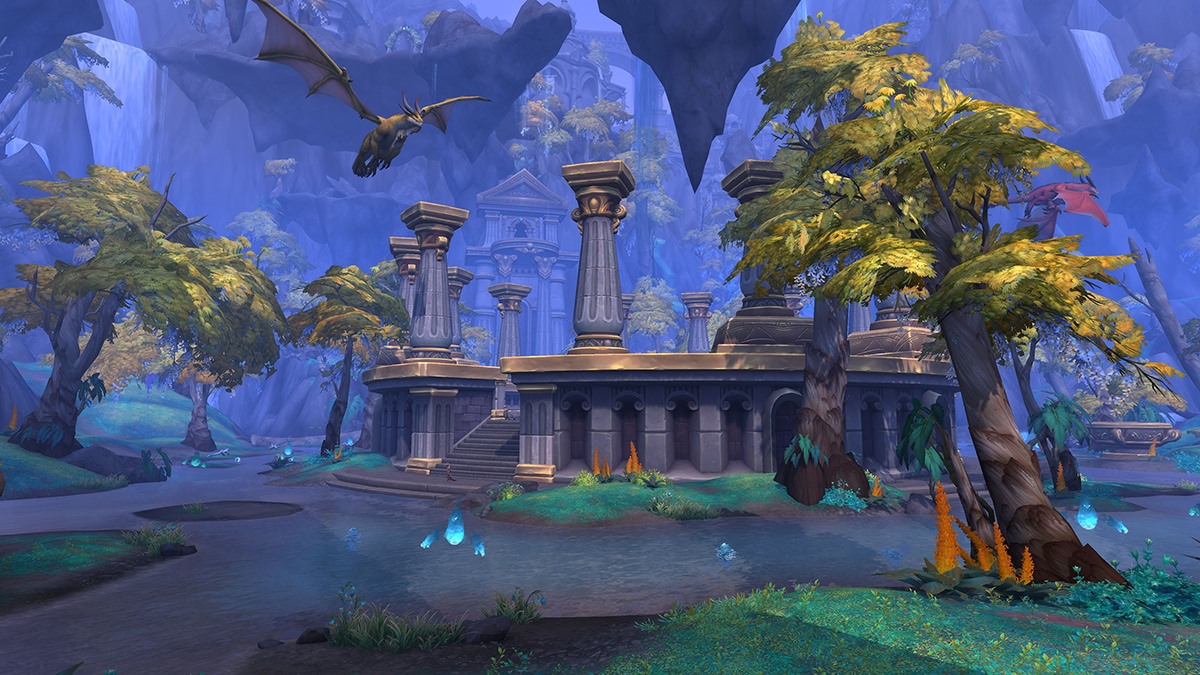 Making It with Professions 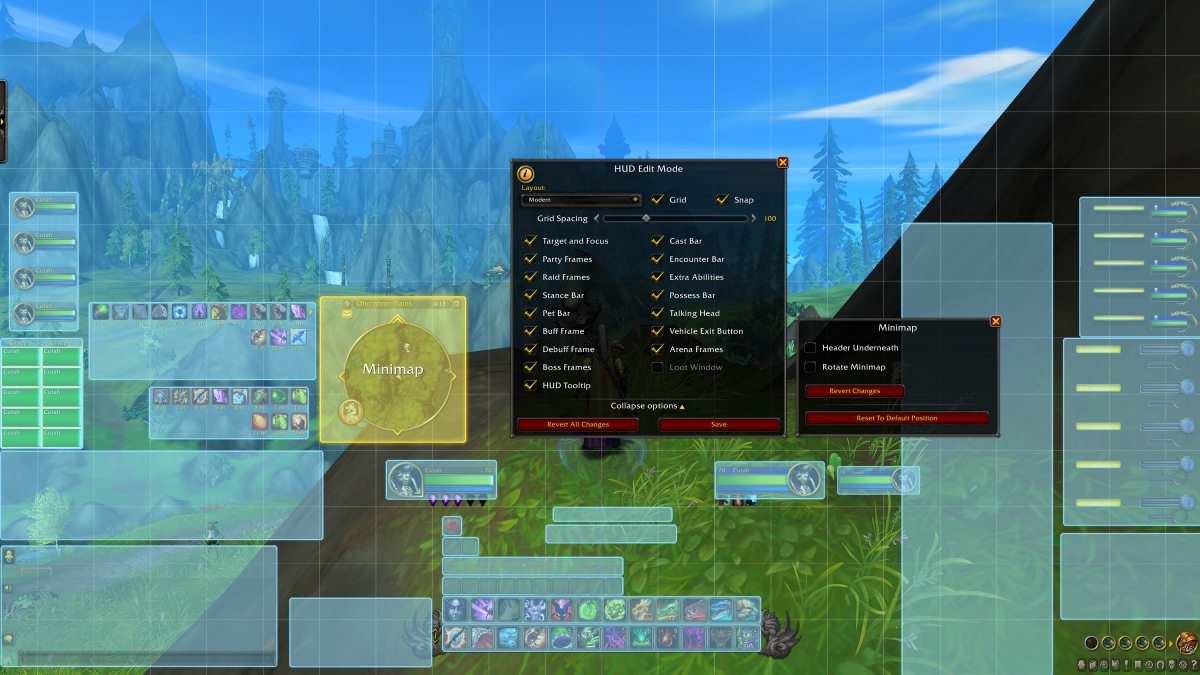 We have modernized the player’s layout and view with a sleek appearance while maintaining the charm and personality of World of Warcraft’s original design. Explore a fresh-looking Heads-Up Display (HUD) and User Interface (UI) designed to be adjustable, effective, attractive, and easily accessible for everyone. [Learn More] 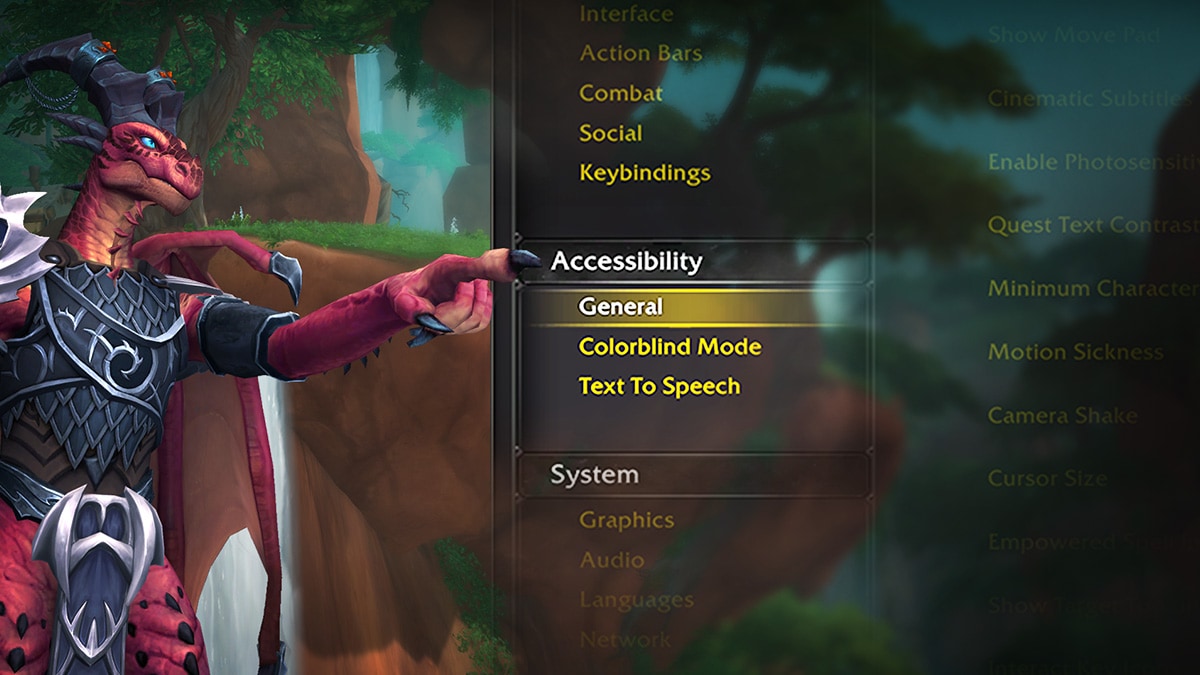 New accessibility updates in Dragonflight allow you to further enrich your gameplay in World of Warcraft. Check them out! [Learn More] 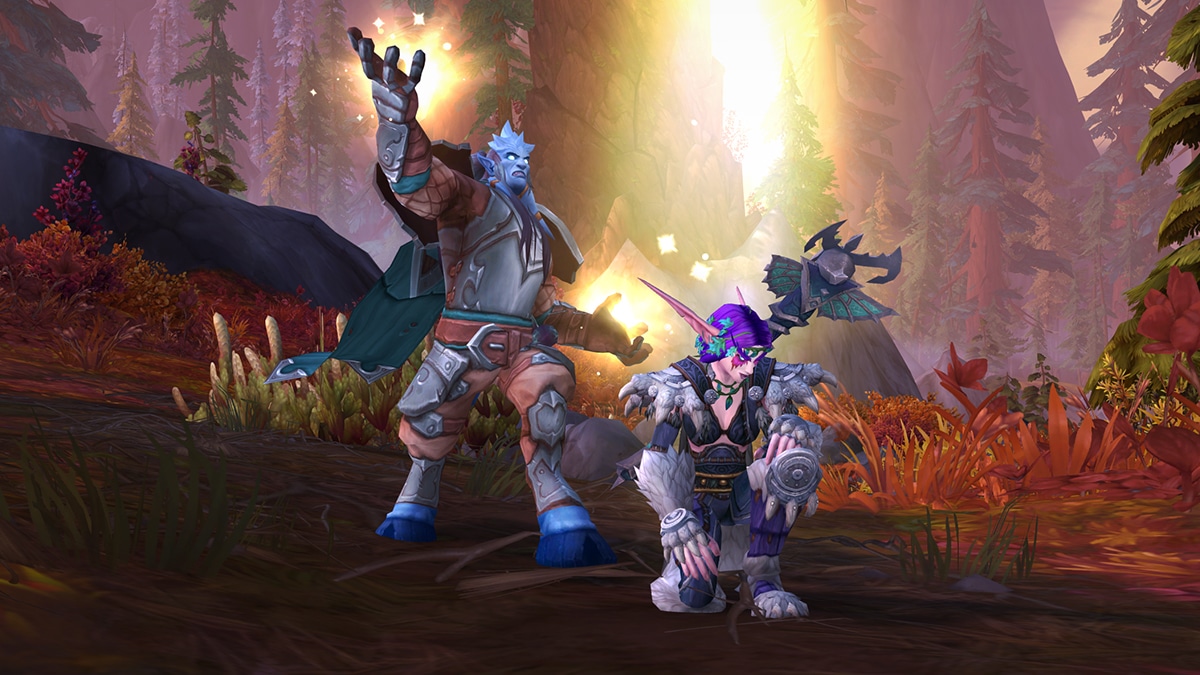 Finding Your Way to the Dragon Isles

Welcome, explorer! Whether you’re returning to the land of Azeroth or new to these magical lands, we’ve put together some helpful information to prepare you for your journeys ahead. [Learn More] 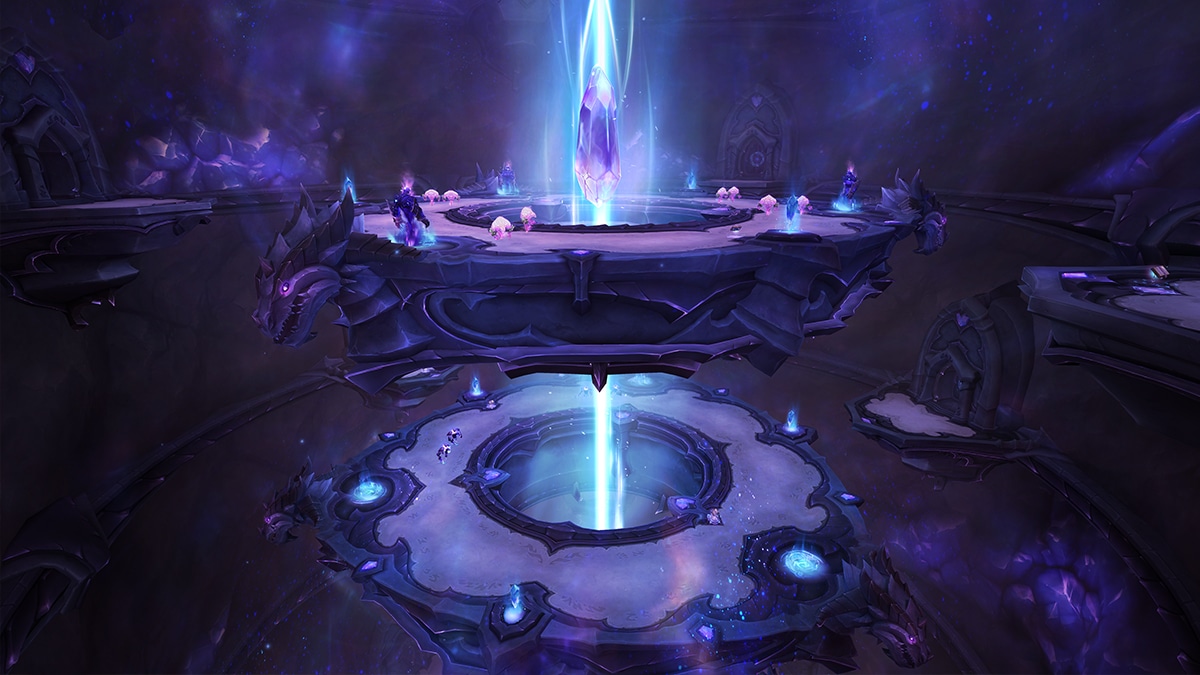 Adventure Lies Ahead in the New Dragonflight Dungeons

Four new level-up dungeons and four maximum-level dungeons await players who venture into the Dragon Isles. Whether you’re looking for loot, a new challenge, or to learn more about this ancient land, you’ll need to gather your courage— and your allies— for the trials ahead. [Learn More] 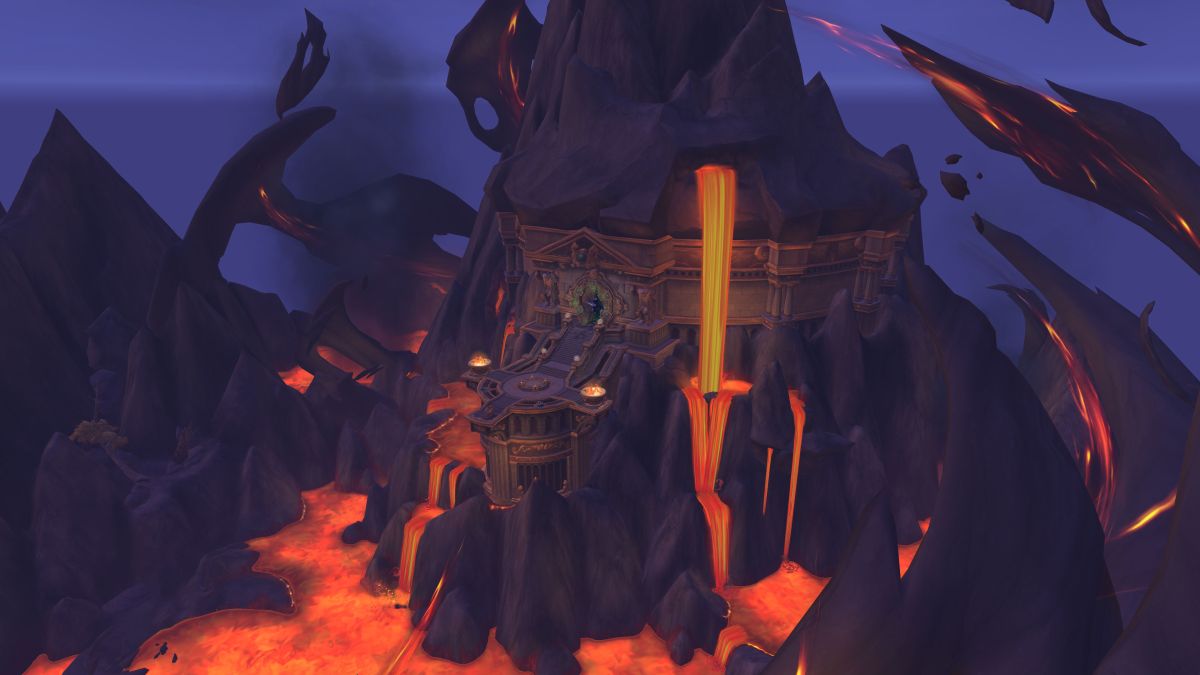 Dragonflight Season 1 goes live starting the week of December 12, bringing a new raid, an updated rotation of challenging Mythic+ dungeons, and a new PvP Season. Mark your calendars for the road ahead and get ready to take on all new challenges. [Learn More] 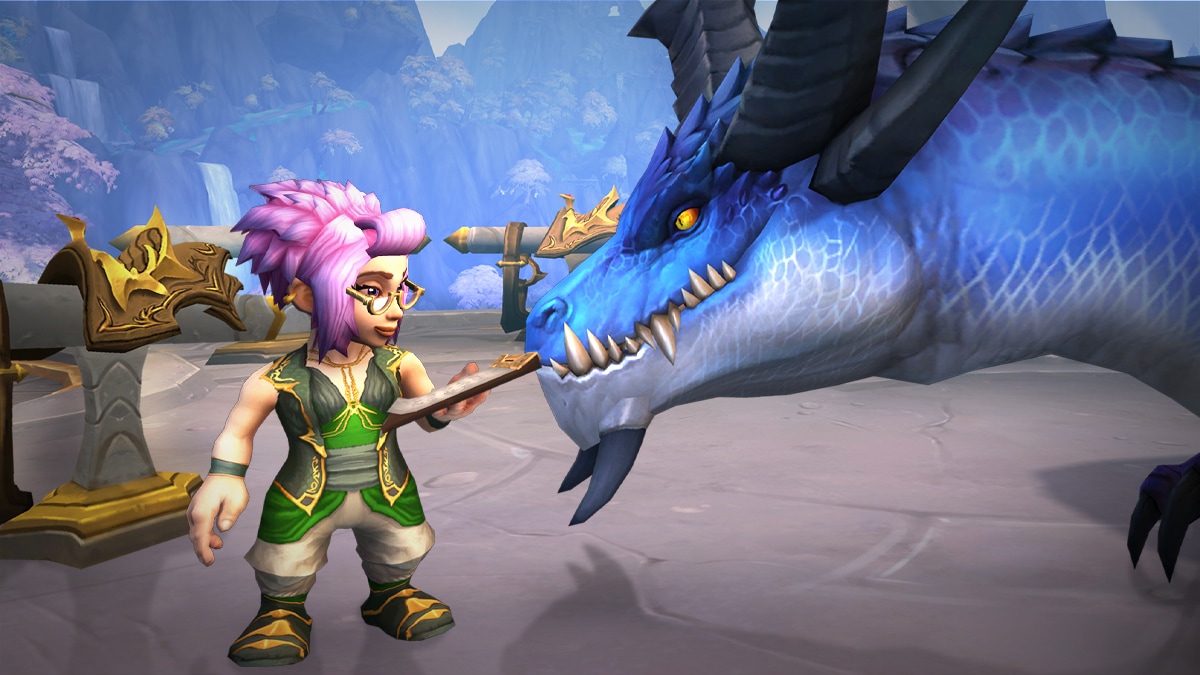 Head over to Stormwind or Orgrimmar to begin your journey into the Dragon Isles and experience the new content the expansion has to offer. [Learn More] 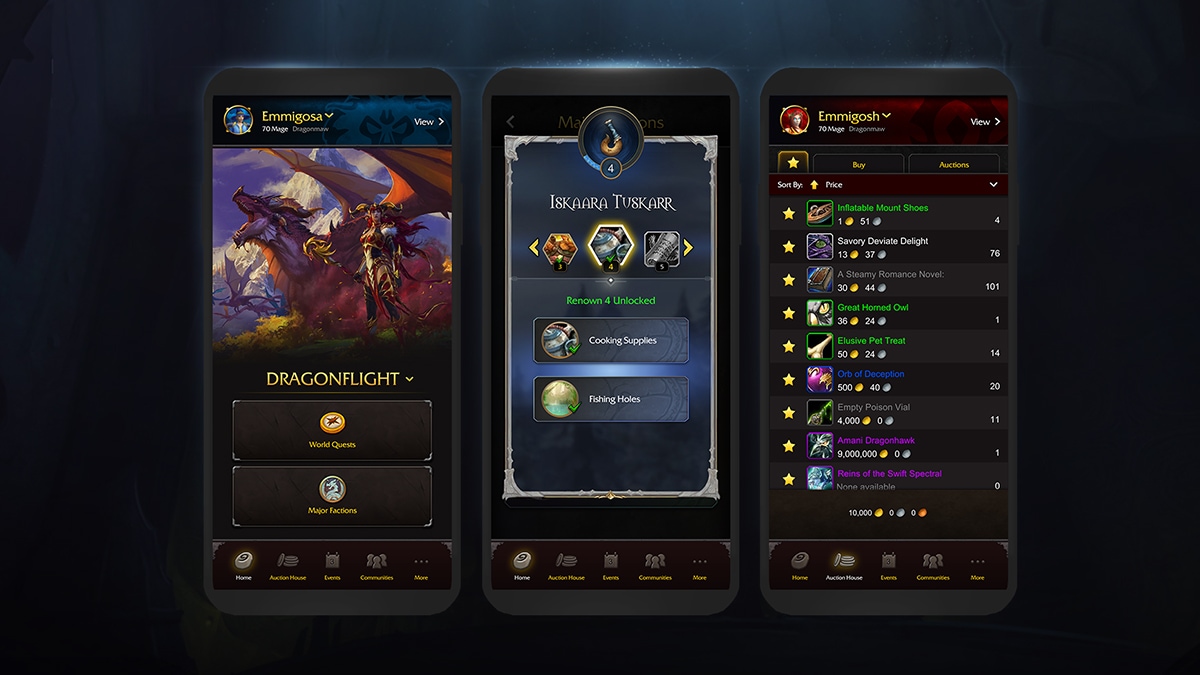 The Dragon Isles are awakening, and you can join in the exploration of this new land even when you’re not at your computer with the WoW Companion App. To stay on top of the latest events in Azeroth, you can download the free mobile app that lets players take World of Warcraft with you anywhere you go with multiple expansion support—including the Major Factions feature in Dragonflight. [Learn More]

Explore the Untamed Lands of the Waking Shores 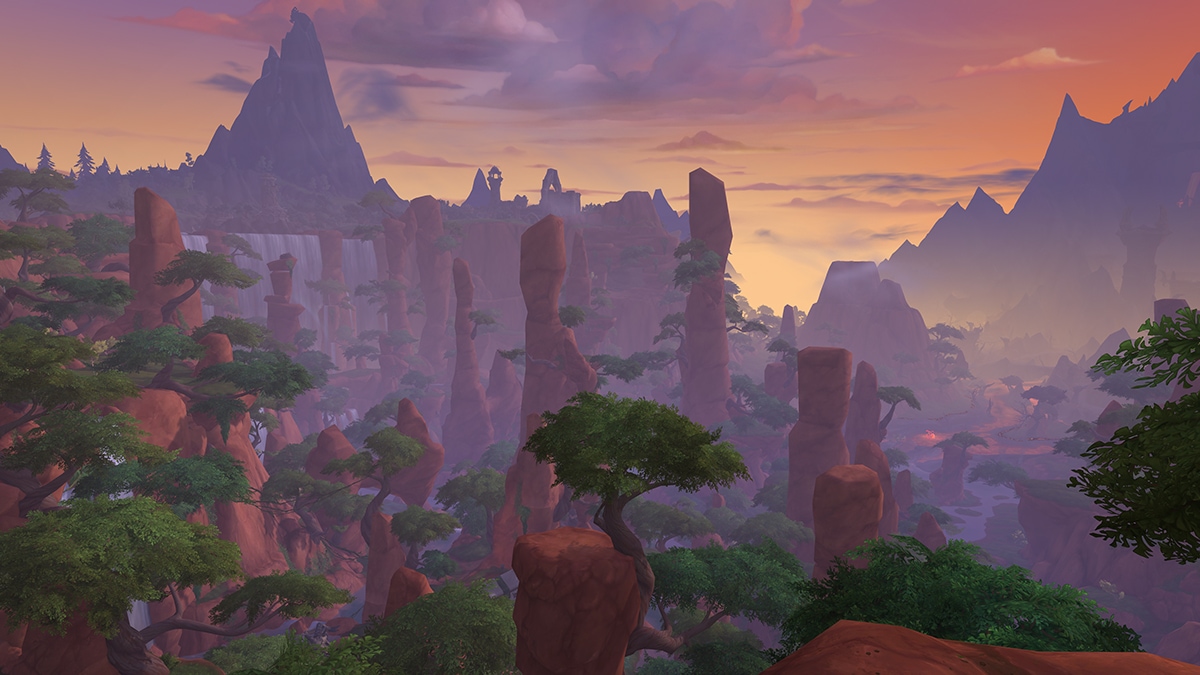 The Waking Shores are the beginning of your adventures as you take your first steps into the Dragon Isles. Heroes of the Alliance and Horde are invited by Alexstrasza to aid the red dragonflight in this vibrant and menacing land teeming with elemental magic. [Learn More]

Step Foot into the Magnificence of the Ohn’Ahran Plains 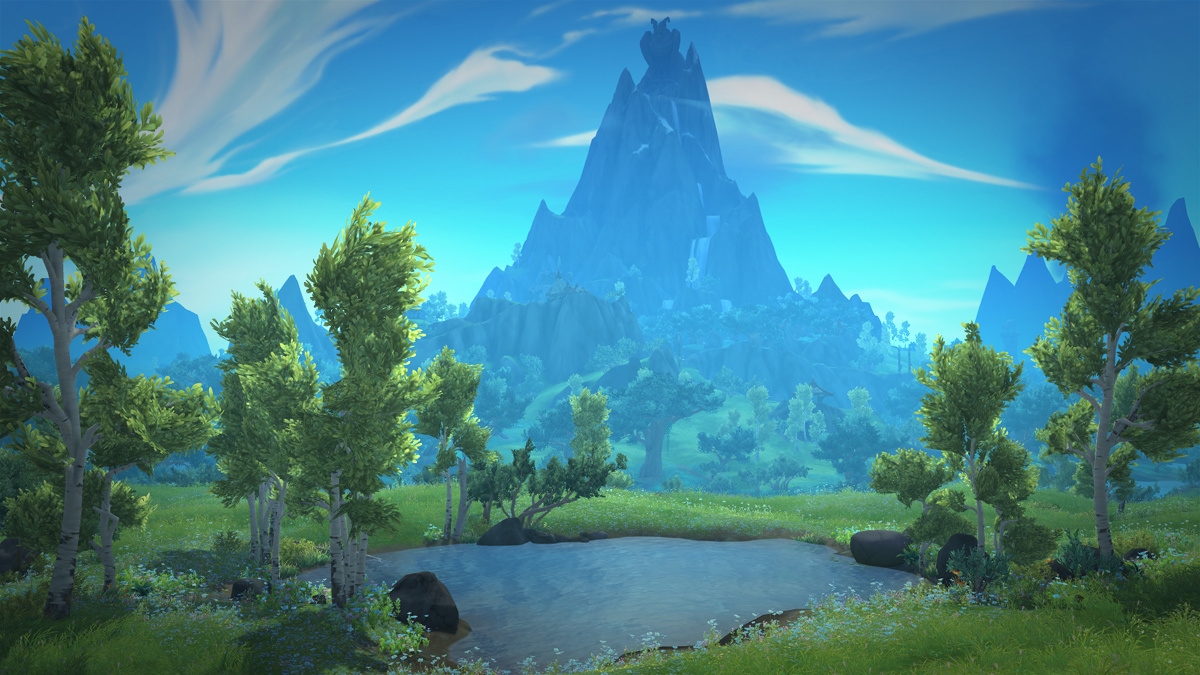 Discover a verdant region filled with sweeping plateaus, mesas, groves, and valleys abundant with life where the green dragonflight once roamed. [Learn More]

Brave the Chill of the Azure Span 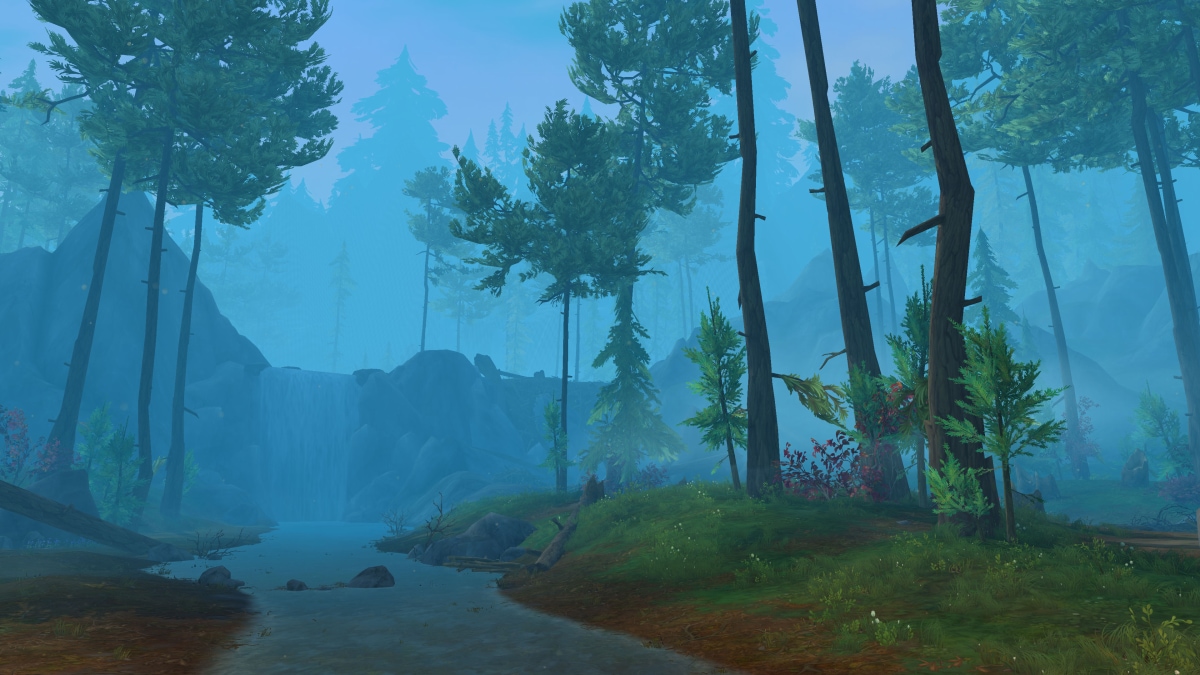 Journey into the Azure Span, an ancient frost-touched land, where you'll aid Kalecgos as he ventures into the Azure Archives on a mission to reclaim the Azure Oathstone. [Learn More]

Take Flight to the Ancient Seat of Power, Thaldraszus 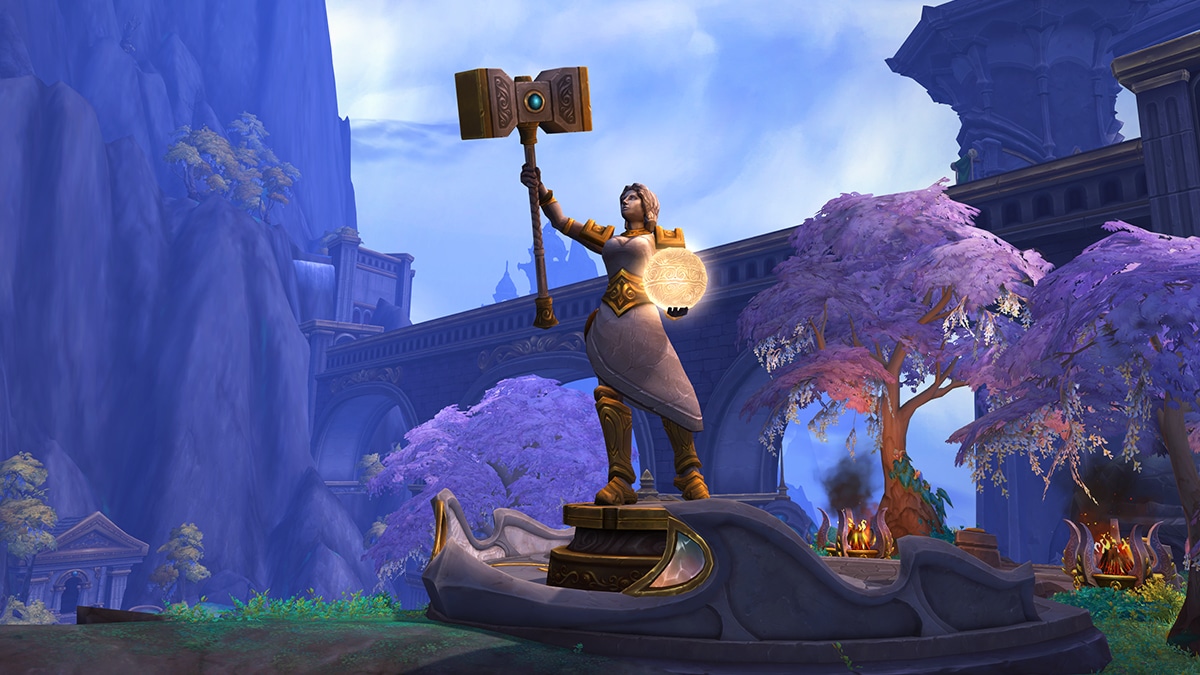 Thaldraszus, a wonderous mountain region in the Dragon Isles, is the cradle of dragon civilization. From formidable structures to complex waterways, titan and dragon influence can be found throughout its diverse biomes. [Learn More]

Take Wing Through Time with the Dragon Aspects 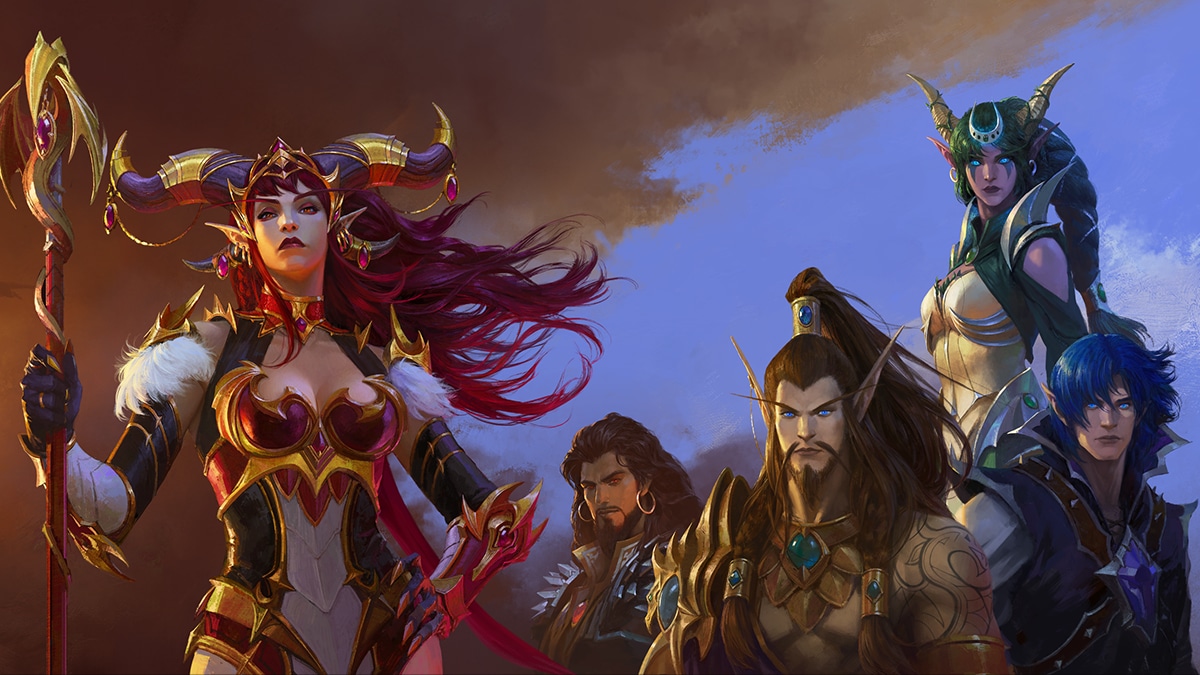 Imbued with titan-bestowed powers and charged with protecting Azeroth, the dragon Aspects have worked tirelessly to fulfill their ancient destiny. Theirs is a history of betrayal, corruption, and a fight for the very survival of their legacy. Soar through the history of the dragon Aspects to a time before the Dragon Isles awaken. [Learn More]

The dragonflights of Azeroth have returned, called upon to defend their ancestral home as long-dormant forces begin to stir in their sacred homeland. Join Nozdormu, Aspect of the Bronze Dragonflight, as he delves into an ancient past that holds the key to saving their uncertain future. 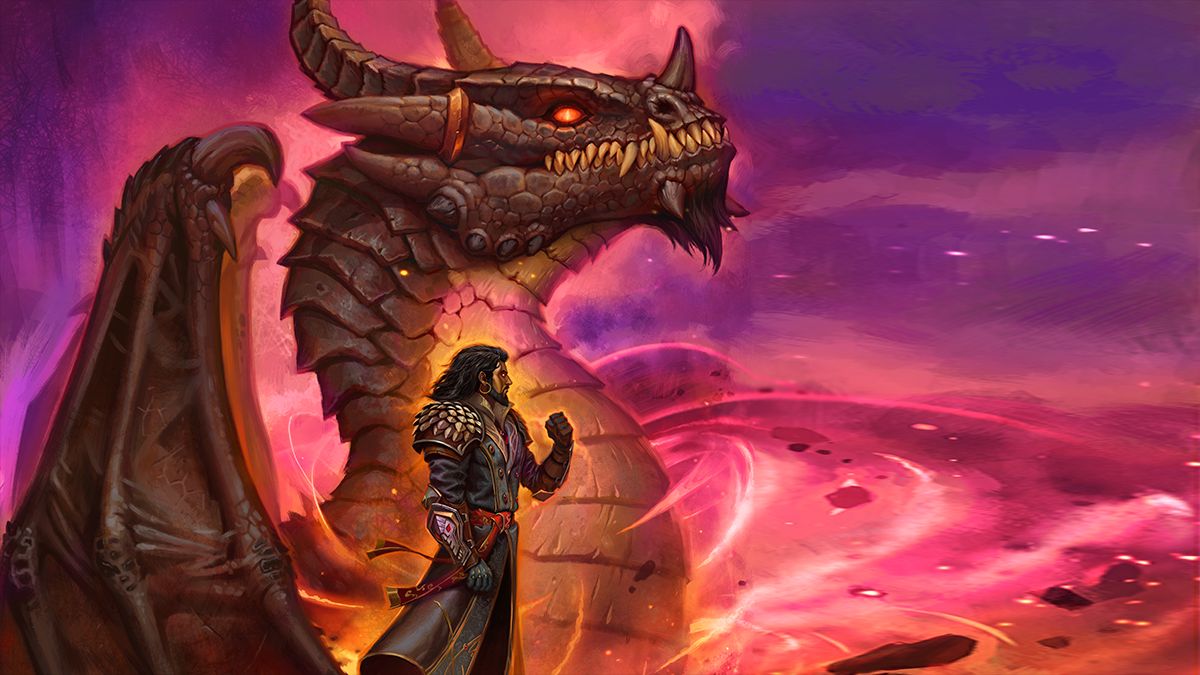 Attend the wedding of the century with Wrathion as he seeks knowledge about the Dragon Isles, the ancestral homeland of Azeroth’s dragonflights, in this humorous and heartfelt short story by New York Times bestselling author Christie Golden. [Learn More] 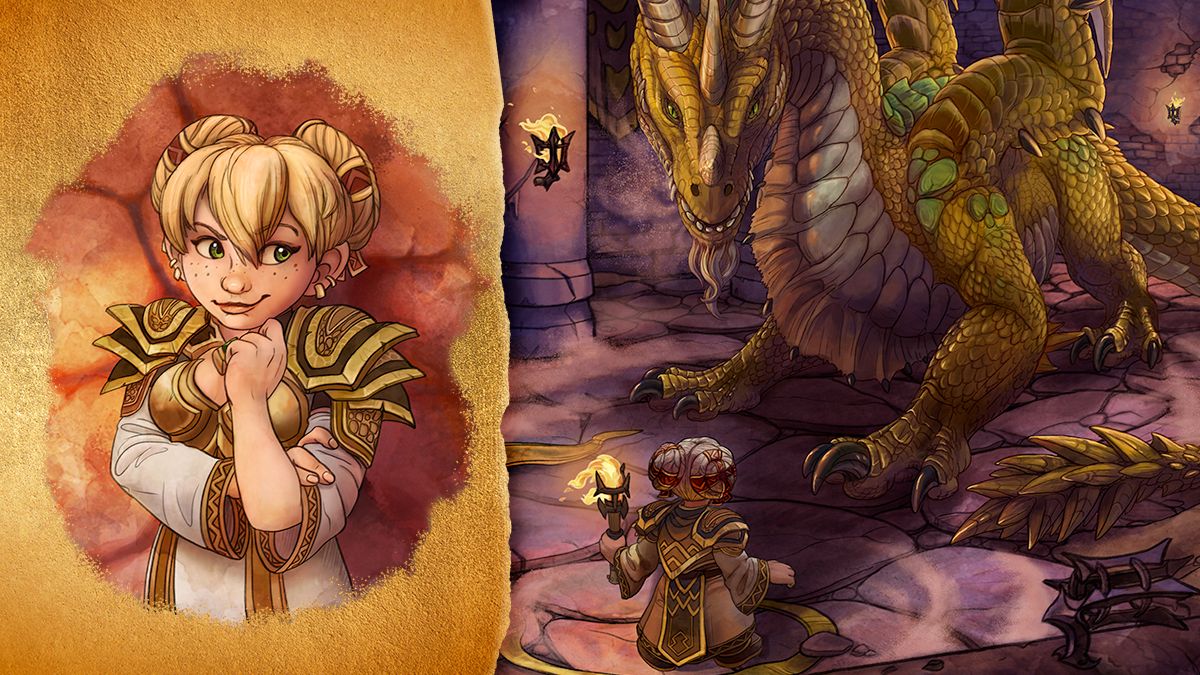 Travel Azeroth with Chromie as she seeks wisdom from her fellow dragons in creating a visage, the mortal form dragons choose when coming of age, in this charming and heartfelt fairy tale by Lead Narrative Designer Steve Danuser, part of the short story collection Folk & Fairy Tales of Azeroth. [Learn More]

Take to the Skies with the Dragonflight Soundtrack

Music from World of Warcraft: Dragonflight

Surging with elemental magic and the life energies of Azeroth, the Dragon Isles are awakening once more for you to explore their primordial wonder—let the music accompany you on your journey.

Step Foot into the Dragon Isles with the Sounds of Dragonflight

With the release of Dragonflight, a new composition of the main title, “The Isles Awaken,” carries you on an auditory adventure through the Dragon Isles.

Express Yourself with Dracthyr Emojis

Earlier this year, we released a series of Dracthyr-themed emojis. Learn more about how these came to be in our previously published article. We hope this lovingly curated selection of some of our favorite dracthyr emojis helps enrich your communities across Discord, Twitch, and social media.

We hope you enjoy spreading the dracthyr love!

(c) 2022 Blizzard Entertainment, Inc. All trademarks referenced herein are the properties of their respective owners.

See you on the Dragon Isles!