New Story of Warcraft Wallpaper
We’ve just released a new wallpaper image featuring art from The Story of Warcraft, a historical record that will bring you up to speed with everything that’s happened in the Warcraft universe since the release of Warcraft: Orcs & Humans. 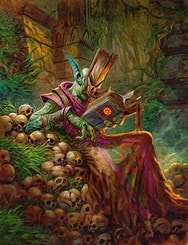 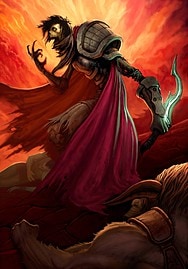 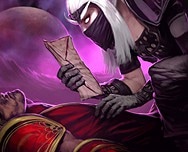 New World of Warcraft Comic
Last but not least, we've added a new community comic to our gallery submitted by Michael (Mikey).

The Blizzard Comic Contest Is Back!
The time has come for the epic return of the Blizzard Comic Contest! We’re looking for original comics focused on the Warcraft, Diablo, or StarCraft universes... and we want you to create them. Each month, we’ll review your submissions and select one winning comic to receive a prize. We’ll also choose several honorable mentions; winning entries and honorable mentions will be displayed on our comic pages for all the universe to enjoy. You can learn more details about the prizes, read the complete official rules, and submit your comics here.

Did you know?... Submitting Media. Many of the best updates found on our website each week were created by you! Fan Art, Screenshots, Wallpapers, and Comics all come from player submissions, and we want to thank you for your wonderful contributions.

Be sure to give a shout-out to your favorite pieces in the comments below.