Saturday 8th April saw Warcraft heroes go head-to-head as the first cup was fought for and won in the WoW Arena World Championships. Eight teams, in ten epic matches, played each other in a tense fight-to-the-death. Check out the results below and catch all of the action here.

Team Meatballs have been on the scene a long time and are always successful on the arena ladder. This year, however, they finished second for the first time. Congratulations Meatballs!

The team they played initially was Demonology Warlock, Elemental Shaman and Restoration Druid, until facing down a 0-3 defeat at the hands of Panda Global in the semi-finals. Learning from that experience, they swapped to Demon Hunter in place of Ele Shaman. It clearly worked, as they smashed Panda Global 3-0. Bam!

Panda Global are an experienced supergroup formed with members from Northern Black, Northern Red and Tempo Storm. All three teams competed at the Americas Regional Championship, seeded 1st, 2nd and 3rd. Who can argue with that background? 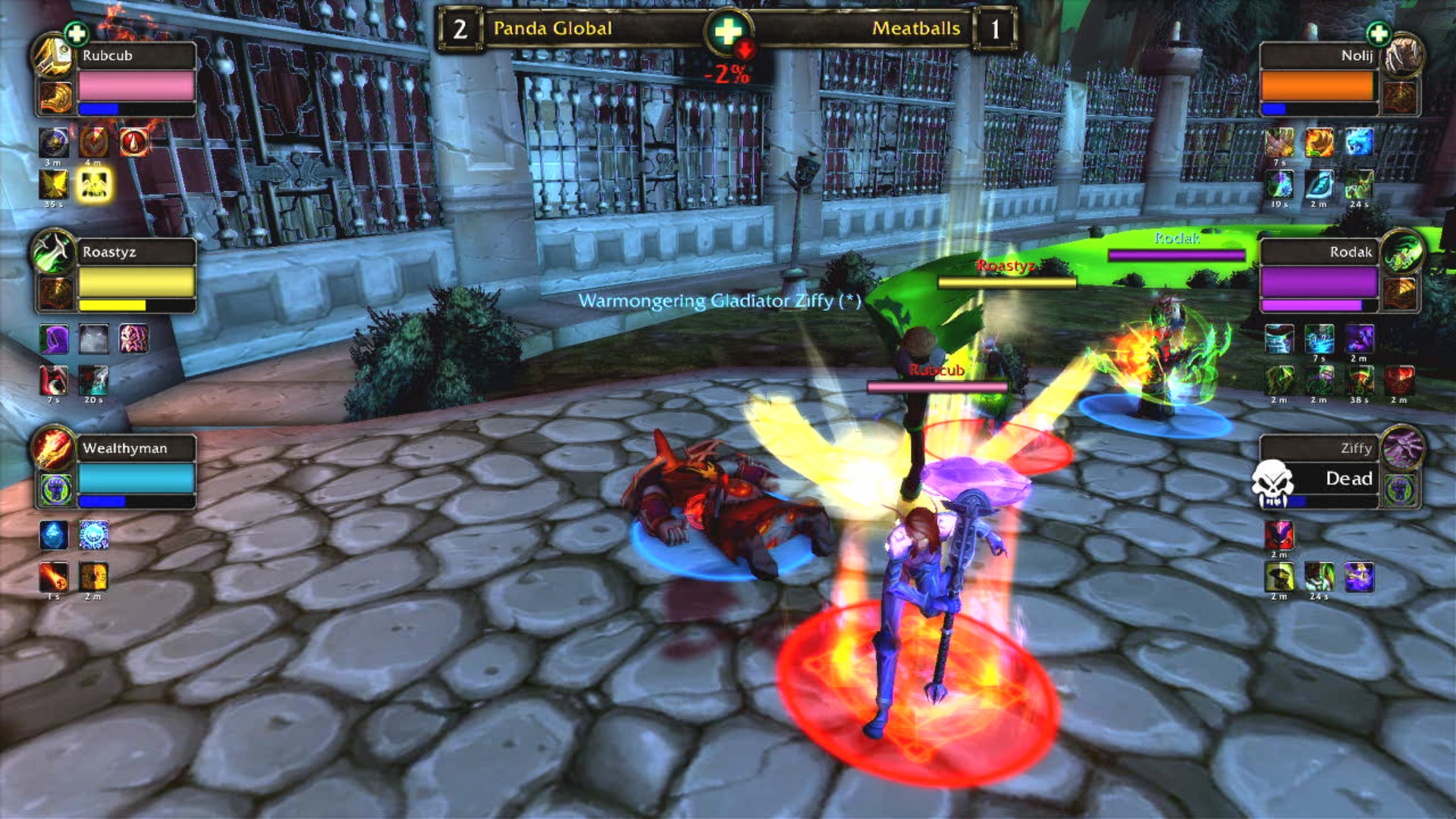 In the second series of the double-elimination grand finals—Panda Global’s second chance—they stepped up to the challenge with a change in mentality. According to Rubcub: “We decided we’re just going to damage and play to win.” You can’t argue with words like that!

Team Meatballs fought back hard, but the Pandas patient playstyle and shift in attitude paid off: they took the series 3-1 and were crowned Arena Cup #1 champions.

Want To Get Involved?

You can award points to teams by running your own community event, find out more here .

Details of Cup #2 will be announced shortly—watch this space!