The World of Warcraft Classic Fall Conquest is ready to invade the Arathi Basin! Watch live on YouTube.com/Warcraft and Twitch.tv/Warcraft beginning Saturday, October 3 at 10:00 a.m. PDT.

The 15v15 Arathi Basin WoW Classic Fall Conquest begins this Saturday with the EU qualifiers! Eligible players with a level 60 character in WoW Classic can still sign-up for a chance to compete for a separate $6,000 (USD) prize pool for North America and Europe – distributed amongst the best two teams in each region’s finals. Sign-ups are still open for EU competitors until Thursday, October 1 at 10:00 a.m. PDT and NA competitors until Thursday, October 8 at 10:00 a.m. PDT. Check eligibility and rules, then register your team for NA here and EU here! 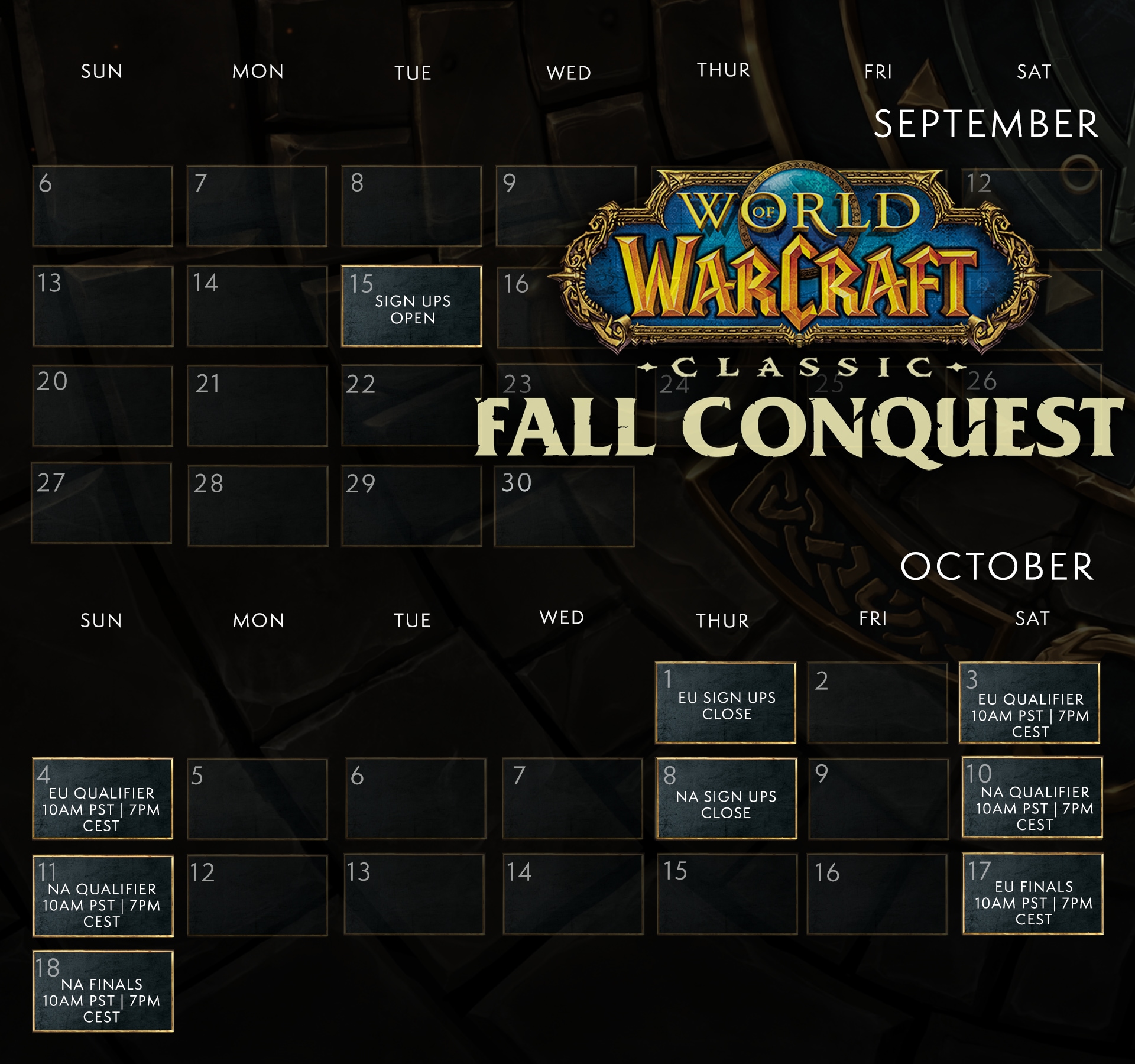 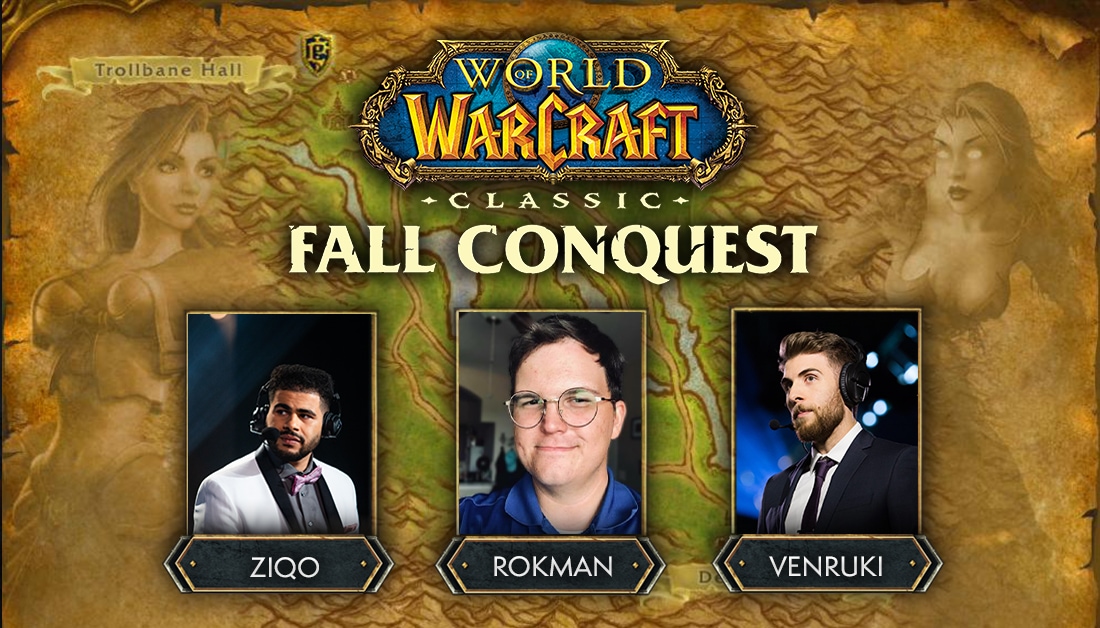 Be sure to sign up now and join our Discord server to keep up with the competitors!

Stay connected and on top of the latest news by following us on YouTube and the WoW Esports Twitter channel. Good luck and have fun!